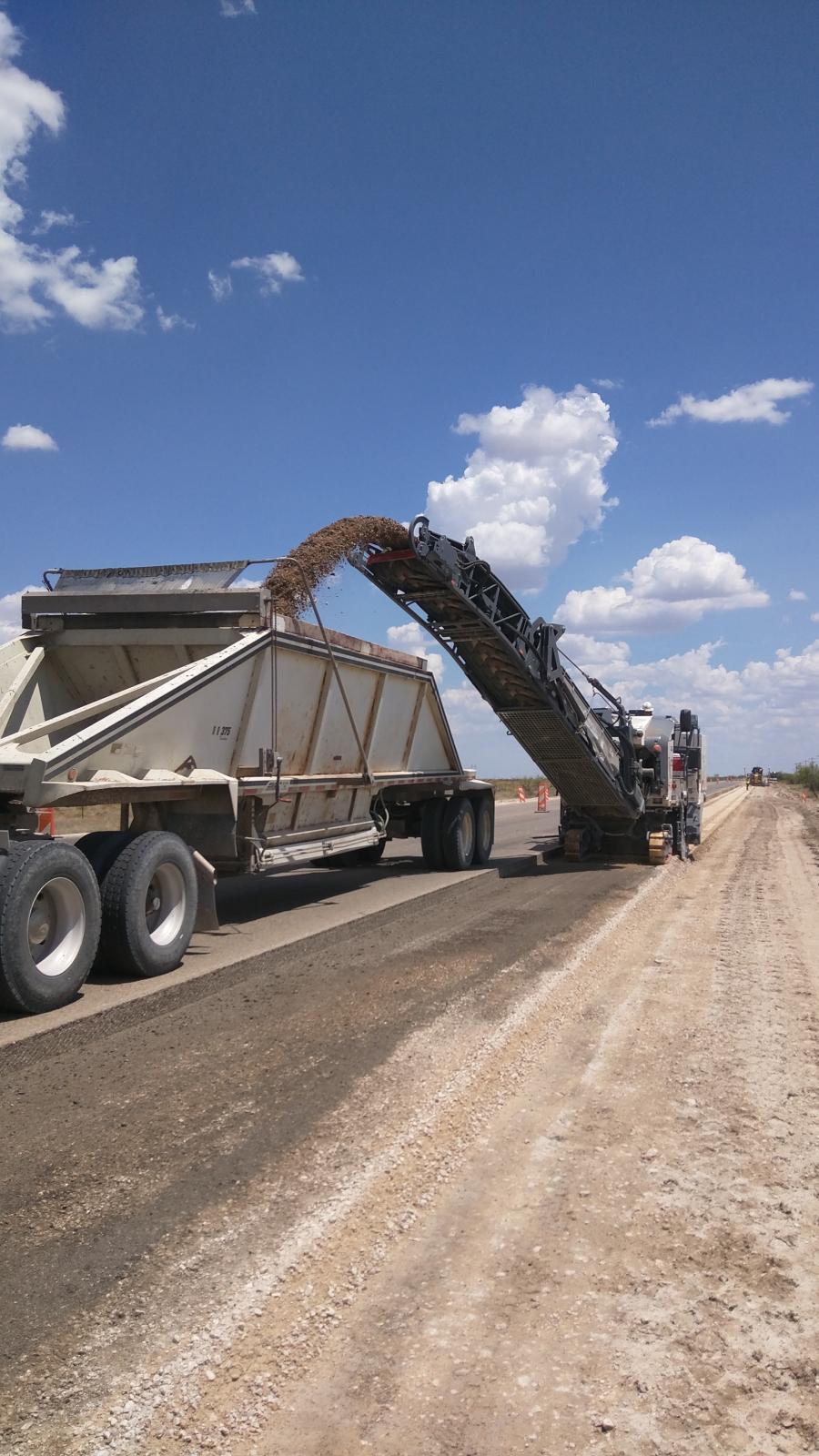 New Mexico Department of Transportation photo. A $23 million pavement rehabilitation and shoulder-widening project will improve safety and travel on NM 529 in Lea County near Hobbs, N.M.

A $23 million pavement rehabilitation and shoulder-widening project will improve safety and travel on NM 529 in Lea County near Hobbs, N.M. The project, designed to improve highway capacity, is currently on schedule and on budget.

Phase 2 of the project, under contract to James Hamilton Construction Co. of Silver City, N.M., a highway, mining and heavy civil contractor. Work on the roadway started in May of this year and should conclude in fall 2017.

“The contract is about 25 percent complete,” said Manon A. Arnett, quality manager and public information officer of New Mexico Department of Transportation's District Two office. “The contractor is working on balancing earthwork, pipe extensions and capping pipe at the time being.”

About 19 subcontractors are assigned to the project. Between 20 and 25 construction workers are on the job each day in various locations.

The project is located in rural New Mexico. It spans 31 mi. (50 km) and consists of two separate projects.

The first phase, finished on June 22 of this year, started at milepost 22 and proceeded east to milepost 31 near the junction of U.S.-62/180.

It includes cold mill and overlay of the driving lanes, installation of 8-ft. (2.4 m) shoulders, replacement, cleaning or repairing of existing drainage culverts and improvements at key intersections.

Intersections are being reconstructed to provide better sight distance and mitigate congestion. In addition, merging lanes are being built at major intersections.

The improvements are designed to accommodate heavy oil field traffic in the area.

“This was one of the most heavily traveled in southeastern New Mexico,” Arnett said.

“New Mexico's roads and highways are literally the foundation of our commerce,” Arnett said. “Investing in our roadway will keep our families safe and provide a stronger foundation for economic growth.”

In regard to economic improvement, studies have found that for every $1 million spent on urban highway or intermodal expansion, 2.9 local long-term jobs are created as a result of improved access.

Fill material needed for the design profile is available on site. Some additional materials will be brought in for paving operations.

They are part of a plan to address roadway and bridge deterioration, traffic safety concerns and a lack of adequate capacity on some roadway and transit corridors. The lack of newer roadways poses a risk to public safety and threatens to stifle economic growth. Studies have found that highway improvements can reduce traffic fatalities and crashes while improving traffic flow to help relieve congestion.