The collapse, which injured five, could have had far more devastating effects according to one driver who was on the bridge at the time. 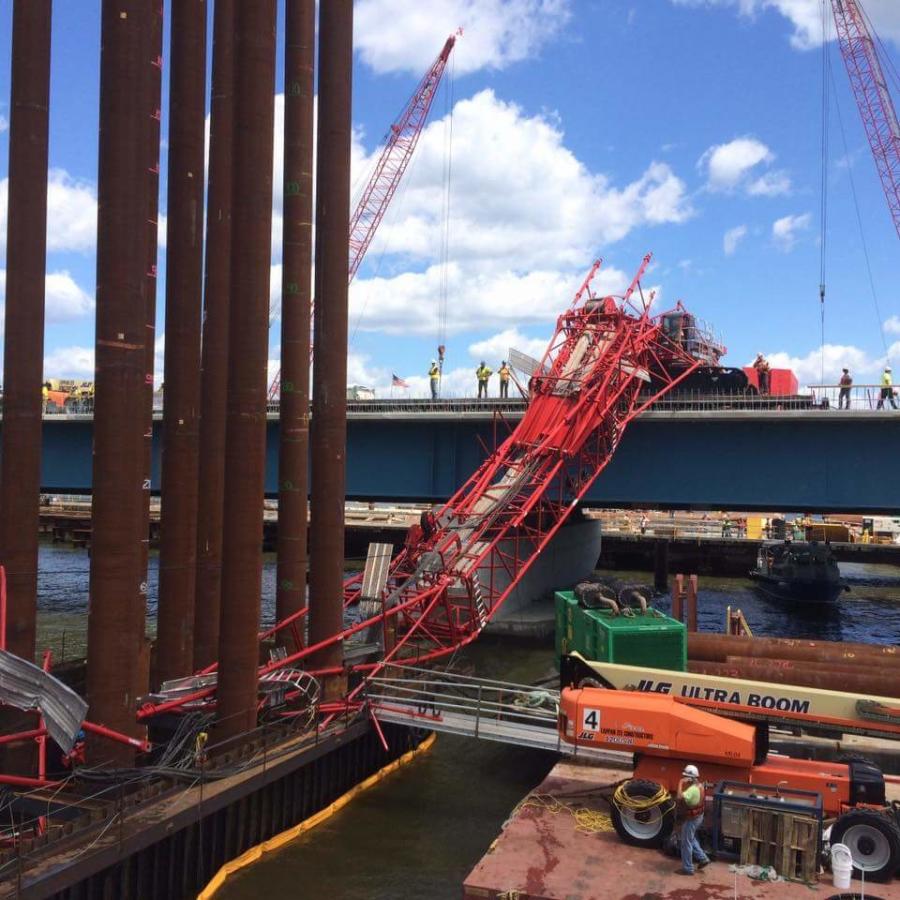 Image courtesy of Facebook. The collapse, which injured five, could have been much worse according to one driver who was on the bridge at the time.

The Daily Mail is reporting that a truck driver who was transporting propane tanks across the Tappan Zee Bridge in New York narrowly avoided a disaster when a giant construction crane toppled, missing him by just a few feet.

Mike Matza was driving a Porco Energy Truck with 270 barbecue tanks - some of which were filled - when the crane crashed onto the bridge from a new construction just alongside it, halting traffic in both directions, NBC reported..

Five people were injured, but the father of three said the situation could have been a lot worse if he hadn't slammed on the breaks in time, NBC reported.

Two workers were also injured, but none of their injuries were believed to be serious, according to NBC New York.

The Coast Guard said the crane operator was rescued from the Hudson River after the construction equipment collapsed.

The operator was shaken but he wasn't injured.

Barricades will be lifted so drivers can do U-turns and drive to the nearest exits, according to police.

The crane toppled off the new Tappan Zee Bridge, which has been under construction for three years and slammed into the busy thoroughfare it is expected to replace in 2018.

The base and treads of the huge, movable crane sat on the unfinished new bridge across the Hudson River between Westchester and Rockland counties.

Part of the toppled crane lay across the lanes of the old bridge. Another section lay across a construction platform in the water between the two spans.

No cars were hit during the incident just before noon on Tuesday, and Governor Andrew M Cuomo said, 'This was nothing short of a miracle.'

In a video taken by Matza on his phone, the wreckage can be seen shockingly close to the hood of his truck.

He told NBC there were two cars in front of him that managed to slow down in time, and he counted his lucky stars that he was able to react quickly.

'You see what it did to the guardrail to the other side of the bridge, which is reinforced steel,' Matza said.

'This truck would have been no match for that- it could have easily split the struck, split tanks and propane gas could have leaked out and created a much bigger problem.'

The crane halted traffic in both directions, and authorities said the bridge would be closed indefinitely as crews work to clean up the wreckage.

Rockland County Executive Ed Day wrote on Twitter that three people suffered minor injuries when vehicles swerved and stopped to avoid the wreckage, although the number was later updated to five.