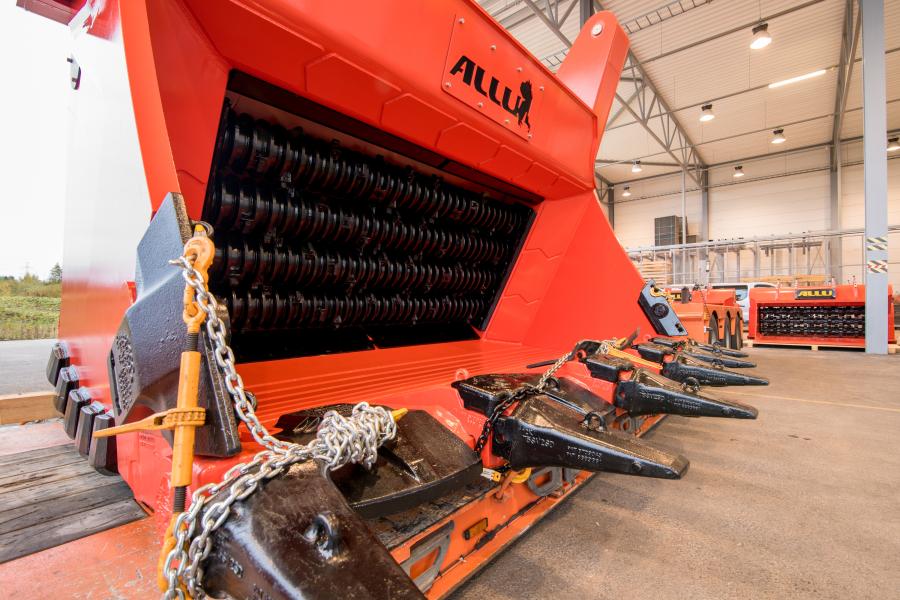 The new ALLU DARE Data Reporting System, connected to the ALLU Screener Crusher, enables the customer to monitor performance at the jobsite, and produces data that will help to manage the working processes.

Two major themes marked the year 2016 for ALLU worldwide: the launch of the largest screener crusher ever manufactured, and strong growth in the Chinese market.

According to the Chinese horoscope, year 2016 was the year of a monkey; for ALLU it has been the year of the Customer. As China has increasingly promoted a more responsible and sustainable environmental policy, ALLU has taken a well-earned role in the market supporting these goals. Year 2016 meant significant growth for ALLU in the Chinese market – over 200 percent. The focus has been on environmental care. By listening to its customers, ALLU has been able to offer the right kind of solutions – for example, in recycling processes – for the demanding challenges that the Chinese market currently faces. The importance of EHS (environment, safety and health) and its related standards are being met, as ALLU values and practices provide strong bases to respond to customers' expectations.

During 2016, ALLU has once again offered new solutions for process knowledge and cost efficiency, making ALLU products a safe investment for the customer.

• The new ALLU DARE Data Reporting System, connected to the ALLU Screener Crusher, enables the customer to monitor performance at the jobsite, and produces data that will help to manage the working processes.

• To provide better cost efficiency for customers, ALLU increased the wear characteristics of ALLU blades by 40%.

• ALLU Screener Crushers' renewed design allows all ALLU drums and blades to mix with all ALLU frames. By changing the wear parts, the customer always has the right kind of attachment in the optimized setup for the application. There is no need to invest in additional equipment.

ALLU finalized the year 2016 impressively by bringing to the market the largest mobile screener crusher ever manufactured – the 35-ton (32 metric ton), heavy ALLU G 4-32 F, with a payload of over 55 tons (50 metric tons). ALLU designed this unit as an answer to customers' needs for cost savings and environmental benefits – both hot topics in the mining industry.

As contractors and mining operators are forced to react to this changing atmosphere of the market, ALLU has been there to support positive development. For example, ALLU Screener Crushers contribute to further cost savings and environmental benefits in mining operations by screening out waste rock from the mine, and leaving it behind in its original location in the mining cell, instead of transporting the waste. This results in reduced costs for fuel, transportation and maintenance, as well as a healthier impact on the environment.