Samuel Rosoff aka "Subway Sam" a Russian immigrant came to New York City by himself in 1894 at the age of 12. He sold newspapers beneath the Brooklyn Bridge upon his arrival. Rosoff was a millionaire construction contractor by age 24. He specialized in tunnel construction and was the president of Woodcrest-Rosoff Bros. Rosoff in 1937 had an incredible $110 million backlog in work. 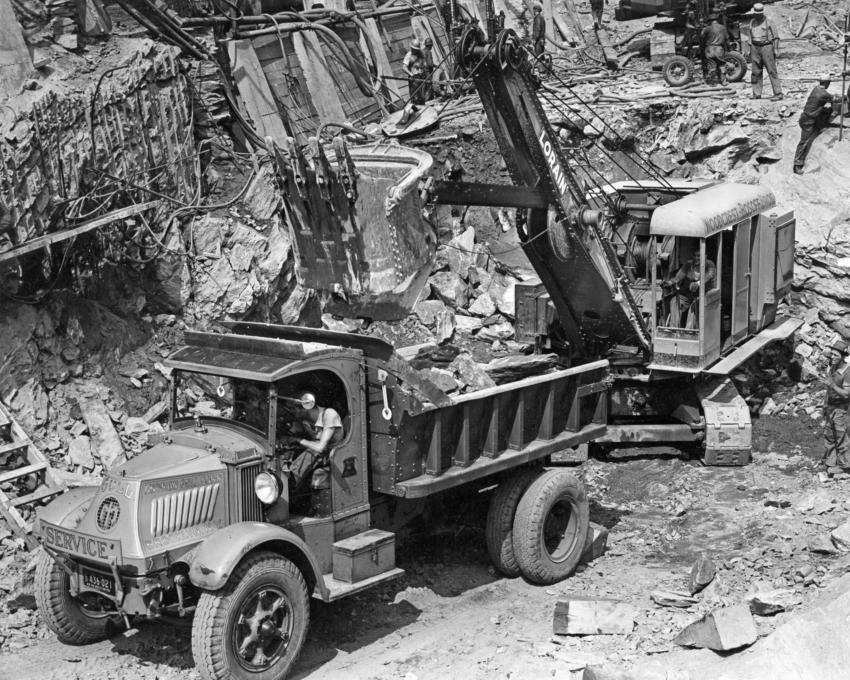 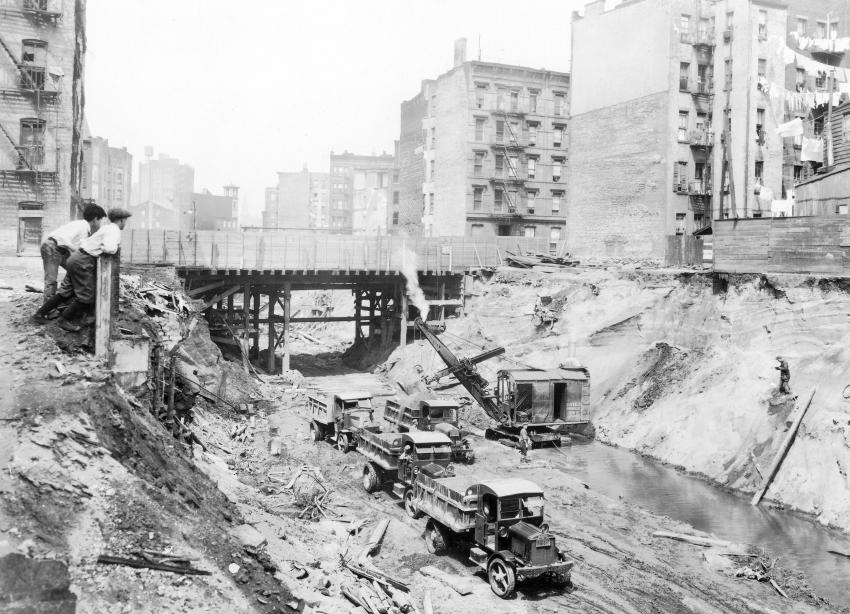 Edgar Browning Collection photo. Rosoff Subway Construction Company Inc. is using a Bucyrus steam shovel to load a fleet of dumps trucks between Charlton and King Streets in New York City on May 11, 1927. Young boys serve as sidewalk superintendents, gazing at the heavy excavations in this cut and cover tunnel segment.