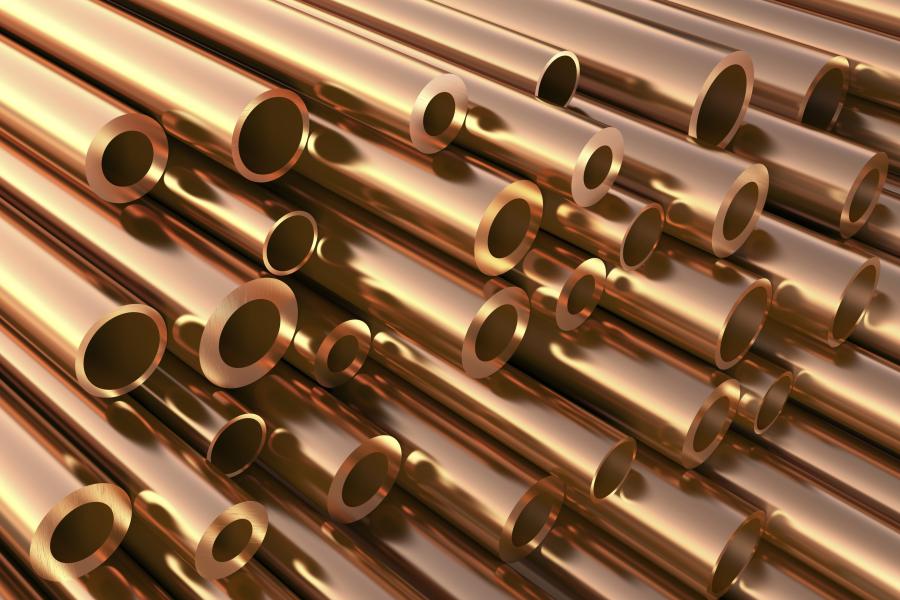 Copper prices on Wednesday leapt to their highest since July 2015 after Trump, while addressing supporters after his stunning upset to win the U.S. presidential race, reiterated his plan to embark on upgrading infrastructure in the country.

Copper prices jumped by the most in more than a year Thursday, extending gains as investors prepare for a possible boom in infrastructure projects under Donald Trump's presidency in the U.S.

A gain of that much would be the strongest for copper since early September 2015, based on most active contracts, according to FactSet.

Copper prices on Wednesday leapt to their highest since July 2015 after Trump, while addressing supporters after his stunning upset to win the U.S. presidential race, reiterated his plan to embark on upgrading infrastructure in the country. Improvement of roads, airports and ports are among the projects Trump has previously said he wants to tackle.

“Within the commodity space, industrial metals have so far been the clear winner in the aftermath of the election,” said Ole Hansen, head of commodity strategy at Saxo Bank, in a note Thursday.

Along with improvement in economic data from China, a major buyer of industrial metals, “Trump's pledge to spend, combined with a surge in speculative demand on exchanges from New York to London and Shanghai, have all helped drive copper up to a 16-months high,” he wrote.

Infrastructure investments are “a natural route” to take for any president looking to create growth and jobs, said Hansen

“So far, the market has taken [Trump's] pledge at face value and the speculative demand now needs to be replaced by real demand in order for this rally to be sustained,” he said.

“Increased fiscal stimulus in the U.S. and other [developed markets] is so important for the industrial metals because demand in world ex-China has barely expanded over the past five years,” said analysts at Bank of America Merrill Lynch in a research note Thursday.

They said continued Republican control of Congress “looks to increase the chances of fiscal stimulus especially on U.S. infrastructure, which should support the base metals and we are cautiously optimistic that this may be the predominant driver in the coming quarters,” the Bank of America analysts said.

Investors were also pushing up shares of companies that may benefit from bulked-up spending on U.S. infrastructure projects. Among them was CRH PLC CRH, +0.68%with shares of the Dublin-based building-materials companies surging nearly 11% over the past two sessions. The U.S. market makes up 51% of CRH's revenue.