This year, the U.S. started turning gas from prolific shale formations into liquefied natural gas and sending it overseas. 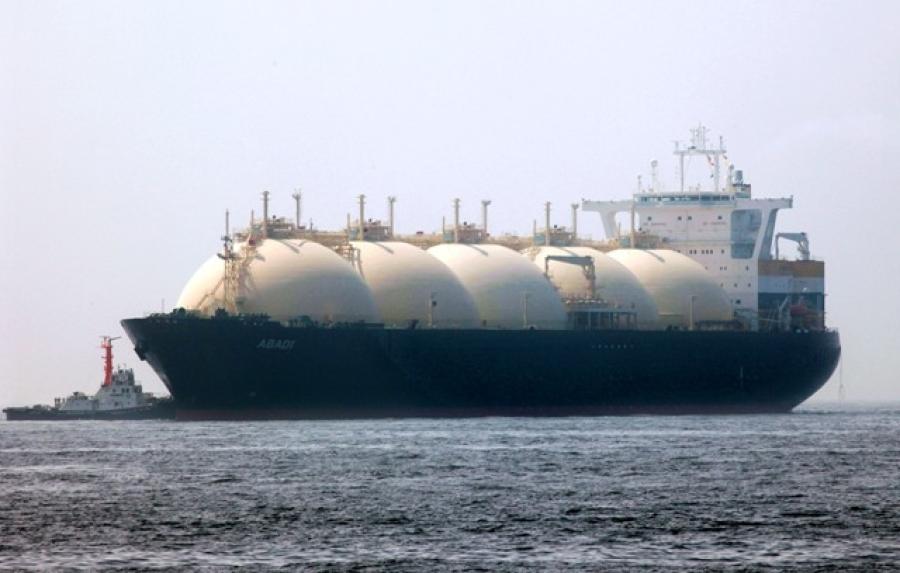 Refurbished pipelines and terminals will come online next year to help unleash the U.S. shale gas boom into the world. (Vesselfinder photo)

For decades, America depended on the world for energy. Today, it's becoming a global supplier of oil and natural gas in its own right. This year, for the first time ever, the U.S. started turning gas from prolific shale formations into liquefied natural gas (LNG) and sending it overseas. In 2017, the country may be exporting more of the heating fuel than it imports for the first year since the 1950s.

Refurbished pipelines and terminals will come online next year to help unleash the U.S. shale gas boom into the world. But risks still loom. It remains costly to ship U.S. gas to major consumers in Europe and Asia, and President-elect Donald Trump's trade priorities could make U.S. LNG more expensive than supplies from other producers around the world.

Caught off guard by the shale boom

Just a decade ago, gas supplies from conventional wells were drying up. Major energy companies such as Exxon Mobil Corp., BP Plc and Chevron Corp. were planning to spend billions on gas import terminals to offset the decline. The technique known as hydraulic fracturing, or fracking, changed everything for gas drillers, allowing them to pull the fuel out of layers of shale rock and touching off the U.S. shale revolution.

America's frackers are pulling 18 billion cubic feet of gas per day from the Marcellus shale formation in the eastern U.S., more than any other domestic shale deposit. But the U.S. pipeline system was designed only to move gas from the Gulf Coast to cities in the Northeast—not the reverse.

In order to get the gas to the Gulf Coast, where export terminals are being built to send the fuel overseas, pipelines are being re-engineered to flow south. Thousands of miles of bidirectional pipelines are slated to be online in 2017.

Among other sources, Cheniere Energy Inc. has contracts with several bidirectional pipelines to receive fracked gas from Marcellus. Cheniere won approval from U.S. regulators to export LNG in 2010, years ahead of competitors. Cheniere's Sabine Pass terminal is currently the only operational export terminal in the lower 48 states. That's about to change, though, as four more terminals are forecast to become operational by 2018 and at least a dozen more have been approved or are pending certification.

About 40 shipments of LNG have been exported from Cheniere's Sabine Pass terminal in Louisiana, which began operations in February. Most of the cargoes have been delivered to South America and Mexico. Once all five terminals are fully operational, U.S. energy producers would have the capacity to export 10 billion cubic feet of LNG daily, up from about 1 billion in 2016.

U.S. exporters have ample supply, customers may be harder to find

It's less clear who will purchase all this U.S. gas. And energy companies are asking for permission to send even more abroad. The Department of Energy is reviewing more than two dozen applications from companies seeking to export up to 36 billion cubic feet a day, or nearly half of U.S. production, to countries that don't have trade agreements with the U.S. While markets in South America are poised to absorb some of this supply, increased competition abroad could make it tough for U.S. gas to compete farther from home.

Price is another concern. Although U.S. gas at the benchmark Henry Hub in Louisiana dropped to historic lows earlier this year, transportation costs make it cheaper for buyers in Japan and South Korea to import the fuel from Australia and Qatar. A Trump administration also threatens to put an end to U.S. involvement in the North American Free Trade Agreement, a step that could make U.S. exports to Mexico costlier. Without another gas price drop, future markets for U.S. LNG may be limited.

The shale revolution has undoubtedly put America on a path to becoming a global gas powerhouse. The ability to find more buyers as U.S. capacity increases at a competitive price will dictate how dominant the U.S. will become as an energy power in 2017 and beyond.