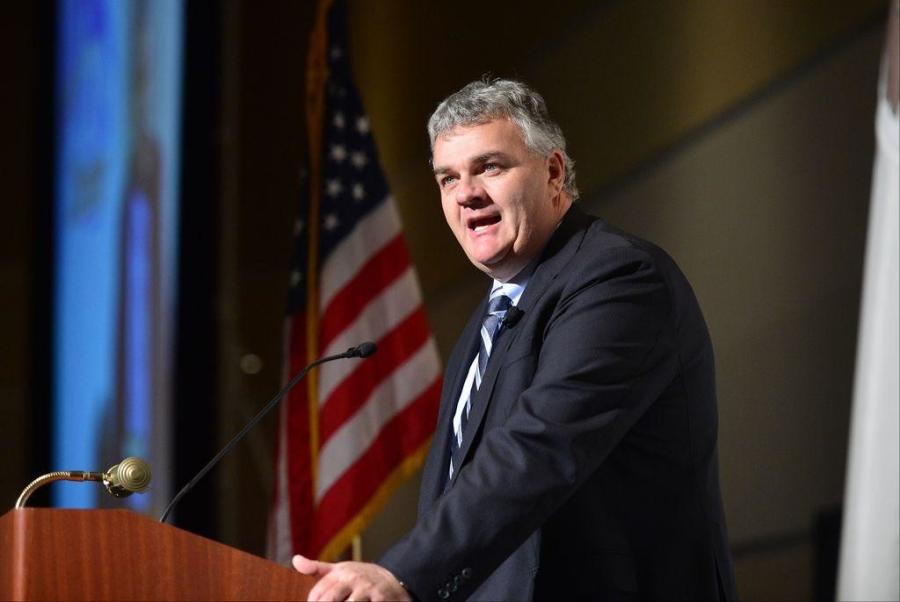 Charter's retirement will be effective June 1, 2018.

Following a distinguished career spanning nearly 30 years with the company, Caterpillar Inc. announced April 10, that Group President Rob Charter has elected to retire. Since 2015, Charter has been a group president of Customer & Dealer Support (C&DS).

“During his three decades with Caterpillar, Rob has built a reputation for his focus and unwavering commitment to helping our customers succeed,” said Caterpillar CEO Jim Umpleby. “Rob's global perspective - he's held positions in Asia, Latin America, the United States and in his home country of Australia - is just one reason he's a valuable member of our executive leadership team. Rob is also known within the company for his passion for developing and mentoring Caterpillar employees around the globe. We wish him a long and happy retirement.”

Charter's retirement will be effective June 1, 2018. The company expects to announce a replacement in the near future.

“I've had an extraordinary career and am grateful for the opportunity to have served our customers for the past three decades,” said C&DS Group President Rob Charter. “I'm honored to have led some remarkable teams. And, over two-thirds of my time at Caterpillar was spent working alongside what I still believe is one of the company's greatest competitive advantages – our dealer network. My wife, Tammy, and I look forward to returning home to Australia and spending more time with our family.”

Charter joined Caterpillar in 1989 as a development engineer in Melbourne. Early in his career, he worked in service training, machine sales and service, mining product support, manufacturing, construction, quarry and forestry. Charter was also a district manager in Australia. Charter's next leadership position was with Caterpillar's Asia Pacific Division in Tokyo as product manager. In 2005, he was appointed southern region manager in Caterpillar's Latin America Division, a position he held until 2008 when the Caterpillar board of directors named Charter vice president of the Asia Pacific Distribution Services Division. He held this position until January 2013 when he was appointed as vice president of the Excavation Division. He became a group president and a member of Caterpillar's Executive Office in 2015. Charter holds a bachelor's degree in mechanical engineering from Ballarat University in Victoria, Australia, and has completed the Stanford University Executive Program.