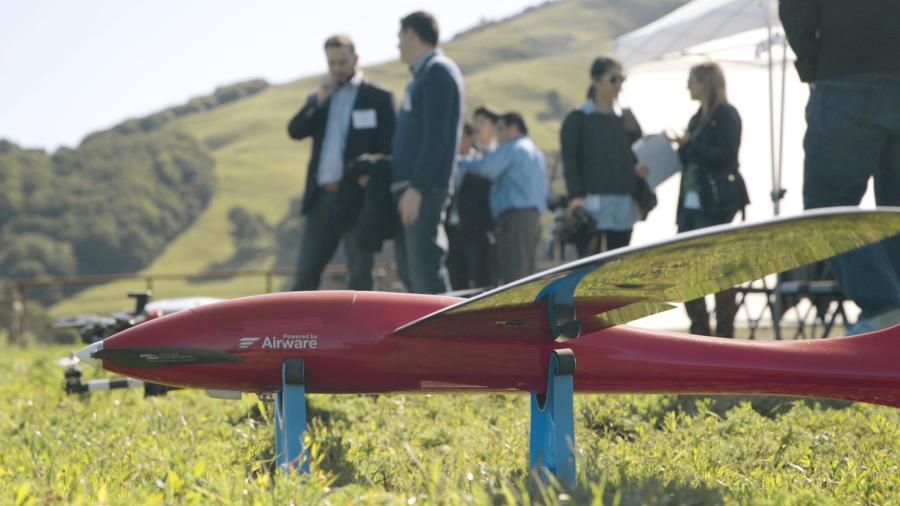 The venture arm of Caterpillar Inc., a major manufacturer of construction and mining equipment, has invested in San Francisco drone tech startup Airware. Rather than make its own unmanned aerial vehicles, Airware has focused its efforts around providing software and services that help large enterprises use drones throughout their operations.

Airware's cloud-based software helps companies plan flights, automate those as much as possible, then analyze all the data their drones collect. In putting drones to work, large construction, mining and insurance companies generally seek to cut costs, improve worker safety or increase their revenue and productivity.

The founder and CEO of Airware, Jonathan Downey, says that the company has narrowed its focus from many industries to just a few: insurance, construction and mining. “These are industries where there's already a real use case, and economic feasibility for employing drones commercially at scale,” he said.

He offered a few examples of how these business are using Airware today. Insurance companies use the company's drone tech to inspect rooftops for damage, or to analyze the flood plains around a building. Mining companies use it to track how much material is coming from a quarry, moving to a stockpile, and getting out to customers– all without having to send workers scrambling to the top of a stockpile with heavy sensors. In construction, Airware helps developers create site maps, conduct pre-site inspections and monitor the progress and safety of a given build.

Caterpillar Ventures invested in Airware as part of the company's last round of funding in 2016, Downey said. Airware has raised around $90 million in equity funding to-date, the company said. Downey declined to disclose specific terms of the deal, including whether or not Caterpillar's involvement may preclude Airware from working with other heavy equipment makers.

According to a press statement, Caterpillar is working with Airware to offer drone services to its own customers, and to enable large dealers of the company's equipment to also offer drone services to their customers. Caterpillar Ventures' partners were not available for comment. Earlier backers of Airware included Andreessen Horowitz, First Round Capital, GE Ventures, Google Ventures (GV), Intel Capital, John Chambers, KPCB and Next World Capital.

In a quest to bring drone tech to large enterprises, Airware's U.S. competition includes other venture backed startups like PrecisionHawk and Kespry, and others globally. A tight relationship with Caterpillar, which is based in Illinois but has worldwide distribution of its equipment, will undoubtedly help Airware win customers beyond the US.

Of a $100 billion market for drone tech overall, including military and consumer drones, Goldman Sachs forecasts $13 billion in spending between 2016 and 2020 on drones in commercial and civil sectors.