Many students in the school’s three packed construction management classes are enrolled to better their incomes. 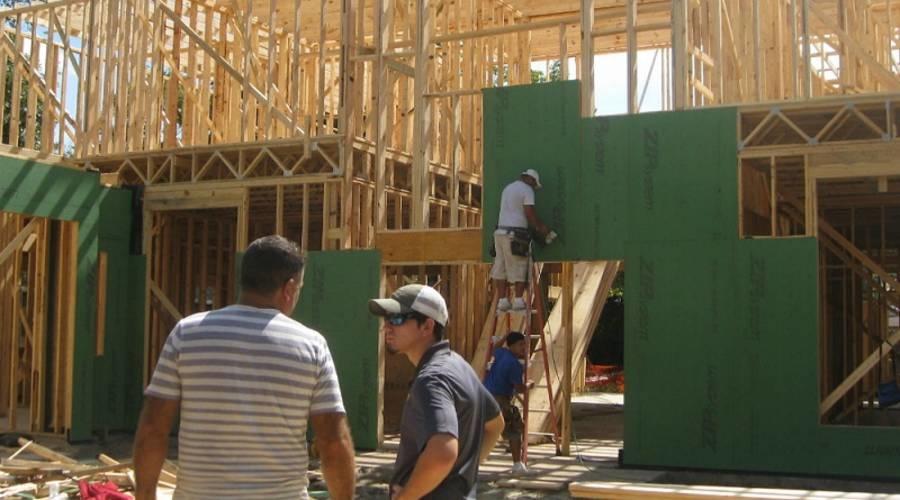 “I've learned there's formulas and sciences to scheduling this and doing the math of timelines. What used to take a year to build or so, we just finished a house in seven-and-a-half, eight months,” Johnson said. “The faster we can go, you can make more money just as long as you continue to build a quality product.”

Johnson's so busy, it seems when he's not in class he's on a job site. Sequel Home Builders hired him as an assistant superintendent, for about $30,000 a year, and is paying his school tab. When the company superintendent left, Johnson got promoted. At North Lake College, where class just ended, Johnson said if he completes six homes a year, he would triple his salary.

“Most of our superintendents,” Johnson said, “make about $15,000 per house, and can do anywhere from five houses to eight houses in a year.”

Many students in the school's three packed construction management classes are enrolled to better their incomes. The college's department dean, Mike Cooley, said their chances are good.

After 40 years in construction, he retired and came to North Lake. These days, instead of supervising a high-rise project, he oversees students.

“They're already working on an hourly basis, and once they graduate, they have 100 percent placement,” Cooley said.

The industry is grateful. Phil Crone, who heads the Dallas Builders Association, said programs like North Lake's amount to the industry's farm system. He said if the college doubled its enrollment, there would probably still be 100 percent placement.

“I do all the maintenance in our building,” she said. “I change their lights out, ceiling tiles, I work on the plumbing. I work on the doors. You know, I do basically a little bit of everything. They call me the Jill of all trades.”

Fifteen years ago — before her divorce — Graf wanted to teach dance. When she needed income fast to raise her kids, she became a licensed plumber, honed other skills, and hasn't looked back. Now, she's looking forward to earning an associate's degree.

“It's kind of overwhelming at times because I do have three kids at home right now and they're mainly teenagers,” Graf said. “It gets a little stressful, but you know, I explain to them momma needs to do this so I can do better for us. You know, everything I do is for my kids.”

Graf earns a little under $50,000 now. With a degree that her employer says she needs to move up, she could make $75,000. It'll take her longer than two years though, because, like most of her classmates, Graf is busy working during the day.