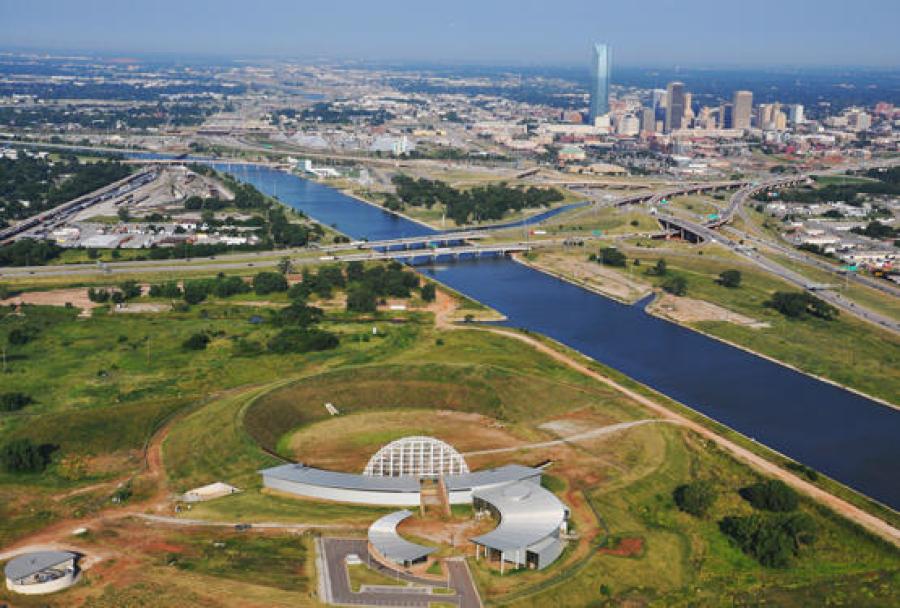 Oklahoma has spent more than $90 million since 2006 to create a site near the Oklahoma River to showcase the state’s American Indian heritage.

OKLAHOMA CITY (AP) Construction of an American Indian cultural center near downtown Oklahoma City is expected to resume in the spring after the last of several obstacles are cleared.

City finance director Craig Freeman said the Chickasaw Nation is in the process of confirming that the state government has cleared the American Indian Cultural Center and Museum site of other obligations.

Oklahoma has spent more than $90 million since 2006 to create a site near the Oklahoma River to showcase the state's American Indian heritage, The Journal Record reported.

Construction stopped in 2012 when the project ran out of money and the Legislature refused to allocate more funds.

Oklahoma City Hall accepted the terms of legislation signed into law earlier this year by Gov. Mary Fallin to finish and operate the center.

The Chickasaw Nation proposed the museum be completed by the state's Office of Management and Enterprise Services, and any capital costs beyond $65 million would be picked up by the tribe. The tribe will pay the city $2 million annually for up to seven years toward operating deficits once the center is open.

Freeman said a draft outlining the property transfer and relationship between the Chickasaw Nation and city officials is expected in early December; both governments will need to approve it.

The center costs Oklahoma approximately $7 million per year for maintenance and payments on earlier construction bonds.