Signs are posted along Crosstown Parkway warning drivers that some roads will begin closing Jan. 3 for the first phase of construction. 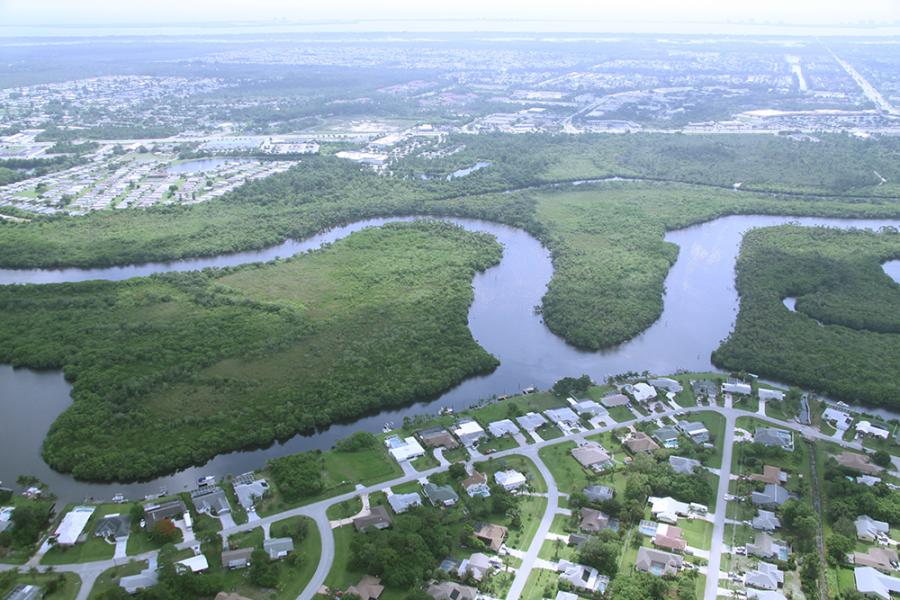 It will provide a third corridor for driving east and west over the St. Lucie River, in addition to Port St. Lucie Blvd. and Prima Vista Blvd.

Controversial construction. After decades of planning and designing the Crosstown Parkway Extension Bridge, the project will break ground in less than a week.

Signs are posted along Crosstown Parkway warning drivers that some roads will begin closing Jan. 3 for the first phase of construction.

“I think most people in the city feel like they get a holiday gift,” said Port St. Lucie City Manager Russ Blackburn.

He says there has been good feedback from some residents excited about the bridge.

It will provide a third corridor for driving east and west over the St. Lucie River, in addition to Port St. Lucie Blvd. and Prima Vista Blvd.

“It's going to be a lot easier getting around town without fighting the traffic on Port St. Lucie Blvd.” said Port St. Lucie resident, Arleane Lauer.

The city got the green light for the first steps of construction once it obtained an essential permit from the South Florida Water Management District.

It allows the city to begin working on the west side of the project, but not near the environmentally sensitive wetlands, Halpatiokee State Park and over the river.

Local environmentalist groups are still fighting to keep that from happening.

Shari Ankar, with the Conservation Alliance of St. Lucie County, says the project is illegal. She says the route for the bridge is harmful to the river and cuts through protected park land.

She and the Indian Riverkeeper are heading to Miami in January for a court hearing with Circuit Judges to fight to keep the project from receiving federal funding.

The city still needs permits from the Army Corps of Engineers and the Coast Guard to move forward with construction near the wetlands and river.

Lauer does not want anything to stop the project, even though it cost her her home.

Dozens of homes were demolished to make way for the bridge, including Lauer's.

“I sat and watched them tear it down. It was not a good feeling.”

She says now, she hopes to benefit from the bridge.

“Let's get it over with now. You screwed up my life as far as my home, so do what you've got to do,” Lauer said.

An official groundbreaking ceremony is scheduled for March.