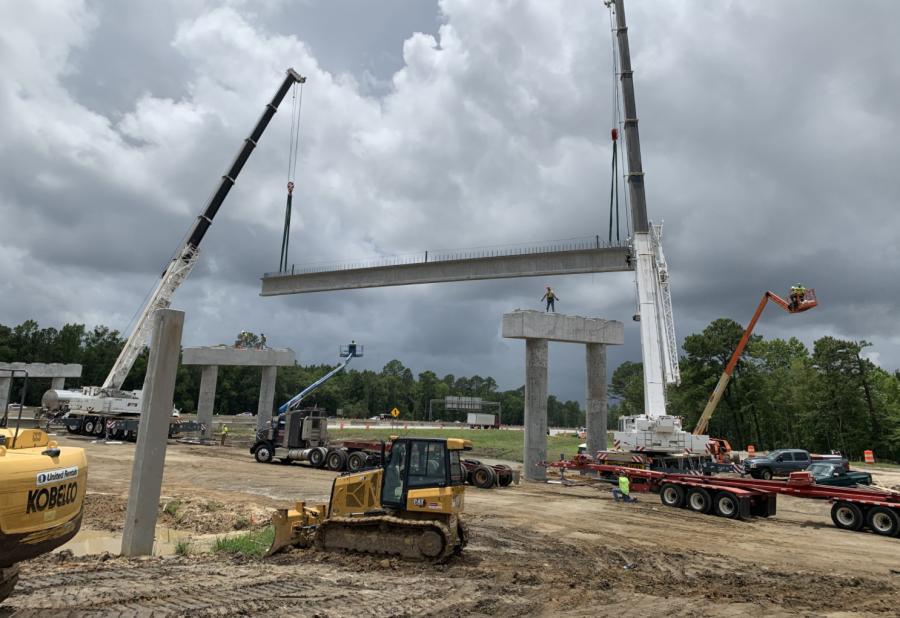 Construction crews are well on their way to completing the $295 million [email protected] Project just outside Savannah. The project is expected to be completed later this year as workers reconstruct and build new spans. (Georgia DOT)

Construction crews and the Georgia Department of Transportation are making considerable progress on a $295 million project just outside of Savannah.

At the point where I-95 crosses over I-16, just a few miles west of downtown Savannah, crews are clearing benchmarks for a major construction project, primarily along I-16, to keep traffic moving safely and efficiently. 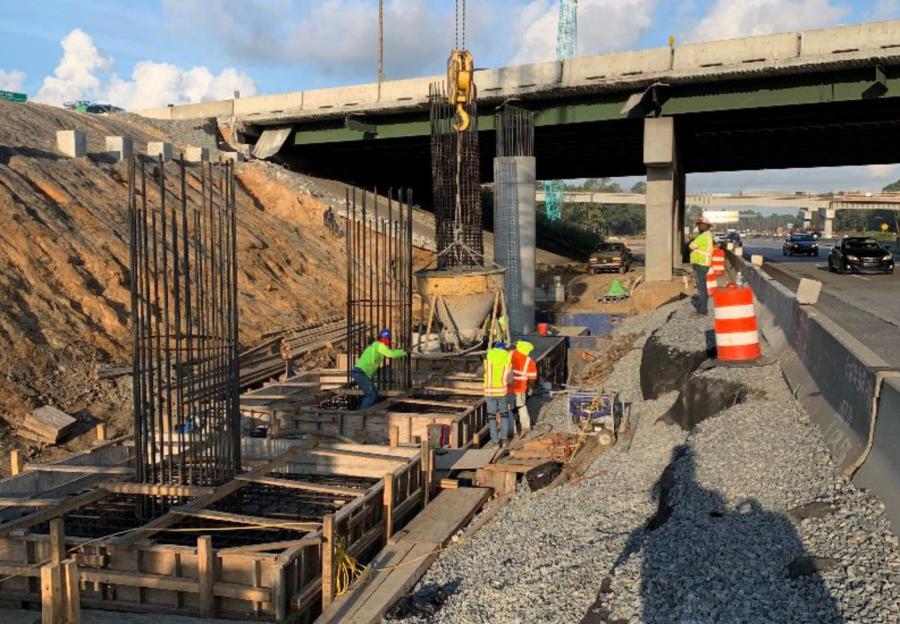 The [email protected] Improvement Project takes aim at improving I-16 and I-95, one of Georgia's busiest freight corridors as well as the gateway to Georgia's growing port in Savannah, by reconstructing the interchange at I-16 and I-95 in Chatham County and widening I-16 to relieve traffic congestion.

Most recently, crews are working on reconstructing six bridges along the route, replacing four other spans and building three new bridges.

The project began in early 2020 and is expected to finish later this year.

The effort is being built by the Savannah Mobility Contractors (SMC) Joint Venture, a group headed by the prime contractors, N.Y.-based Dragados USA and Prince Contracting in Tampa, Fla. The design team is led by Jacobs Engineering, headquartered in Dallas, Texas.

The SMC's major subcontractors include Baker Constructors in Savannah and C.W. Matthews Contracting in Marietta.

Crews erected "partial turbine" bridge ramps with each new column poured and girder set. Constructing these complex structures is a highly technical and precise endeavor. After the bents are constructed on-site, pre-cast concrete girders are delivered and set in place using cranes.

"The most unique aspect of the project is the interchange reconstruction, which will be the first partial-turbine interchange in Georgia," said Denise Grabowski, a consultant with Symbioscity, a Savannah urban planning firm, who, through her company, also is the spokesperson of the SMC Joint Venture on the building enterprise. 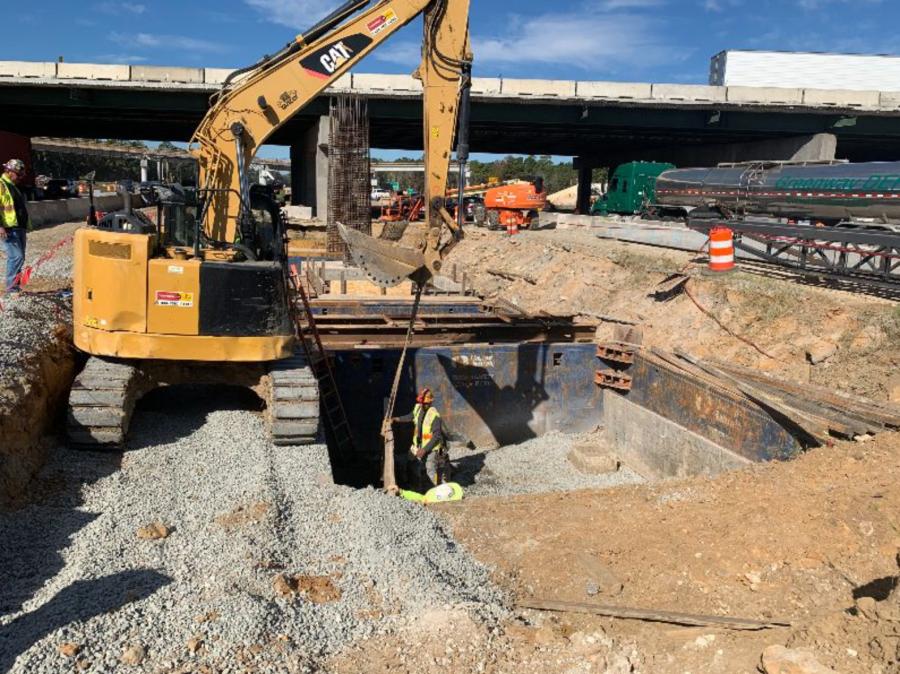 Once the girders are set in place, metal decking Stay in Place (SIP) forms are installed between each girder. This creates the bottom form to support the concrete and rebar when the deck is poured on top of the girders.

Bridge overhang formwork systems are typically made up of a combination of plywood sheathing, timber joists and steel or aluminum overhang brackets. The temporary formwork extends outward from the outside girders of each side of the bridge. This additional width is utilized to pour concrete onto the deck the full width of the bridge and is removed once the concrete overhang is poured. It also provides safe walkways and handrails to the workers performing work far above ground level.

Vertical forms are built to create the edge of the thick concrete deck. These forms are also used as supports for the screed rails that finishes the deck later in the process.

With the form and rebar in place, concrete is then transported from the ground level using a combination of pump trucks and concrete buckets and poured into the forms. A screed is then used to create a consistent level surface.

After the concrete is poured in place, the surface is wetted and covered with burlap and plastic to allow the concrete to properly cure. The concrete must cure for approximately five to seven days. Sample test cylinders are created with each pour and are tested at intervals determined by the project team as well as at 28 days to ensure proper strength is achieved.

Each concrete truck that is delivered to the site holds approximately 10 yds. of concrete.

Concrete is tested constantly throughout the construction of the project. The concrete is tested on the first load and approximately every 50 cu. yds. that arrives on-site each day. Samples of the concrete are pulled and placed into cylinders for strength testing. Some of the cylinders of concrete are allowed to cure and are checked at various intervals. Cylinders are also sent to Georgia DOT's Office of Materials and Testings' lab for further analysis and testing.

Other upgrades to I-16 and its interchange with I-95 include: