The $3 billion is part of a plan to correct what Gov. Cuomo called “a blight on the greatest city in the world.” 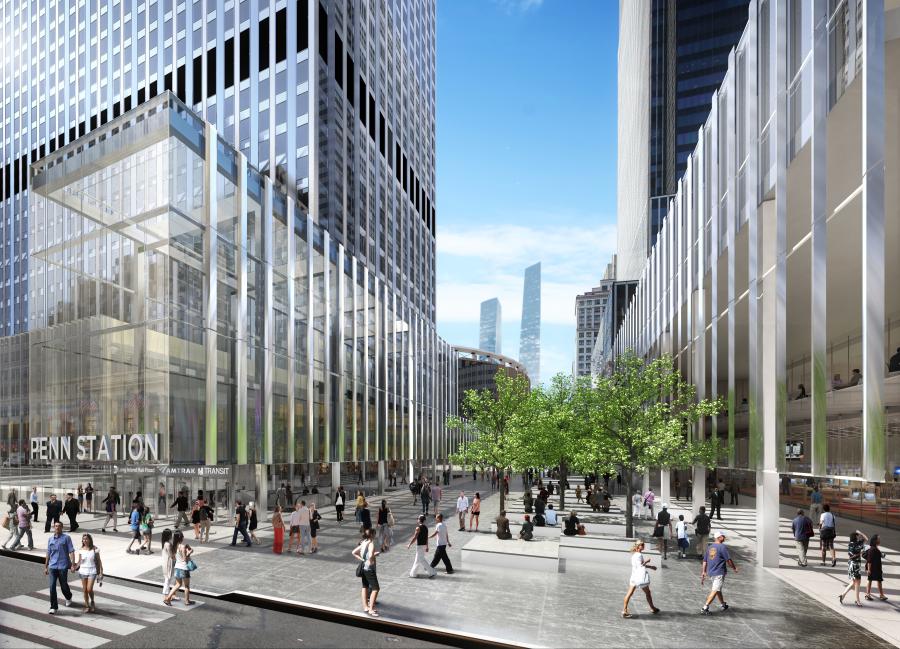 ALBANY, N.Y. (AP) The $3 billion vision for Manhattan's Penn Station includes more light, a new grand entrance, added retail and office space and even a hotel — all part of the plan to transform the cavernous rail hub that Gov. Andrew Cuomo called “a blight on the greatest city in the world.”

The new details emerged from a request for proposals issued by Cuomo, Amtrak and the Metropolitan Transportation Authority. Submissions from developers interested in taking on the project are due in April.

The plan described by Cuomo calls for reinventing the historic James A. Farley Post Office as an extension of the station across the street, to be named the Daniel Patrick Moynihan Train Hall in honor of the late U.S. senator. The train hall would have a sprawling skylight and a passenger area similar in size to the main concourse at Grand Central Station, and would have adjacent space for stores, offices and perhaps a hotel.

Meanwhile, a new grand entrance for the complex would be built along 8th Avenue in front of Madison Square Garden, requiring the demolition of the venue's smaller theater but leaving the rest of the arena intact.

It's not the first time ambitious redesigns have been floated for the cramped transit hub, which serves more than 650,000 passengers daily on Amtrak, Long Island Rail Road and New Jersey Transit lines. Developers Related Companies and Vornado Realty Trust were working on plans for the post office for a decade before the project fell apart.

As envisioned by Cuomo, the developer would pay for much of the work in exchange for a long-term lease giving them commercial rights to the complex.

“For too long Penn Station has been outdated and overcrowded, serving as a blight on the greatest city in the world,” Cuomo said in a statement announcing the request for proposals. “We're changing that, and we begin today.”

Developers interested in the project should have experience in “large-scale commercial and retail development, as well as experience incorporating public transportation facilities into private development projects,” according to the request for proposals.