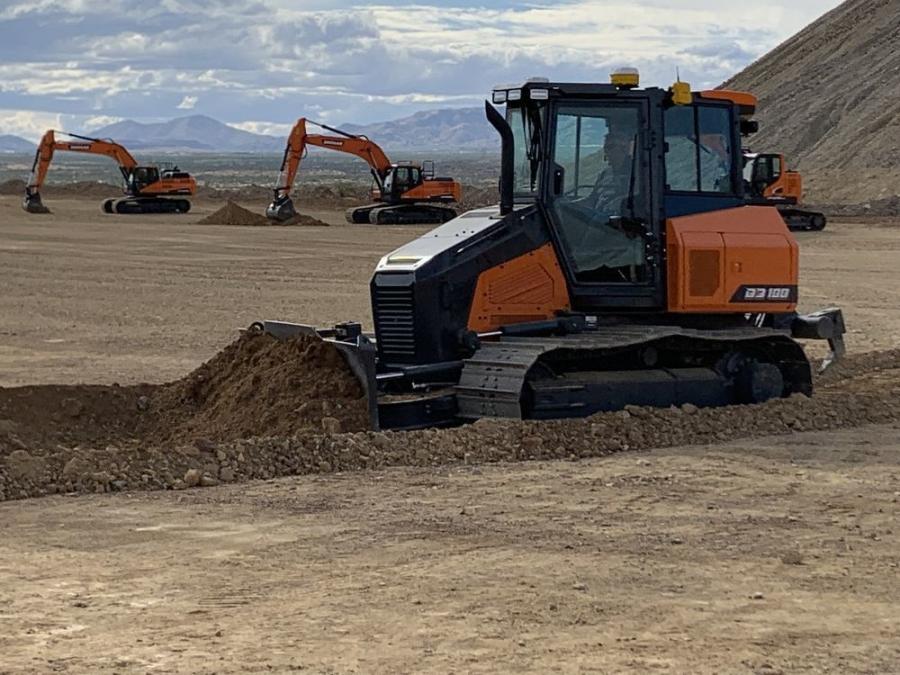 Doosan recently unveiled its DD100 dozer, which will be available through dealers in 2022.

When Hyundai Heavy Industries announced the acquisition of Doosan Infracore in August of 2021, it ended speculation about where control of the Doosan brand would land.

At the same time, it left some unanswered questions for the industry at large, most notably for Doosan's end users, its distributors, and its competitors.

What would become of the Doosan brand in the heavy equipment space? How would Hyundai handle owning a brand it had previously competed with? Would the local Hyundai dealer now offer Doosan, and vice versa, or might Doosan and Hyundai stores compete for space on the local equipment row? Or rather, would Doosan machines now sport the Hyundai name?

In an exclusive interview with Todd Roecker, Doosan Infracore's VP of Growth Initiatives, CEG sought answers to some of the most frequently asked questions.

CEG: Todd, please take us through the transaction. What part of the Doosan business was purchased and by whom?

The remainder of Doosan, including the light tower and compressor business was not included in the sale, nor was Bobcat a part of the sale; they remain owned by Doosan. Hyundai Heavy Industries created a new wholly owned subsidiary, Hyundai Genuine, that will run both Hyundai Construction Equipment and Doosan Infracore.

CEG: What will happen with the Doosan brand? Is it going away, or will it be rebranded as Hyundai?

TR: Yes, the Doosan brand will go away soon as part of the purchase agreement. Doosan remains a viable company separate from the business unit purchased by Hyundai, and we cannot continue to use the brand name indefinitely. However, it will not be rebranded Hyundai. There will be a new brand, a new identity for Doosan machines.

CEG: Does Doosan today see itself as a competitor of Hyundai?

TR: The short answer is yes. The plan is to keep the brands separate, and to compete in good faith. One thing we strongly believe is that one plus one does not always equal two in an acquisition situation. Hyundai is no stranger to this concept as this is how they have successfully managed their automotive brands of Kia, Genesis and Hyundai. This has helped Hyundai to become the third largest automaker in the world and speaks to the success of the two-brand strategy.

But another element to this is that when the Korean government approved the sale, the deal had to satisfy anti-trust laws both in Korea and other countries where the two companies operated. Ultimately Hyundai had to agree to keep the brands separate.

A real benefit we see is the synergies and resulting efficiencies that will come with the two companies working together. Being able to share best practices in both directions will be a big plus. That's what will help achieve that 5 percent global market share goal.

TR: Unanimously we do not see a benefit to that. Doosan has a strong global brand in the industry. In other regions of the world and unique situations it might make sense, but not here in the states.

TR: I would anticipate that would be the plan. R&D, engineering, sourcing, possibly even parts distribution. There could be some efficiencies in that approach benefiting all parties.

CEG: When should we expect to see a new name unveiled?

TR: We do have to transition our brand. Our aggressive plan is to transition by the end of the year, with a formal rollout at ConExpo early in 2023.

CEG: You recently announced a new dozer would be added to Doosan's (or whatever brand it becomes) lineup. What else is on the horizon?

TR: In meetings with our dealer network, we heard two things over and over: dozers and mini-excavators. The new Doosan dozer will be in dealer yards by 4th quarter of this year, if things continue to go as planned. We introduced our new line of -7 Series mini-excavators at our dealer meeting earlier this year. We have approximately 15 other products in the pipeline that will round out our lineup. Our dealers want us to offer solutions and we will.

CEG: So, you'll compete with your former sister company (Bobcat) in the compact excavator space?

TR: We will. Bobcat is a leader in the compact industry, but for Doosan and for our dealers to get where they want to be we need to give them what they need to be successful. Part of that is the mini-excavator. It has been one of the fastest growing segments of the industry and it is only natural we'd add that to our offering. Just like the dozer, we needed to add that. Dozer and mini-excavator were the two needs we heard most often from our dealers. We have experience in the compact/mini market but did not aggressively go after the market out of respect for Bobcat at the time. Obviously, that has now changed.

CEG: What about dealers that have handled both Bobcat and Doosan in the past. There are a lot of those dealers aren't there?

TR: That's about 30 percent of our dealer network, by number. Some dealers might have to make a choice as to where their allegiances lie. We started to transition away from Bobcat dealers though because their entire focus is compact machines. We began that shift in recent years.

CEG: Any other message for Doosan dealers and end users?

TR: Yes, we want to tell both that their investment and efforts with Doosan are safe. Yes, it will be a different brand but will continue as an independent brand. We are not going to a single brand strategy. For those that may not understand, we will continue two brands, hopefully sooner than later. That strategy will help Hyundai Genuine reach the 5 percent global market share goal that we have announced publicly.

The newly announced Certified Pre-owned program is worth mentioning as well. It's very important for our dealers since there obviously is a shortage of equipment throughout the industry right now. This is a way for our dealers to generate revenue and focus on used equipment. At the same time, the customer will know they are getting a quality product that has gone thru a 140-point checkup and a warranty to back it up. We've tested the program with targeted dealers in 2020-21 and will take it to all dealers in 2022.

CEG: Sounds like exciting times for Doosan, or whatever we'll be calling you.

TR: It is exciting. We're adding to the corporate headquarters campus in Suwanee, Ga., with a facility to accommodate telematics. We're adding both space and people. We're looking at maximizing our parts distribution capabilities as well as several other synergies and projects. This is a 2-year plan we are in the early stages of.

The bottom line is this. We want to make this transition smooth but also sooner than later. The stronger we can make the Doosan brand, the easier it will be for us and our dealers to transition to our future brand. CEG 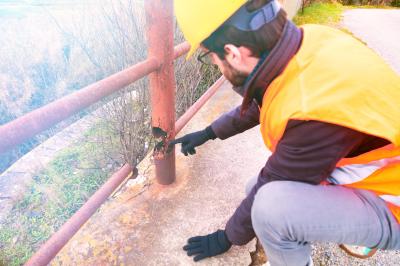