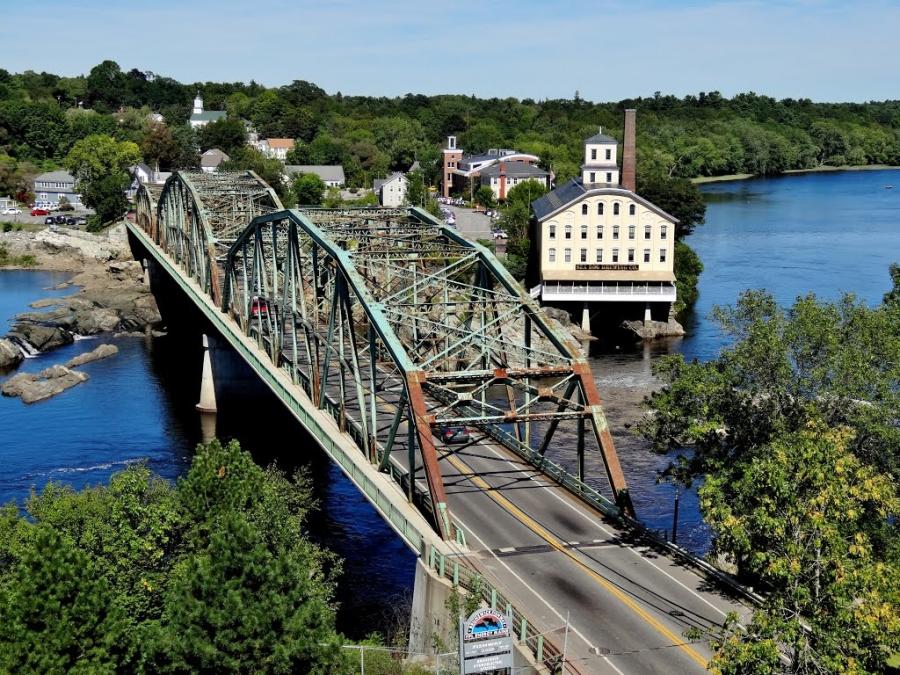 BRUNSWICK, Maine (AP) Heavy trucks will be barred from using a bridge linking Brunswick and Topsham over top of the Androscoggin River after inspections revealed the rapid deterioration of structural steel.

The Maine Department of Transportation announced that a 25-ton limit will be posted on the Frank J. Wood Bridge.

State transportation officials downgraded the condition of the bridge's deck and superstructure from fair to poor following a June inspection and a subsequent follow-up review.

Tractor-trailers will now be detoured east on U.S. Route 1 to the Brunswick-Topsham Bypass, where drivers can cross the Androscoggin via state Route 196.

DOT officials say the “Green Bridge” has an average daily traffic count of 19,256 vehicles. Of that figure, about 5 percent are commercial trucks.