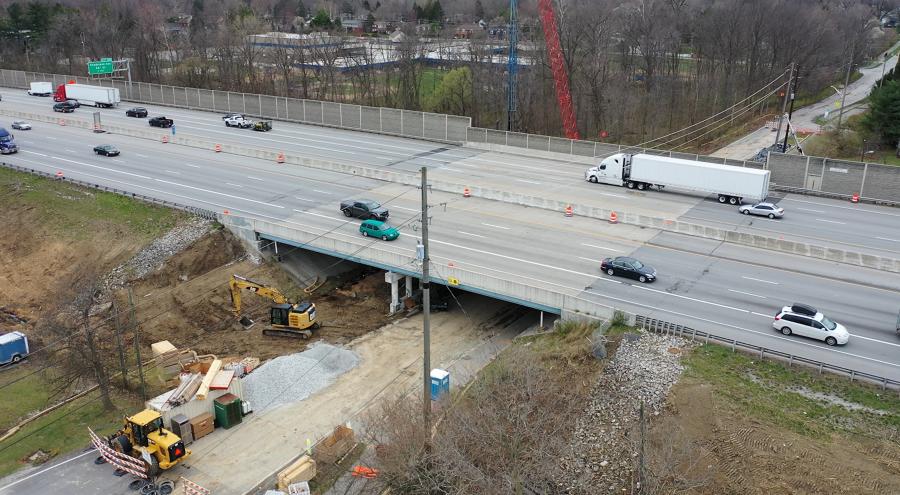 To improve safety and traffic flow on I-465 and I-69 on the northeast side of Indianapolis, construction crews in Marion County, Ind., are adding travel lanes, creating new ramp lanes and building more than a dozen new bridges as part of the $435 million Clear Path 465 project. (INDOT photo)

To improve safety and traffic flow on I-465 and I-69 on the northeast side of Indianapolis, construction crews in Marion County, Ind., are adding travel lanes, creating new ramp lanes and building more than a dozen new bridges as part of the $435 million Clear Path 465 project. Work began in early 2022 and should be completed by the end of 2025. 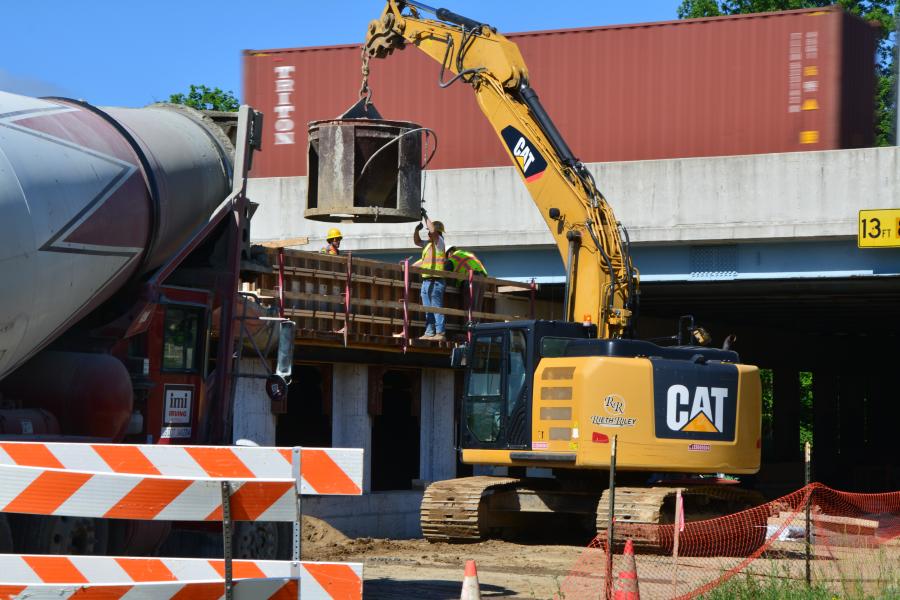 "The project will transform the road through a complete reconstruction and make it much more convenient to access the communities the project serves," said Indiana Department of Transportation (INDOT) project manager Cat Seely. "The project will add capacity and increase safety along the interstate by removing the weaving movements that are currently occurring at the I-69 and I-465 interchange."

Numbers show I-69 and I-465 is one of Indiana's top three busiest interchanges. INDOT said this project will support the future national I-69 corridor.

"I-465 in Indianapolis is where the existing I-69 north to Canada meets the new I-69 extending southwest," said Seely. "The new I-69 Finish Line section between Martinsville and Indianapolis is under construction and expected to open at the end of 2024. The I-69 Ohio River Crossing at the Kentucky state line is moving toward construction, which will complete the corridor through Indiana."

The project was split into two contracts to optimize the bidding environment with construction firms.

"The first contract also allowed for completion of right-of-way acquisition, building demolition and utility relocations prior to the start of the second contract" said Seely. "Construction and traffic plan development is being completed for Contract 2 to be advertised for bid late this year and begin construction in 2023."

Clear Path 465 is being built through traditional construction contracting. E&B Paving of Anderson, Ind., Rieth-Riley Construction of Goshen, Ind., and Gradex of Indianapolis joined forces in a unique triventure to bid on the first contract.

Said Seely, "When you've seen a project through the design phase, it's exciting to see construction under way and progress being made. I'm happy to have been able to be part of the team delivering a project that will increase safety and mobility for travelers through this major interchange. and help with overall flow of traffic in the Indianapolis area."

"Some long-term interstate entrance ramp closures are needed to make this happen. Road and ramp closures will be minimized for first responders, bicyclists and pedestrians," he said.

"Travel lanes were added to I-465 and I-69 through the interchange since its original construction nearly 50 years ago, but much of the original pavement, bridges and design remain. The interchange has not kept pace with significant traffic growth. The existing cloverleaf-style loop ramps have an advisory speed limit of 25 mph and require traffic to merge and weave." 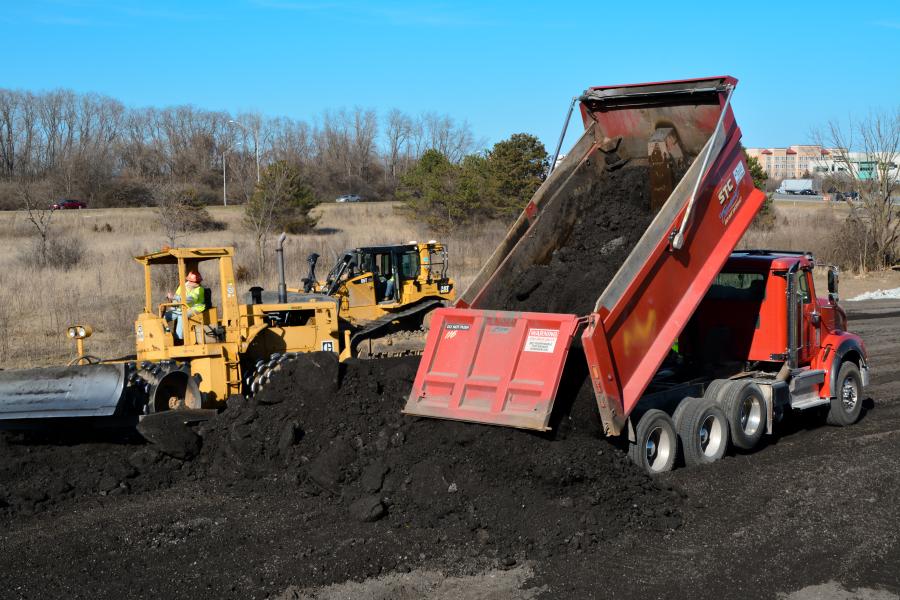 Modifications will be made primarily near the I-69 and I-465 interchange. High-speed ramps connecting I-465 and I-69 will be built typical of a new interstate-to-interstate system interchange. Local traffic movements will be separated from express through movements using concrete barriers, new bridges and the existing cloverleaf ramps.

Perron noted that the project required the relocation of four businesses and demolition of seven buildings.

"The state purchased the needed land and relocated four businesses over the past two years along I-69 south of 82nd Street. The new I-69 southbound ramps to I-465 and Binford Boulevard will be built in this area."

Under INDOT's noise policy, the Clear Path 465 project will build seven noise barriers. An existing section in Contract 1 is being removed and replaced for the construction of added lanes on I-465 and the regrading of slopes and ditches. Plans also call for building 14 new bridges. Most of the new structures will be located at the I-69 and I-465 interchange as part of Contract 2.

According to Josh Lea, E&B Paving project manager, limited access to the job site requires many operations working in the same area.

"At East 71st Street, for example, we have crews moving noise barriers, grading for MSE wall and stockpiling materials. We're working to minimize the impacts this has on the public. Maintaining traffic also presents constructability challenges, such as replacing drainage structures on new alignments."

Currently, crews are completing temporary ramps at the I-69 interchange, removing noise barriers and building MSE wall to widen the I-465 bridge at East 71st Street. Six lanes of I-465 traffic, three in each direction, are being maintained during construction. This requires the road to be widened and rebuilt in pieces with traffic shifted between phases.

As part of the first contract, crews have cleared the right-of-way, replaced state highway fencing, shifted I-465 traffic, installed temporary concrete barriers and built temporary crossovers and sign foundations in the I-465 median. The deck overlay for the Allisonville Road bridge over I-465 has been completed.

Lea said new ramp or auxiliary lanes will be built alongside the through lanes, entering and exiting at interchanges. This allows more room for traffic to accelerate and enter the interstate or decelerate and exit, minimizing the merging and weaving that slows traffic. He also explained that the I-465 bridge approaches are being replaced at the White River, and the bridge over East 71st Street bridge is being widened to carry added I-465 lanes.

I-465 pavement replacement will occur in phases, along with the addition of new through and ramp lanes. The primary maintenance work is a bridge deck overlay at Allisonville Road over I-465.

Lea acknowledged that not everything has gone according to plan.

"Some of the existing shoulder pavement was thinner than expected and is being repaved over the coming weekends to maintain traffic during construction. The construction schedule also has been adjusted for delays in obtaining materials for supply chain issues."

Weather also has been a concern for workers.

"Contract 1 construction mobilized this year as temperatures increased in late winter and early spring. The project area experienced a wetter than normal spring, which had moderate impacts on the construction schedule. Demolition, earthwork, bridgework and small concrete pours are expected to continue through each Midwest winter, as temperature and soil conditions permit."

Lea said a mix of heavy machinery is being used on the job.

"Rieth-Riley Construction and Gradex are using a variety of construction equipment to complete the work, including Caterpillar excavators, bulldozers, backhoes, pavers, rollers and front-end loaders. Multiple makes and models of tri-axle trucks and cranes also are being used throughout the project."

Crews are using asphalt millings and temporary asphalt pavement currently. The final highway will use continuously reinforced concrete pavement and concrete barrier walls. New bridges will be supported with prestressed concrete beams, and existing bridges will be widened with steel beams. 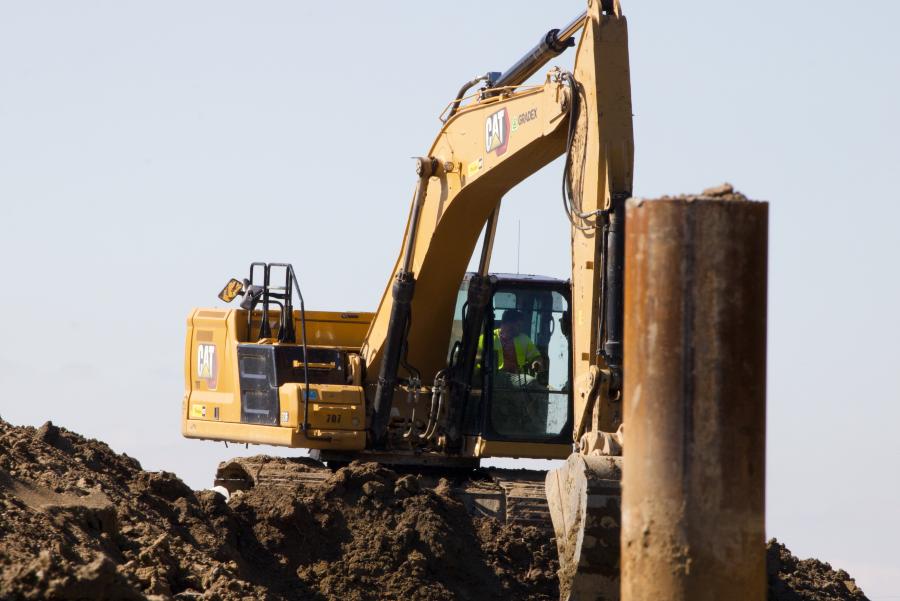 Lea said rebuilding the project in pieces, to keep more than 100,000 vehicle trips through the work zone on an average day, is one of the more tedious parts of current construction.

"Most of the work completed so far is temporary work to maintain traffic. Acquiring construction materials in the current market is also time-consuming. "

Despite the challenges, Lea is proud to be a part of the Clear Path 465 Project.

"Seeing what you've accomplished at the end of each year and knowing it will endure and serve the public for generations is a very fulfilling part about working in this industry." CEG