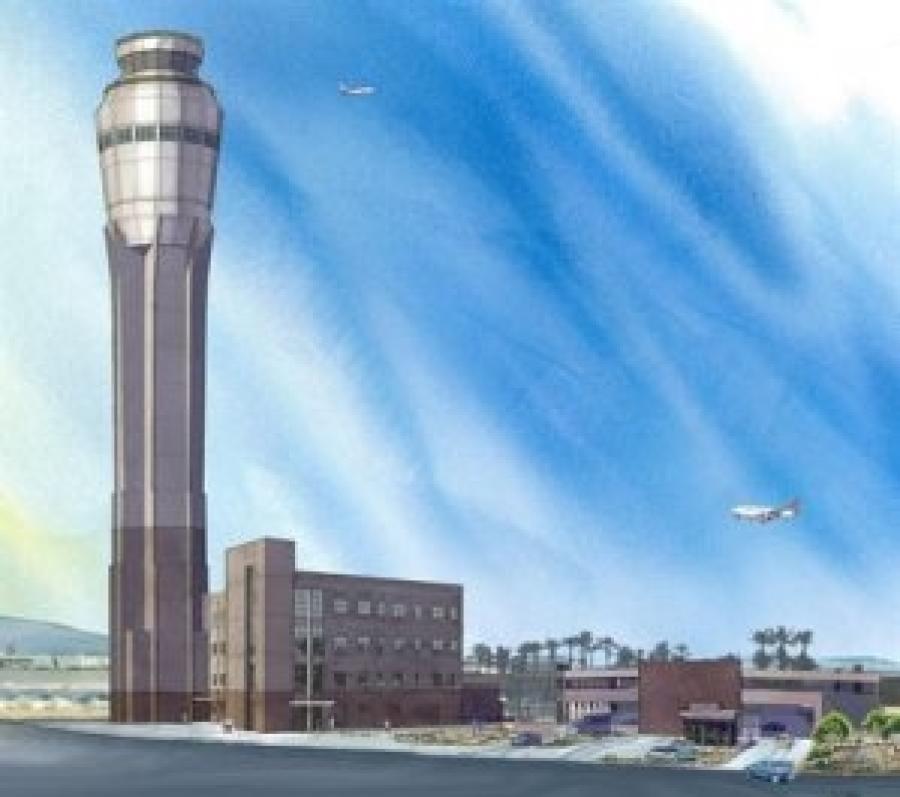 Work began in May 2011, but was delayed by government shutdowns in 2011 and 2013 and a massive construction error in the tower duct work.

The facility has two top levels for air- and ground-traffic controllers to monitor aircraft at the nation's eighth-busiest airport.

It also has a four-story Terminal Radar Approach Control office building with space for up to 20 controllers at a time.