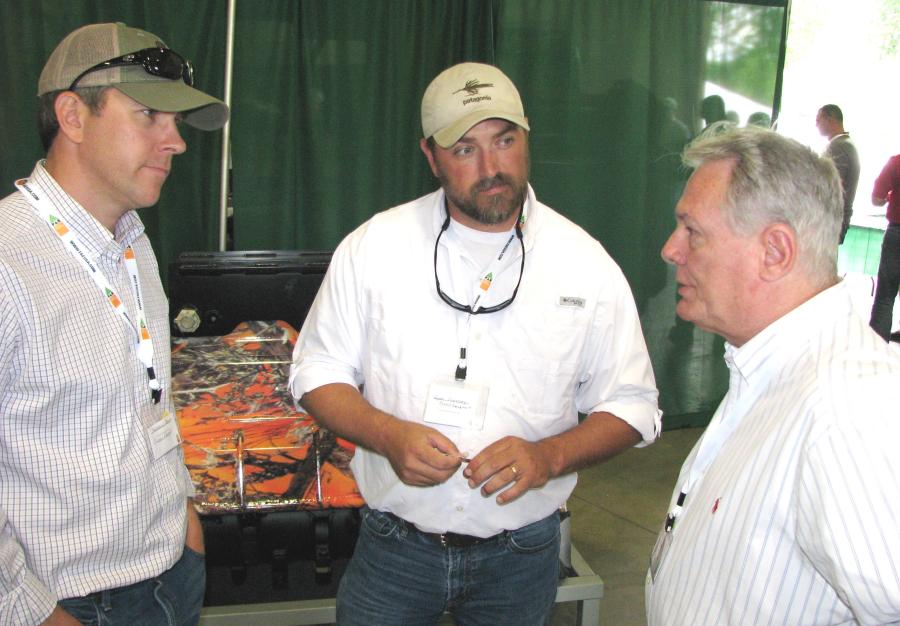 The staff of FAE USA Inc. hosted their 10th annual Open House event on April 28 at their North American headquarters in Flowery Branch, Ga. The open house-demo has grown in attendance every year and this year's turnout was more than 200 guests.

The festivities kicked off with breakfast and an opportunity for attendees to leisurely explore the FAE USA headquarters facility. Guests saw various departments and static displays of machines and attachments, both inside and out.

After machine demonstrations and presentations, attendees enjoyed a lunch of slow-cooked pulled pork, pulled chicken, Brunswick stew and an array of side dishes catered by a local favorite, Pig-N-Chik.

FAE USA's Giorgio Carera presented awards for large-volume dealers, innovators and manufacturers and dealers who have consistently supported the annual event. Some of the local dignitaries on hand for the days' events included Stan Brown, city manager of the city of Oakwood, Ga., and Shelley Davis, Greater Hall Chamber of Commerce.

Carera also presented a substantial donation to special guest, combat hero and Wounded Warriors in Action representative John Keeney, who was one of the feature speakers.

Machine demonstrations were conducted off site and on the grounds of FAE USA. Several guest speakers had informative presentations of their products and many prize drawings were announced and awarded throughout the day.