On Jan. 21, Keith Brubacher, president, and Kent Gable, Wellness Committee representative, cut the ribbon to the entranceway of the Brubacher Employee Fitness Center. 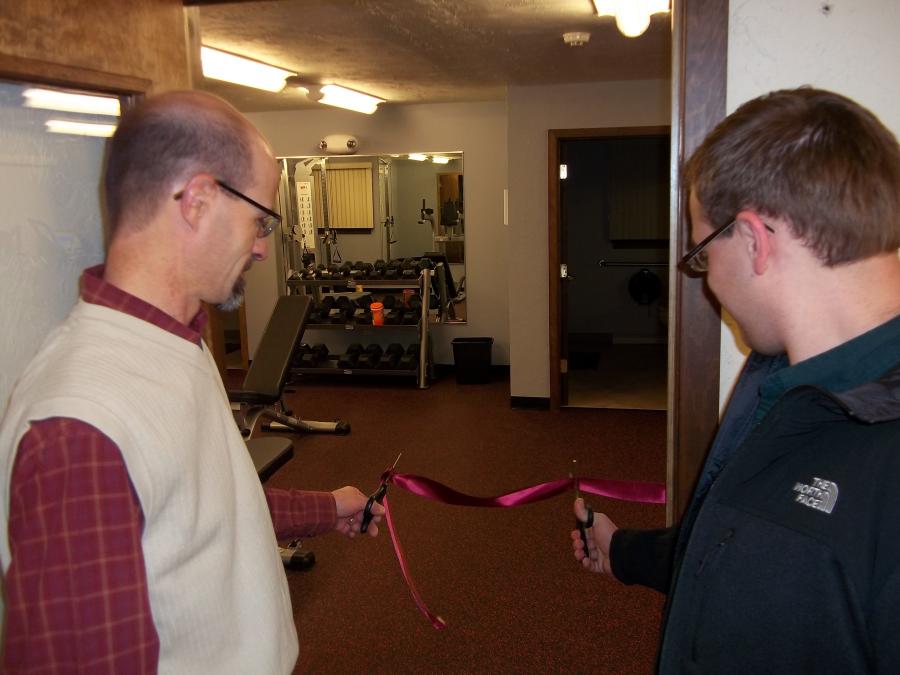