Don Smock Auction Company held its 26th Annual Fall Auction at its complex in Pendleton, Ind., on Sept. 21. The auction drew a crowd of active bidders from Indiana and surrounding states. Online bidding also was strong.

The auction was staged in three rings and equipment up for bid included excavators, crawlers, tractors, loader backhoes, scrapers, skid steer loaders, attachments and a large selection of trucks.

Founded in 1990, Don Smock Auction Company Inc. holds four seasonal auctions per year at its all-weather facility in Pendleton and conducts on-site auctions throughout the Midwest every year. The company is planning to conduct a series of INDOT auctions at various locations in Indiana throughout October and will conduct its Fall Stateline Auction in Zion, Ill., on Oct. 27. 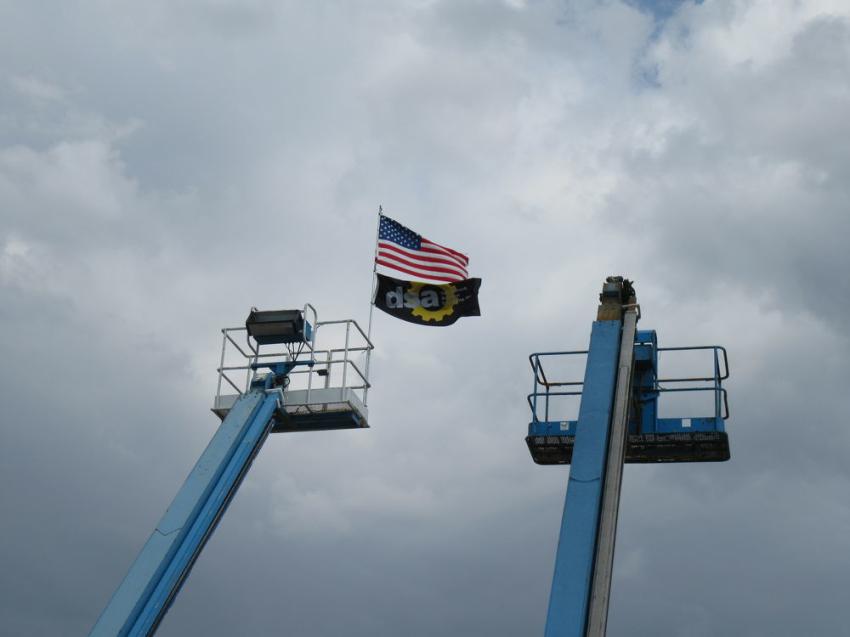 The stars and stripes and the Don Smock Auction Company banner flew high over the equipment yard during the auction. 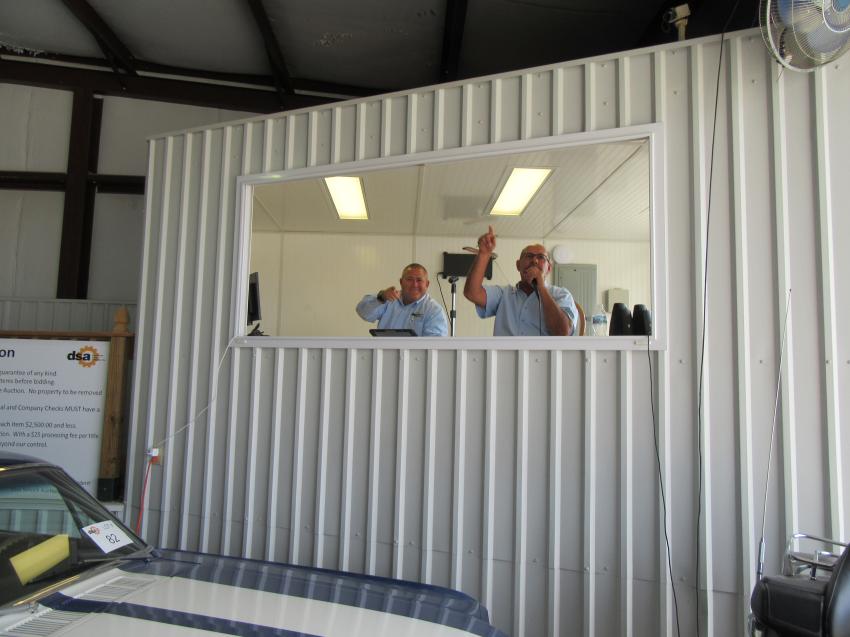 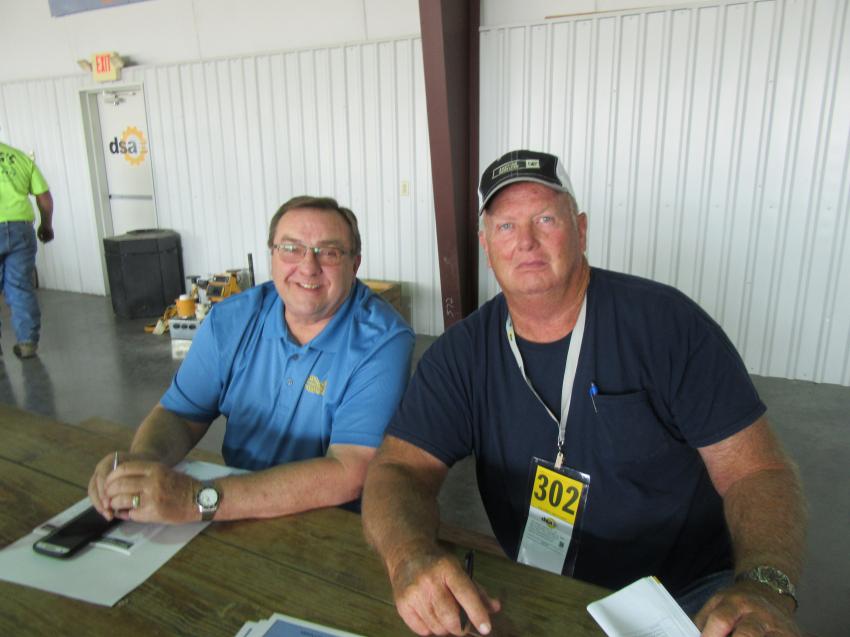 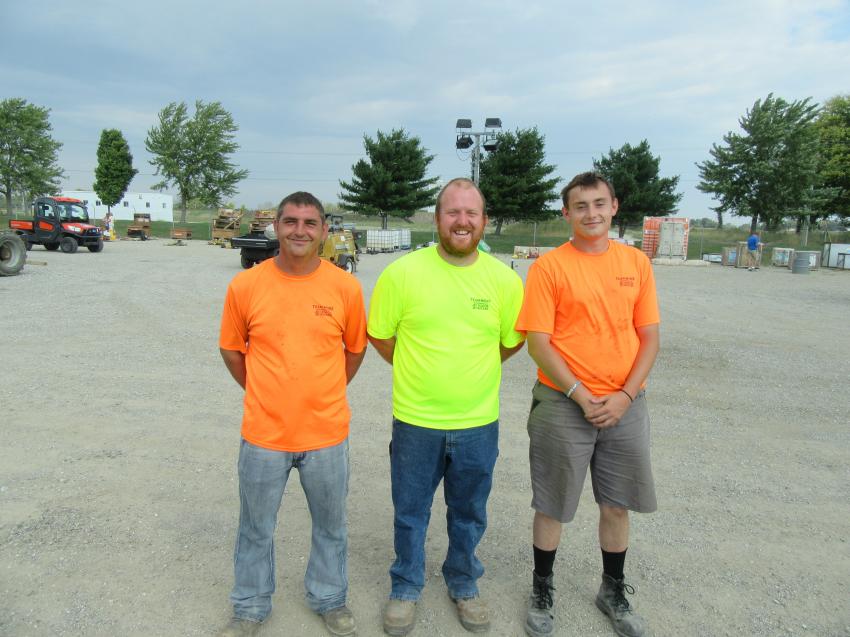 (L-R): Cody Schaefer, Adam Cash and Aaron Bell of Team-Worx, based in Paris, Ill., hoped to take home some equipment from the auction. 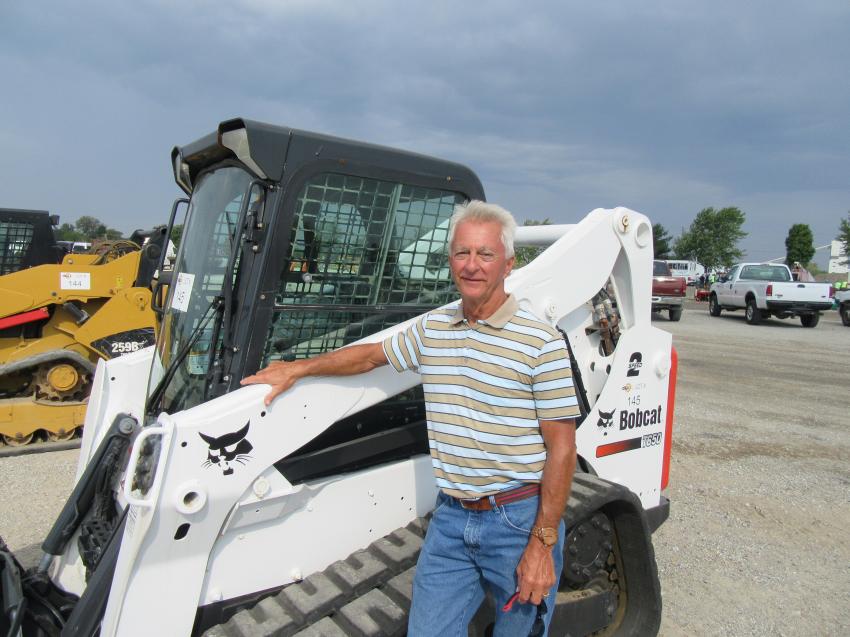 Jim Galloway of Galloway Farms, who had a few pieces in the sale, checks out a Bobcat T650 compact track loader at the auction. 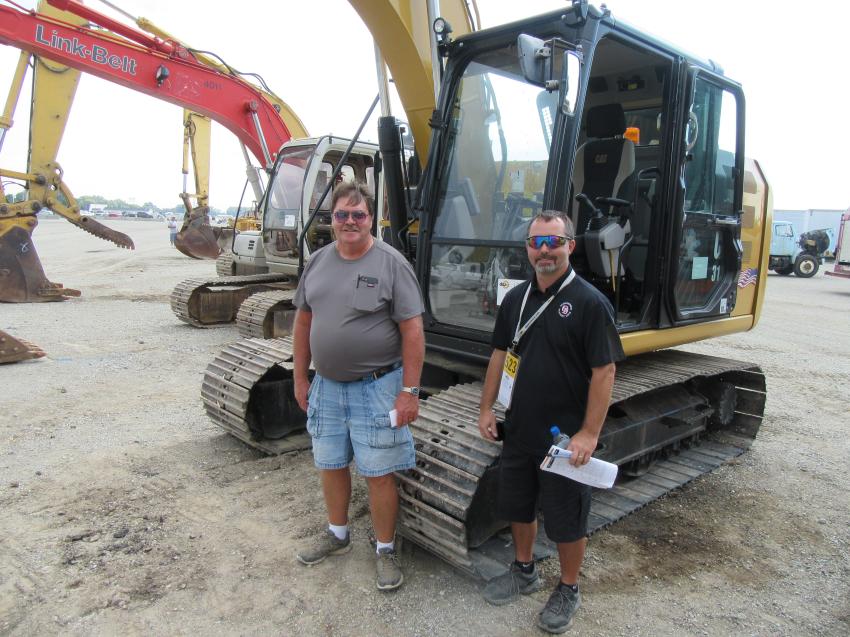 Jeff (L) and Kevin Melton of Melton Excavating were on the hunt for attachments at the auction. 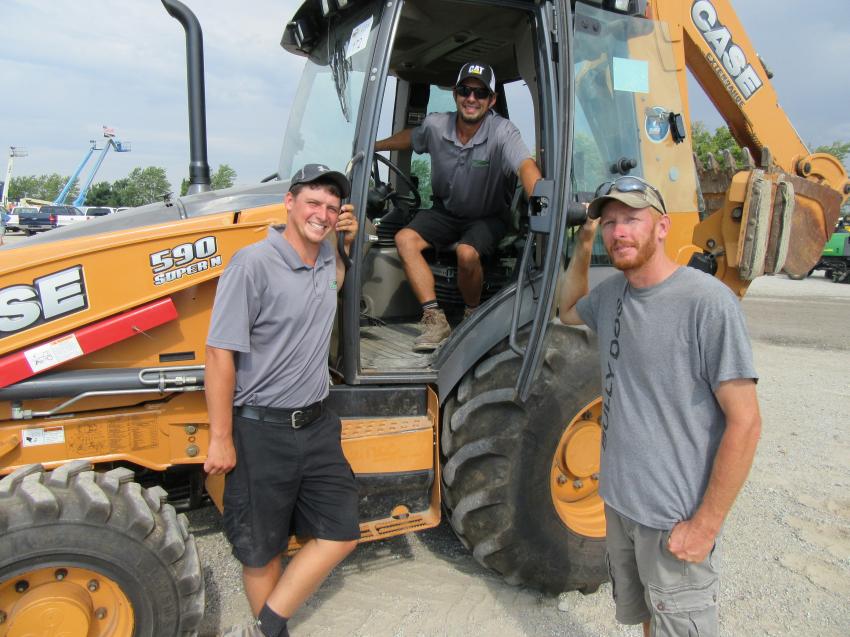 (L-R): Jess White, Garrett Cooper and Jeremy Coffey of Coops Lawn Care gave this Case 590 backhoe the once over at the auction. 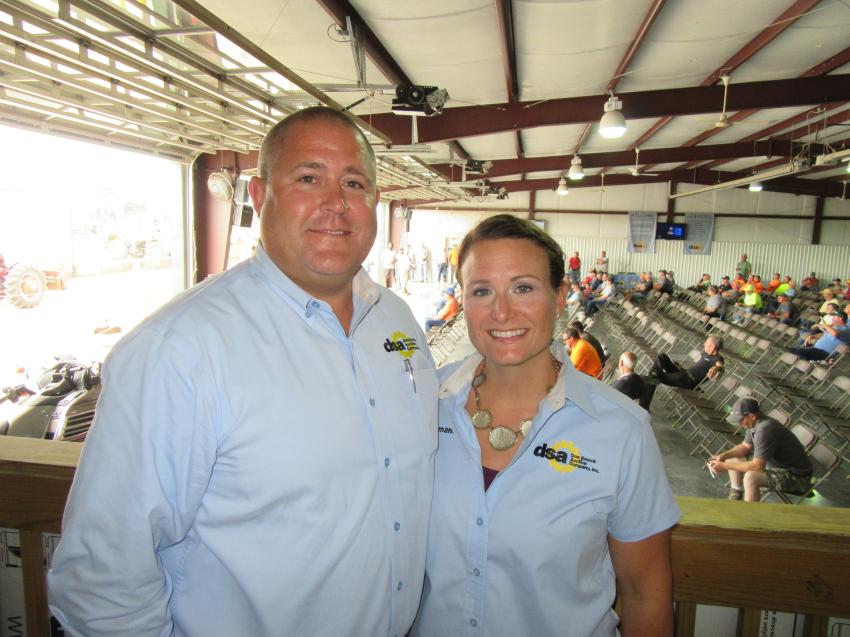 Nic Smock and wife Samantha kept an eye on the auction to make sure everything ran smoothly. 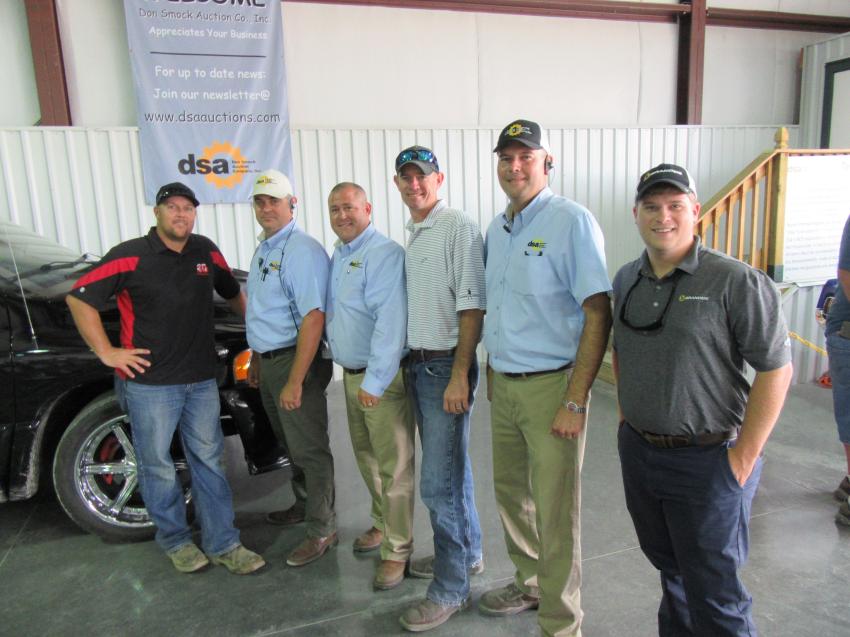