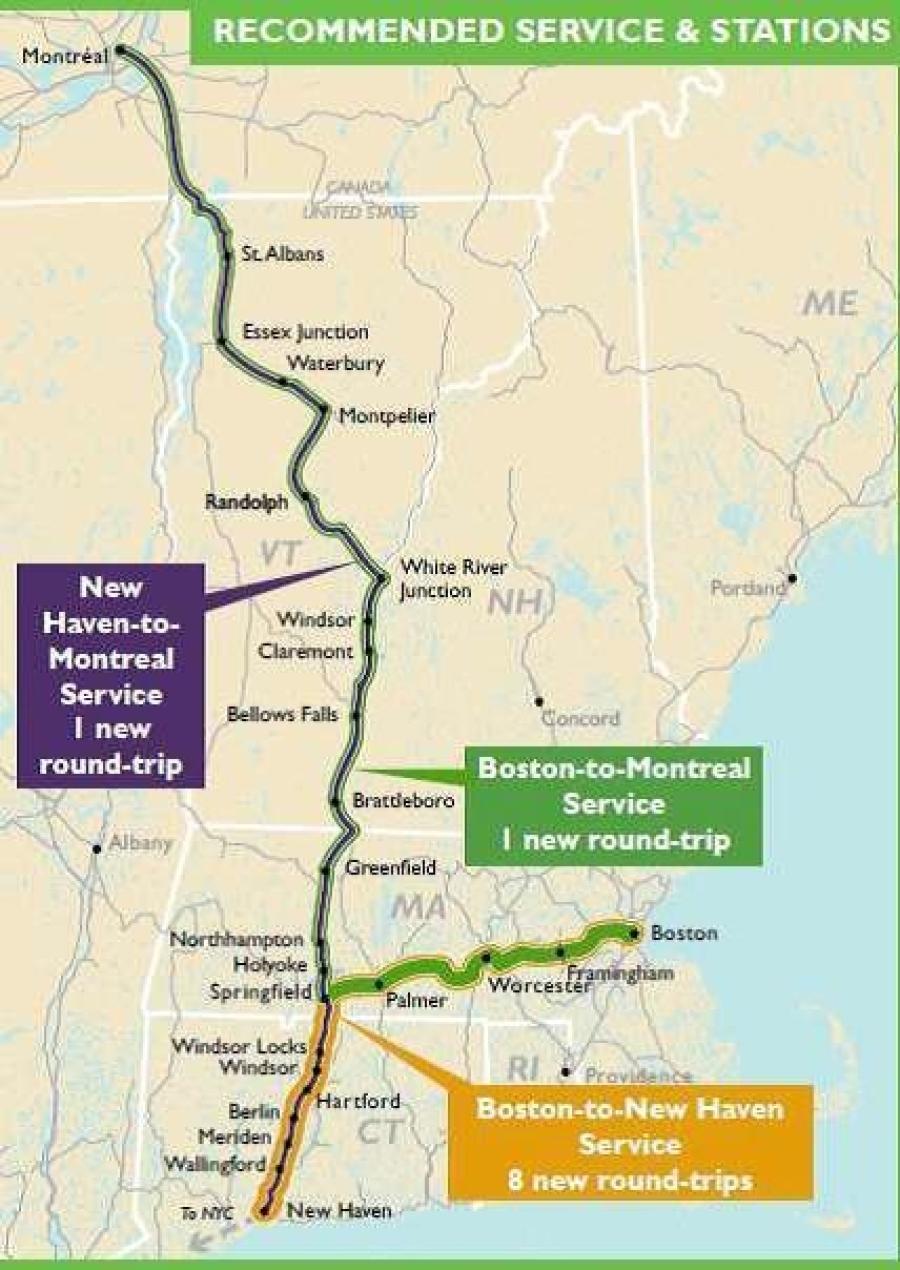 The U.S. Department of Transportation's (DOT) Federal Railroad Administration (FRA) announced a Finding of No Significant Impact on the Northern New England Intercity Rail Initiative. The finding clears the way for states and the federal government to invest in future passenger rail service in New England. The Initiative proposes to restore service between Boston and New Haven through Springfield and Hartford and add new service between Boston and Montreal.

“Existing passenger rail service through New England is limited and already at capacity for a region that is growing,” said U.S. Transportation Secretary Anthony Foxx. “With an approved blueprint in hand, New England can now move forward to connect people to key job centers and allow students to easily travel to and from New England's numerous colleges.”

FRA found that no significant environmental impacts would result from adding more frequent and higher speed intercity passenger rail service, in large part due to the use of existing operating rail lines within existing rights-of-way. The proposed infrastructure improvements also would be located within existing right-of-way along areas that were in the past double or triple tracked.

“More than two million people live within three miles of a station along this corridor,” said Sarah E. Feinberg, FRA administrator. “For everyone to move safely and efficiently, the region needs a robust rail system, and this blueprint will help achieve that goal.”

MassDOT and VTrans will coordinate the Initiative with other projects, including NEC FUTURE, FRA's ongoing comprehensive planning effort to define, evaluate, and prioritize future investments in the Northeast Corridor (NEC). The NEC runs from Washington, DC to Boston. Together, this Initiative and NEC FUTURE would provide greater connectivity to central Connecticut, Massachusetts, northern New England, and Montreal.