Funeral for Contractor Features Over 30 Backhoes

The impact Richard Lee Elliott had on his community was evident when it came time for his funeral. 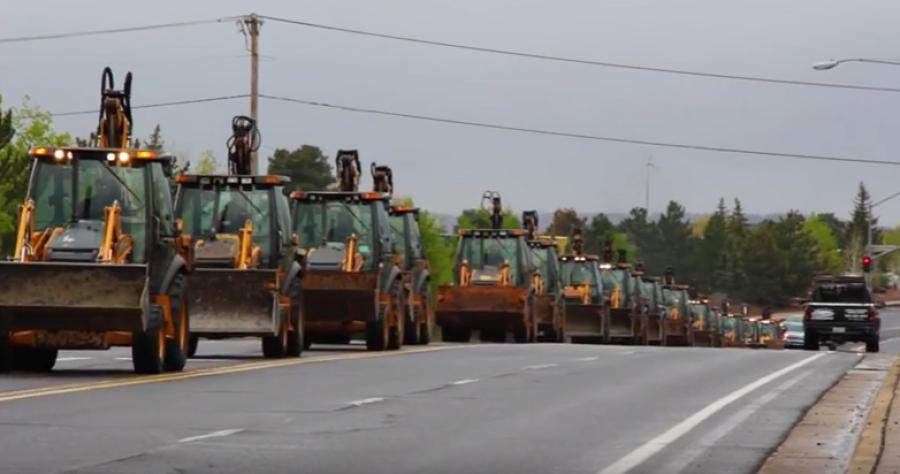 Image courtesy of YouTube. The event included a procession of more than 30 backhoe loaders.

Born in Brunswick, Missouri, Richard was the son of Robert and Virginia Elliott. He graduated Glendale High School in 1960. Turning down scholarship offers all over the country for his athletic abilities in track and field, Richard began working for his father. He founded Elliott Excavating in 1969 and successfully retired 38 years later in 2007.

The impact Mr. Elliott had on his community was evident when it came time for his funeral. The event included a procession of more than 30 backhoe loaders.

Richard enjoyed fishing the waters of Lake Powell and skiing the slopes in Durango, Colorado. He shared that love with his family and friends. He will forever be remembered for his strong work ethic, unique sense of humor and love of life!

Richard is survived by his wife Mary; sons Rich, Cory, Rob; daughter, Ashley; mother, Virginia; brother, Charles; and sister, Virginia. He was the proud grandfather to 6 grandchildren; Andi, Reese, Cash, Kalyn, Danica and Brynlee. He was always surrounded by love and laughter.