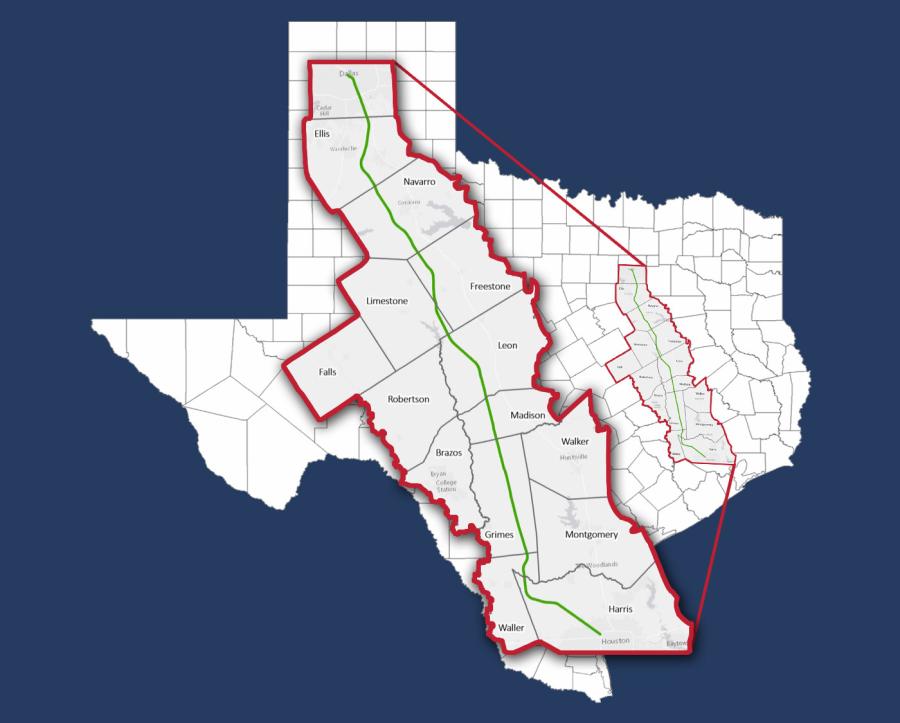 On the national level, CG/LA ranked the Houston-to-North Texas line as one of America’s most important projects. (Texas Central photo)


The Texas high-speed train has been named among the top global infrastructure projects by infrastructure advocacy group CG/LA in its 2019 Strategic 100 Global Infrastructure Report. On the national level, CG/LA ranked the Houston-to-North Texas line as one of America's most important projects.

Designed to identify projects with the most potential opportunity in the upcoming year, the CG/LA reports select those with widespread benefits and strategic importance in 30 targeted counties.

"The Texas train is a transformational project that is generating attention and excitement among infrastructure experts who recognize it as a catalyst for creating jobs, boosting the economy and providing a much-needed transportation choice," said Texas Central CEO Carlos Aguilar.

"We are ushering in a new industry, backed by an international team of partners, creating local jobs, and we are proud to be recognized among some of the most important infrastructure projects in the world," Aguilar said.

Texas Central has brought on board several industry leaders: international railway company Renfe is the train's operating partner; multinational firm Salini Impregilo – operating in the United States market with The Lane Construction Corporation — is leading the civil construction consortium that will build the train; and Bechtel, with operational headquarters in Houston, is on Texas Central's project management services team.

In addition to seamless, safe and convenient travel between the fourth and fifth largest economies in the United States, the Texas project is estimated to create 10,000 direct jobs for each year of construction and support 1,500 full-time jobs when operational.

Texas Central and its partners are committed to workforce diversity and recruiting contractors, subcontractors and employees from local job markets, universities, community colleges and workforce organizations for construction of the project and its maintenance and operation.

They also will be collaborating to create opportunities for small, minority, women, rural and veteran-owned businesses. These local companies will benefit from construction work, such as building the system and maintenance facilities, supplying materials and providing long-term support for Texas' newest high-tech industry.

The project is transformational not only because it will be the first true high-speed train in the United States, but also because it is financed by investors. It is not a government project and will not use federal grants or state appropriations.

Last year, CG/LA recognized the Texas train in its Strategic 100 North American Infrastructure Report, calling it a crucial option "in advancing public and business interests." The projects are "game changers," the report said, important "for job creation, business development, long-term investment and the critical inputs that citizens demand, mobility and health, along with opportunities."

The 200 mph Texas train will link the nation's 4th and 5th largest economies in 90 minutes, with a midway stop in the Brazos Valley, with its 80,000 college students. As Texas adds 1,200 people a day, the train will help relieve congestion and serve the demand already there and growing, including 50,000 supercommuters now making the Houston-North Texas trip regularly.

Other U.S. projects cited in the latest report include the Detroit Capital Improvement Plan, the Purple Line Extension in Los Angeles and the New England Clean Energy Connect.