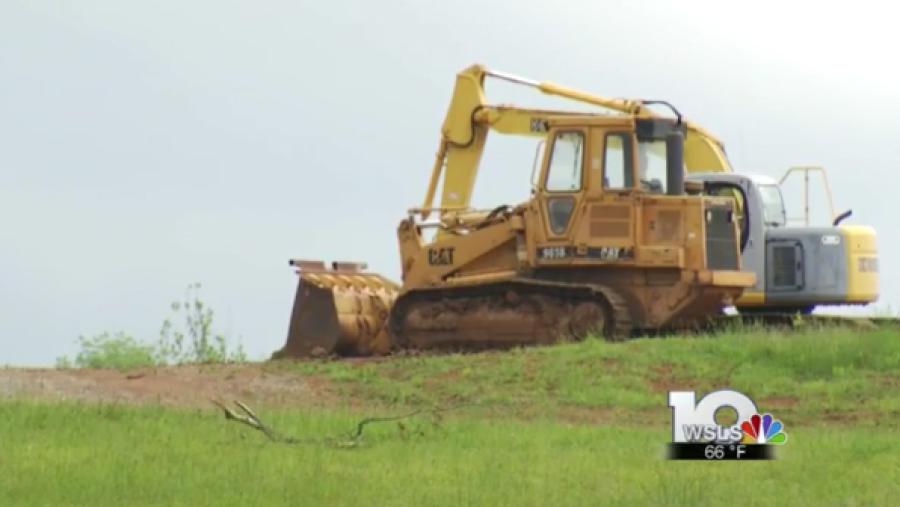 A citizens group announced last week historic artifacts have been found at the Greenfield Preston Plantation.


Virginia news affiliate WSLS10 is reporting that a major discovery has been made on the site of a future industrial park.

A citizens group announced Thursday historic artifacts have been found at the Greenfield Preston Plantation.

The County says right now the construction is still on schedule.

Botetourt is being careful saying it will wait until it has had time to review the findings.

Meanwhile, archaeologists and the people who hired them say what they've found may date back to one of the oldest families in American history.

“It's a rare find, it really is. Everyone is very excited,” said Danny Kyle, President of the group Friends of the Greenfield Preston Plantation.

Kyle says all of the group's work and speculation has finally paid off.

“We found a lot of pottery and glassware and cut nails and a wrought iron nail,” said Kyle.

But just when they were ready to celebrate…

The group says it plans to get DNA analysis to confirm the tooth is human.

Meanwhile, Kyle says one of the plate shards is evidence of the spot's significance in American history.

“The design in the plate was 1750 to 1770 and it was made in England… this could be the, one of the oldest known spots associated with a family,” said Kyle.

But Kyle's group has a major problem.

All of these findings are in the middle of a planned industrial park.

Just across the road, the Eldor Corporation is already busy moving in its factory, and as for the site they're working on?

“The planned construction of the shell building, funded by the foundation from Roanoke, is currently on schedule,” said County Spokesperson Cody Sexton.

The group has been fighting the County to preserve the site every step of the way.

In February, Botetourt moved two historic slave buildings on the site to make way for new construction, and now the group is scared the fight to preserve the historic hill could come to an end quick.

“Greater Roanoke Valley representative had said they could begin construction within the month,” said Kyle.

The County has let the group continue its archaeological work, and says it will consider changing the timeline based on evidence the group uncovers, but ultimately, Kyle says he hopes to stop the County's demolition plans altogether.

“You can build a shell building anywhere, you can't come up on a site like this anywhere. It's one chance, in what? A thousand, said Kyle.

Kyle says right now his group is actively raising money to pay for the archaeology work.

He says Hurt and Proffitt Land Surveying has already agreed not to charge his group $150,000 dollars of the cost of the survey just out of interest in the history of the site.