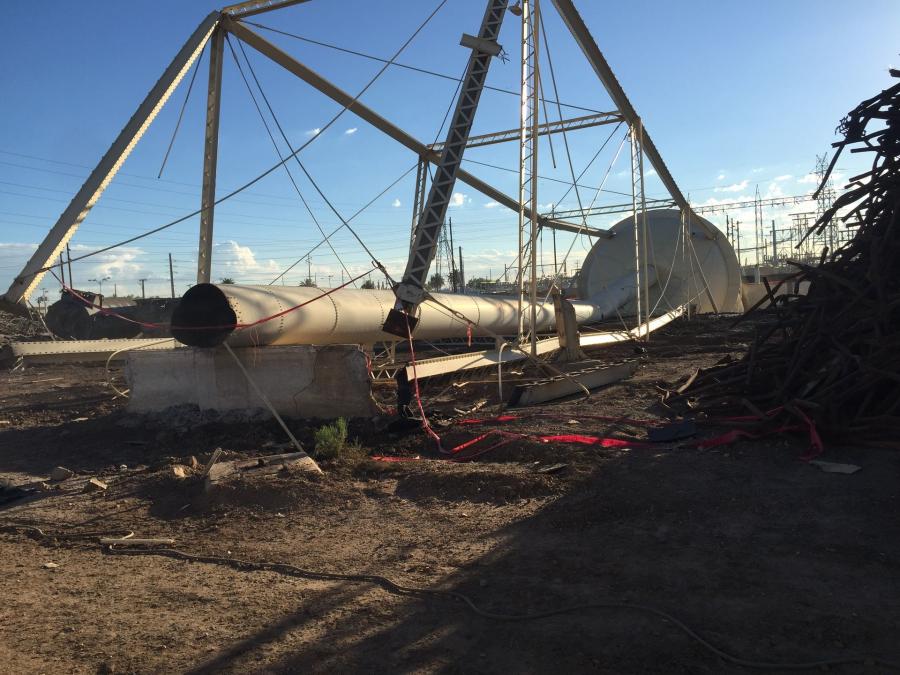 APS photo. The last remnants of a historic power plant in Phoenix were demolished on Oct. 1.

PHOENIX (AP) The last remnants of a historic power plant in Phoenix have been demolished.

The Phoenix Power Plant off 43rd Avenue near Buckeye Road was imploded shortly after 7 a.m. on Oct. 1.

In 1965, the first three generators were dismantled and sold to Mexico.

The last time generators at the old steam plant ran was in 2001.

The demolition project will cost Arizona Public Service Co. more than $6 million after earning back some of the expense by selling about 3,000 tons of scrap metal.