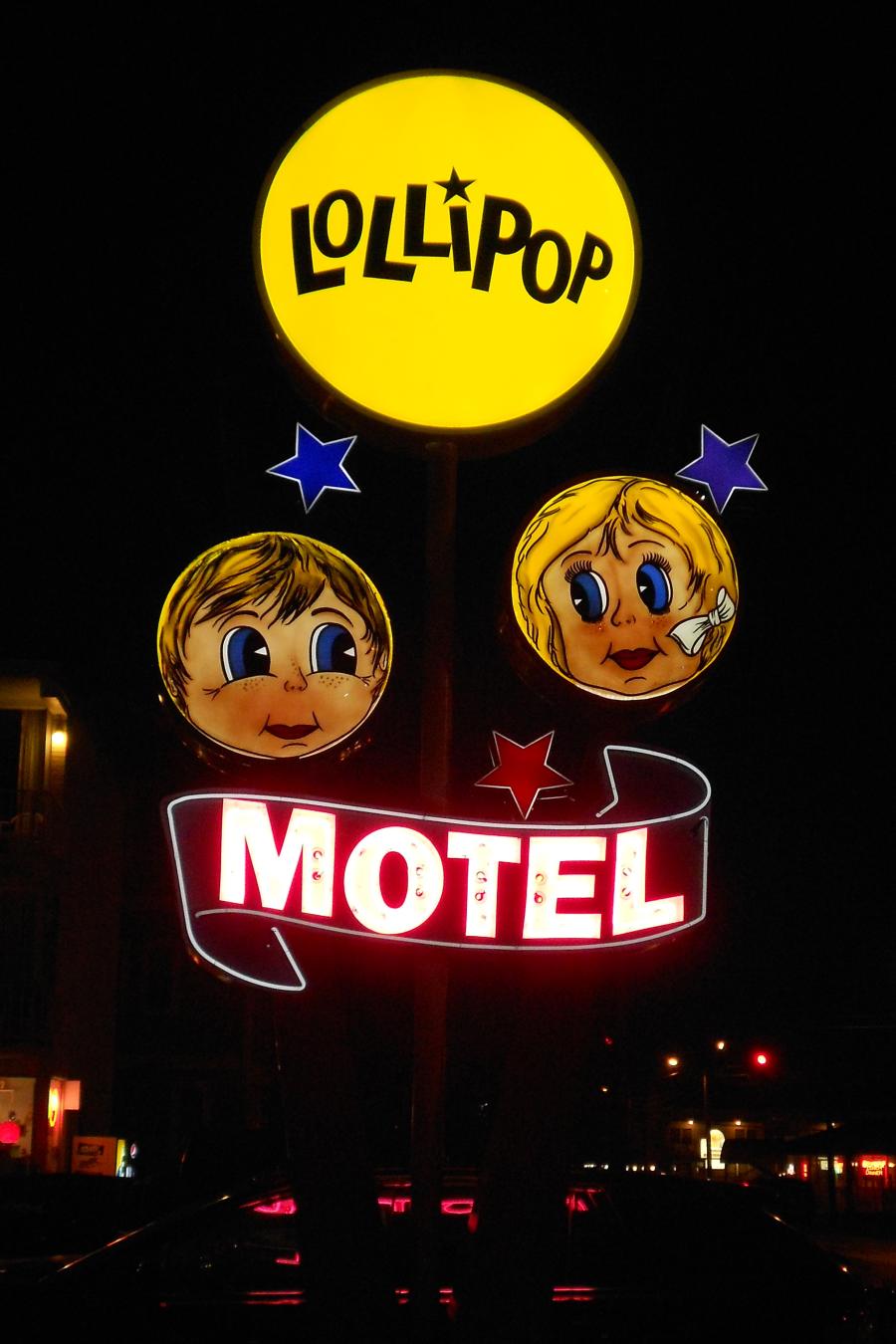 NORTH WILDWOOD, N.J. (AP) The fame of North Wildwood's landmark Lollipop Motel has reached all the way to the land Down Under, making the front page of an Australian newspaper just a few years ago.

That the business was still around to make the news was news in itself: The Lollipop Motel and other doo-wop style motels in the Wildwoods were listed in 2005 as some of the 10 most endangered sites in New Jersey.

But the motels were reborn. There are about 93 of them still in business, refurbished and upgraded. They're examples of survival through a mix of history and economic development.

For the doo-wop motels, that means, in part, generations of families booking not only the same motel year after year but requesting the same rooms, said Dan MacElrevey, president of the Doo Wop Preservation League.

Margaret Hickey said studies show that every dollar in public money spent to preserve and, in some cases, find a new purpose for historic sites results in, depending on the project, a return of $2 to $3 in private money.

Preservation New Jersey has compiled annual lists of what it considers to be the 10 most endangered sites in New Jersey since 1995. Sixteen sites in Atlantic, Cape May, Cumberland and Ocean counties have made the lists since 2000.

Some of the sites include entire communities. Atlantic City, stung by the recession and competition from casinos in other states, made last year's list. The Delaware Bay community of Fortescue in Downe Township, Cumberland County, was placed on the 2014 list because of damage from Hurricane Sandy.

The lists proved prophetic for some sites. The Beach Theatre in Cape May, the resort's last movie house, was torn down in 2011. Demolition of Atlantic City's Depression-era post office, built with marble floors, brass chandeliers and murals, began in December 2009.

While the fate of most of the other sites — ranging from 18th century farmhouses to 19th century firehouses — remains uncertain, there are efforts to preserve a few. One of those efforts involves that historical-economic development marriage.

The Ferracute Manufacturing Co. site on East Commerce Street in Bridgeton was founded in the late 19th century and operated into the 1960s. The company manufactured presses for companies such as Eastman Kodak, Ford and International Harvester. It also provided some of the machinery that helped the United Kingdom produce ammunition to replace what was lost after the Dunkirk evacuation during World War II.

Bridgeton City Council in May 2014 named Agri-Global LLC of Burlington County as the developer for the site. The company wants to develop it for fish farming and hydroponic farming of aquatic plants.

The developers “just can't bring the bulldozer in,” Dale Goodreau, Bridgeton city administrator said. “They're going to have to do some restoration with it.”

Agri-Global will have to make both its product and some buildings on the site “come together,” Goodreau said. That includes the brick administration building along East Commerce Street and a glass-manufacturing building farther back on the property, he said.

“They are historic buildings,” he said.

Hickey and Pisarski said renovating and repurposing older buildings can be more expensive than construction, but both the state and various organizations are working to ease the cost.

New Jersey voters in November 2014 approved a ballot issue to allocate 6 percent of the state's corporate business tax annually for 30 years for preservation of open space, farmland and historic sites. The Legislature is debating how to allocate the money, and funding applications from various organizations are piling up, he said.

Hickey said Preservation New Jersey is one of several organizations that has lobbied the state for more than two decades for tax credits for private property owners who want to do historic preservation. A bill finally made it to Gov. Chris Christie's desk a few years ago, only to be vetoed, she said.

MacElrevey said he expects the doo-wop motels to be around for a while because many owners just don't want to give them up.

“A lot of them have passed to the next generation,” MacElrevey said. “They've had offers to sell and tear down. They won't entertain it. It was mom and dad's.”

That's something Hickey likes to hear.

“The loss of something that's familiar, that impacts our way of life,” she said.