HOLDEN BEACH, N.C. (AP) Officials in Holden Beach are getting assistance in replenishing a shoreline ravaged by Tropical Storm Hanna in early September.

The Sun News of Myrtle Beach, a South Carolina newspaper, reported that Hanna took an estimated 300,000 cu. yds. (229,000 cu m) of sand from Holden Beach, and the estimated $9 million it would cost to replace it was the primary reason the federal government will pay for most of the cost to replenish the sand.

David Hewett, Holden Beach town manager, said the U.S. Army Corps of Engineers expects to award a contract by the end of November to dredge parts of the Intracoastal Waterway crossed by rivers flowing into the ocean, a step that will help the town to rebuild the east end of its beach.

The projects must either be completed or halt by April 15, when such activities are prohibited to accommodate sea turtles that nest on area beaches.

“I’m hoping we can dovetail all this together,” Hewett said.

Ocean Isle Beach lost 100,000 cu. yds. (76,500 cu m) of sand in the storm and will get assistance to put it back. The town also saw about 40 ft. (12 m) of the ocean end of Shallotte Boulevard collapse in place after the sand was scooped out from under it. 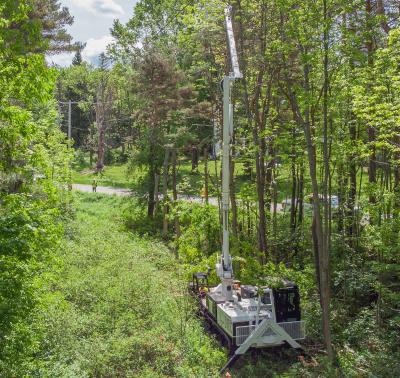