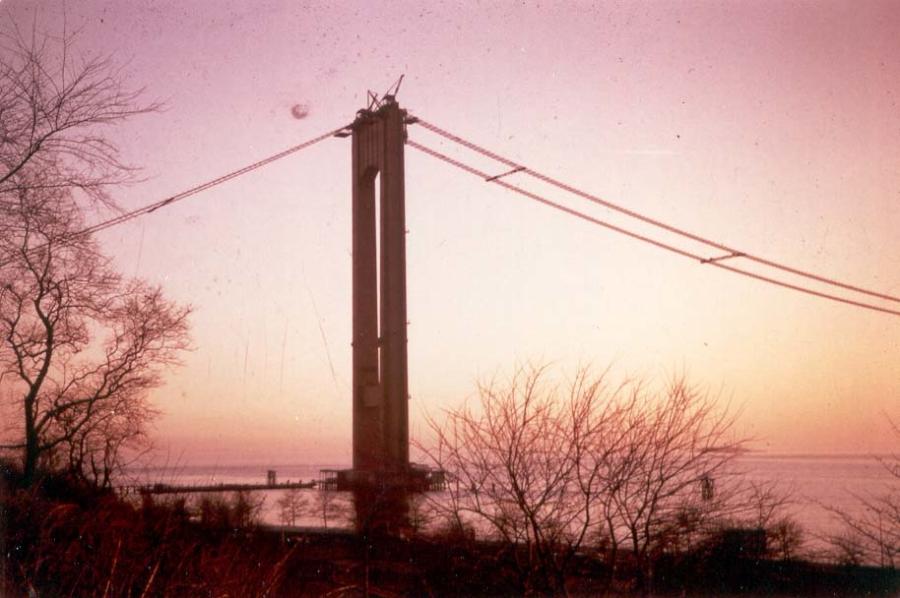 Image courtesy of Matthew Proujansky. The Verrazano-Narrows Bridge during construction in 1960.

New York local news affiliate WPIX is reporting that a new petition drive by a Brooklyn college student to correct the name of the Verrazano-Narrows Bridge will fall on deaf ears.

That's the attitude of New York state officials toward a more-than-50-year-old error in the name of bridge. It's spelled with one Z but should actually be spelled with two Z's for the Italian explorer Giovanni da Verrazzano, who discovered New York Harbor in 1524.

Metropolitan Transportation Authority officials say it would simply be too expensive. A renaming of the Triborough Bridge for Robert F. Kennedy in 2008, for example, cost $4 million.

Brooklyn college student Robert Nash calls the error a “travesty.” He has started an online petition to add the other Z to North America's longest suspension bridge.