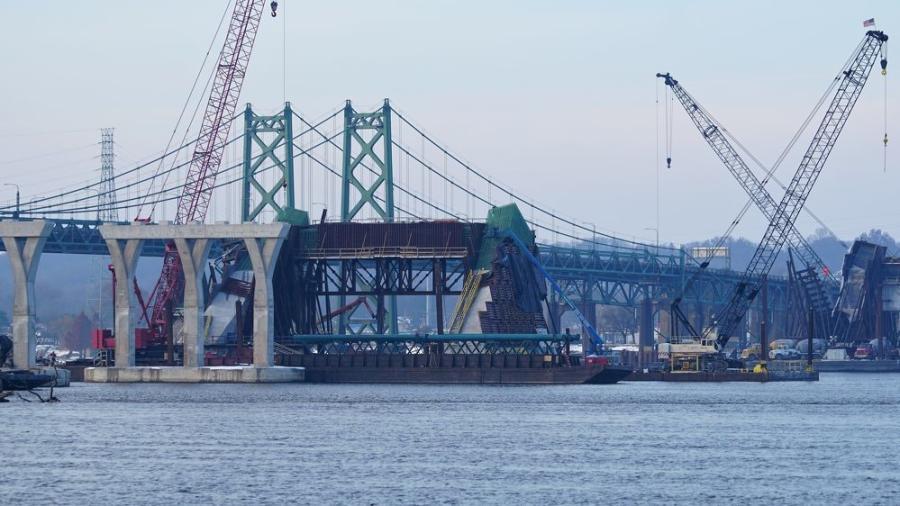 Cranes are used in the construction of the arch pier and crossbeam. (© 2019 Iowa DOT)

A $1.2 billion bridge replacement is currently under way in a cooperative effort between the Iowa and Illinois Departments of Transportation.

The I-74 Mississippi River Bridge project is part of an overall plan to improve the I-74 corridor from Moline, Ill., to Davenport, Iowa. Construction is taking place between Avenue of the Cities in Moline and Middle Road in Bettendorf.

The project includes the replacement of the I-74 bridges over the Mississippi River as well as interchange ramp reconfigurations and local roadway improvements.

Danielle Alvarez, I-74 project manager for the Iowa DOT, explained that the project is on a 3 1/2-year schedule. Construction of the new bridge began in July 2017. The westbound bridge is expected to be completed in late 2019, the eastbound bridge in late 2020, and the existing bridges removed in 2021. 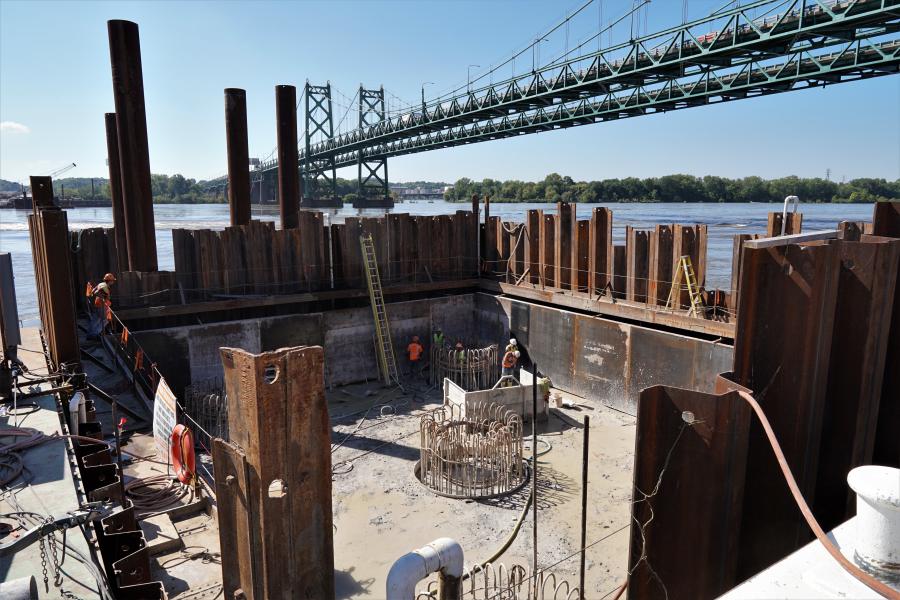 "We have many subcontractors on the project," Alvarez said. "Many are from the region."

Both agencies are working closely with the cities of Bettendorf, Davenport, Moline and Rock Island to coordinate construction. Additionally, the Iowa and Illinois departments of transportation have contracted with a construction management consultant to assist in administration of the corridor construction.

Work continues through the winter to complete the westbound bridge between Moline, Ill., and Davenport, Iowa. (© 2019 Iowa DOT)

Alvarez reported that one unique aspect of the project is that it involves one of only a few bridges crossing the Mississippi River in the "Quad Cities." This is a region that includes five cities in northwest Illinois and southeastern Iowa: Davenport and Bettendorf in Iowa and Rock Island, Moline, and East Moline in Illinois.

The first challenge noted by Alvarez is the aggressive schedule for the contract. The second involves the location of the project.

"From ice to rising river levels, working in the river requires significant patience and endurance," she said.

The form of the bridge will be a "basket handle" arch rising 164 ft. above the roadway. 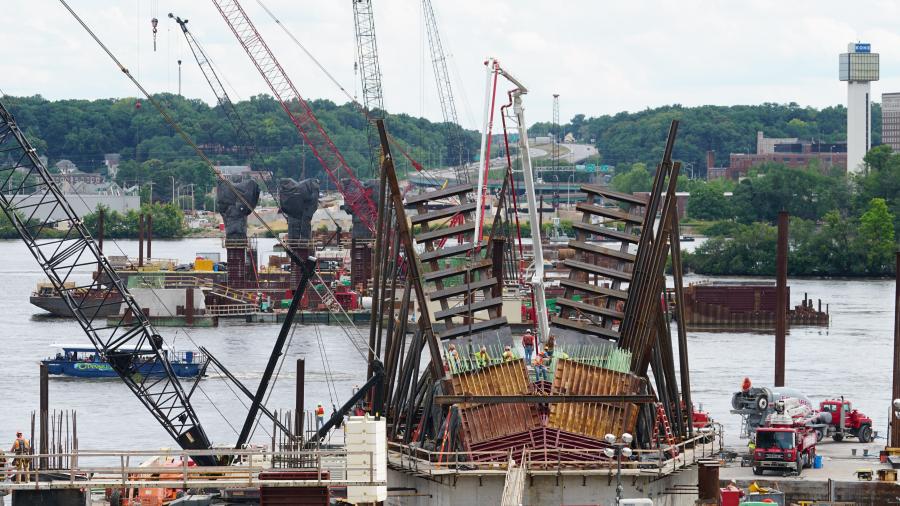 After months of preparation, the arch pier is installed. (© 2019 Iowa DOT)

"The construction of the arch is one of the most complex activities on the project," Alvarez said. "It will require extraordinary precision and effort given the geometric details of the basket-handle shape and requires a great deal of coordination, including delivering materials to the project site, preparing the foundations to receive the steel segments of the arch, connecting the segments, etc. Come spring time, we also have to consider impacts on river traffic in the navigation channel."

Completing the arch by spring is necessary in order to deliver the westbound bridge on time. A Manitowoc 650-ton crane with a 340-ft. boom will be used for the arch erection.

"We had to custom-build a barge — about a half-acre — to hold the crane," Alvarez said. 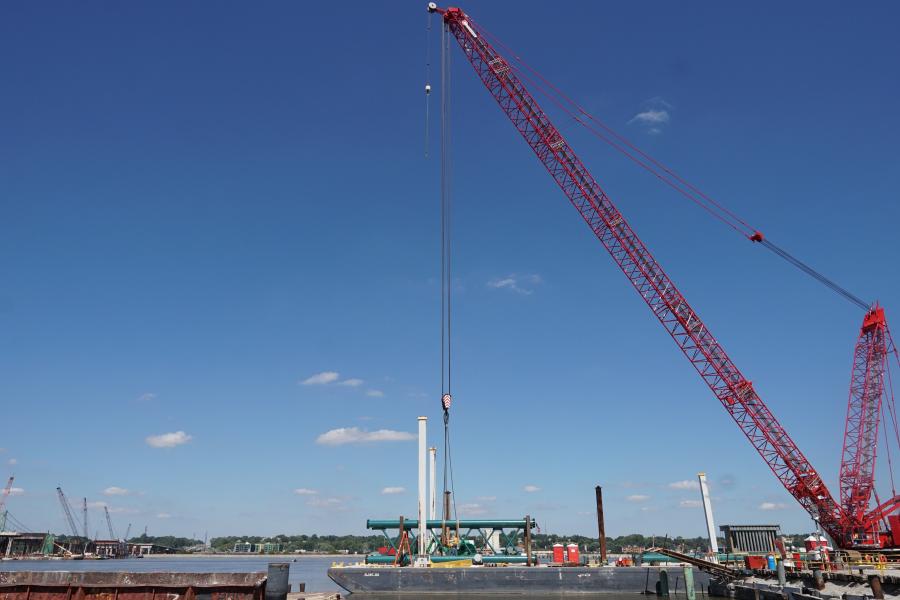 Various other cranes also will be used, some of which are about 300 tons.

A total of 15 arch segments, fabricated in Gary, Ind., were delivered by barge via the Illinois River and then switched over to the Mississippi River to get to the Quad Cities.

Alvarez explained that the new bridge will be multimodal. The new eastbound bridge will include a pedestrian/bicycle path separated by a barrier from traffic and connecting the existing paths on both sides of the river.

According to the project website, the project also involves one of the largest mussel relocations in the United States.

The team worked with the U.S. Fish and Wildlife Service to mitigate impacts on a large number of mussels inhabiting the Mississippi River within the project area. The mussels are federally protected.

In September 2016, prior to the start of construction, the Iowa and Illinois DOTs undertook extensive efforts to relocate more than 140,000 mussels comprising 29 species on the shorelines and around the piers of the I-74 project area.

A second phase of mussel relocation will reportedly take place in advance of the demolition of the existing I-74 bridge. CEG