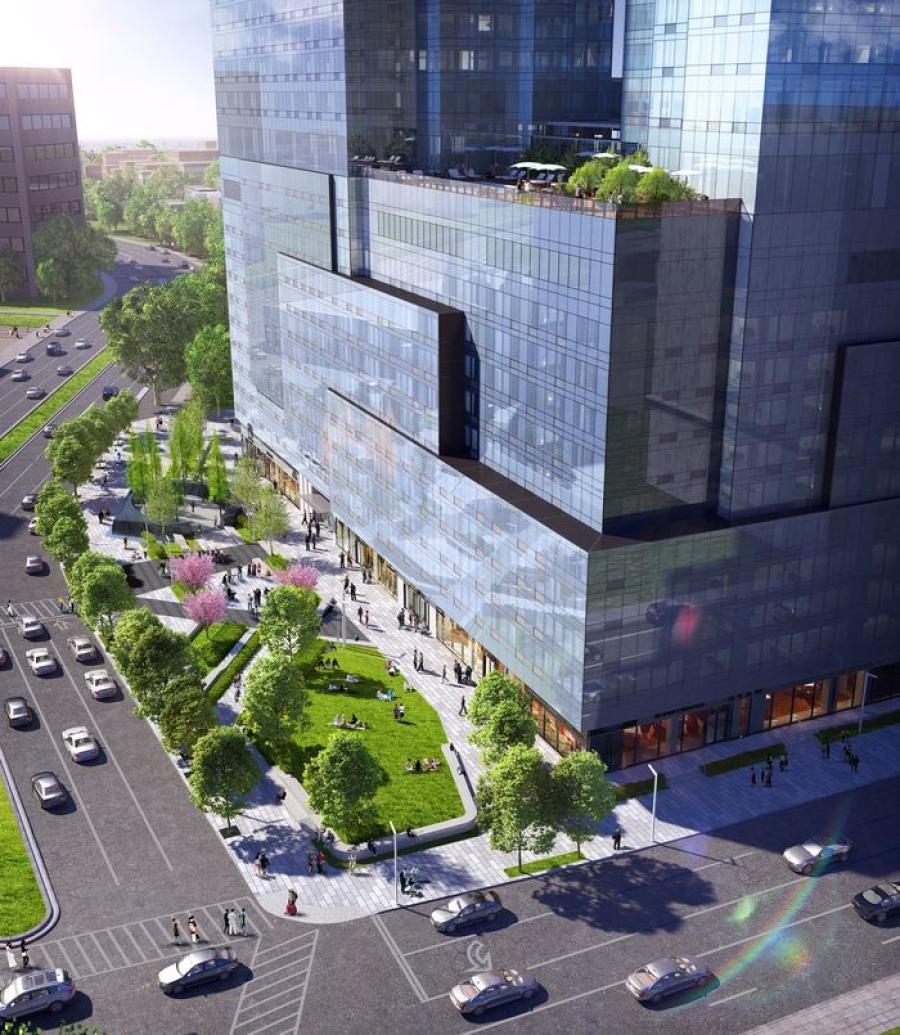 A massive Journal Square development project cleared its final hurdle Jan. 5 and construction is now expected to begin in June.

The Kushner Companies' 1 Journal Square project, which includes two 52-story residential towers over a 12-story base of retail, commercial and parking, got the okay from the Jersey City Planning Board in a unanimous vote.

"Kushner is excited to reach this milestone needed to get this pivotal project off the ground and make 1 Journal Square a reality," said Jenny Bernell, executive vice president of development for Kushner. "We look forward to continuing a great collaboration with Jersey City."

The final approval came after the developer and the city ended years of litigation in October with the settlement of a federal lawsuit filed by Kushner Companies over the denial of a tax abatement. The plan was initially approved in 2017, and minor amendments to the plan were approved Jan. 5.

A spokesperson of the company said the groundbreaking is expected to take place in June, 16 years after the crumbling buildings on the site were condemned and demolished in 2005. The lot, bordered by the Journal Square PATH Station, Kennedy Boulevard and Sip Avenue, has been vacant ever since.

The towers will rise 710 ft. and include 1,723 units between the two towers and the base. The project also calls for nearly 900 parking spaces.

Representatives the Port Authority of New York and New Jersey (PANYNJ), which operates the PATH system, voiced their concerns over the impact of the project on the Journal Square PATH Station, the bus depot there and the increased vehicular traffic the project will bring to the area.

The Port Authority said the increase in ridership will create a strain on the system and Mary K. Murphy, a planner of the agency, noted that in many states impact fees are awarded to neighbors affected by development. A study provided by the developer estimated 759 more PATH riders in the morning rush hour and 449 in the evening rush hour.

Also, at the Jan. 5 meeting, a 26-story development at the corner of Sip and Summit avenues, across the street from the State Building, was approved.

In a statement, Jersey City Mayor Steven Fulop's administration said it "continues to promote progress amid one of the greatest renaissances this city has ever seen and is doing so in a thoughtful and community-centric way, from creating new schools and libraries to expanding transit, to increasing affordable housing, to eliminating tax abatements, and 1 Journal Square is a prime example of how the mayor fought for the taxpayers' best interest.

"We are grateful to be moving forward with the project, which will further the revitalization of Journal Square and the city as a whole."