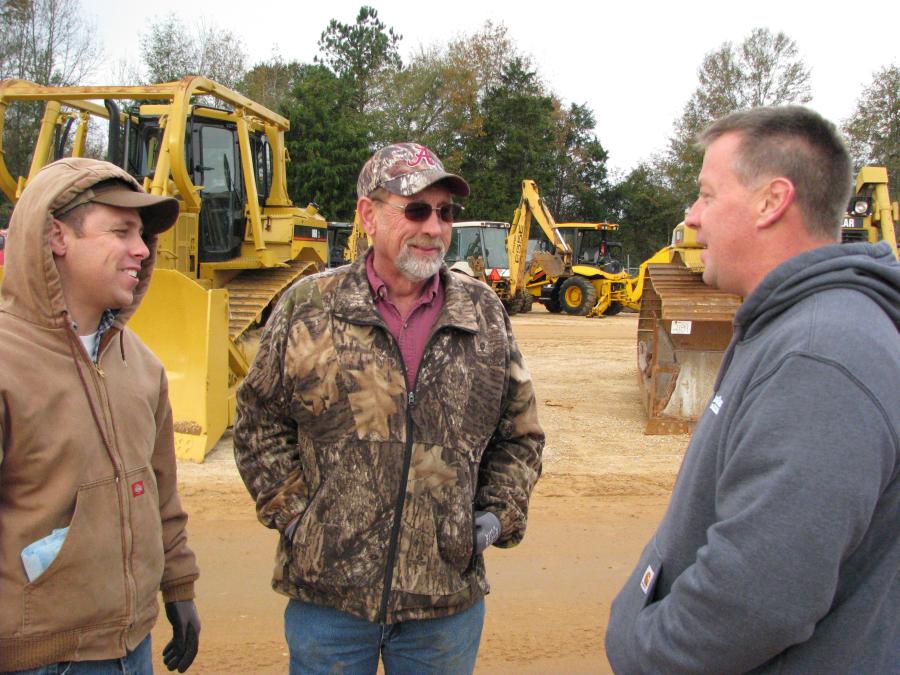 (L-R): Zach and Autrey Burns, both of Kyuka Farms, Attalla, Ala., and Bill Woods of Woods Equipment Company, Nashville, Tenn., talk about the lineup of machines about to go on the auction block on day two of the sale.

JM Wood Auction finished 2015 strong with its end of the year two-day construction equipment, truck, agricultural and forestry machine auction at its headquarters facility in Montgomery, Ala., on Dec. 2 to 3.

More than $23 million of equipment sold on site with more than $3 million in online sales with international bidders from as far away as Thailand, Canada, Vietnam, Jordan, Cambodia, Malaysia and Mexico.

“This was the largest end of the year December auction in our 42 years,” said Bryant Wood, company president. “Contractors have work and they were spending money.”

Next up for JM Wood is its 43rd annual spring auction. This four-day auction, which is slated for early March, will feature more than 3,000 lots including 150 2012 to 2016 Mack and Kenworth trucks as well as more than 30 late model Cat 140M and 140H graders from Alabama counties.