A recent study released by the Harvard Center for Risk Analysis at the School of Public Health revealed that the additional fine particulate matter emissions that can be traced back to traffic congestion in the nation’s 83 largest urban areas led to more than 2,200 premature deaths in the United States last year. The related public health cost, according to the study, was at best $18 billion.

What the study did not address was lost hours of motorists stuck in traffic while getting to work, the resulting loss of productivity and the stress associated with getting to work late, which as we all know, can create real physical ailments or exacerbate existing ones.

Plain and simple — we need an infrastructure bank, independent of the federal government and overseen by a board of directors consisting of transportation, economic and academic experts. Of course this has been proposed many times but has yet to get off the ground. Worse, it’s not being discussed. This comes back to our serious debt problems in this country. Most politicians are frightened that this will be lumped in with the now emotionally charged word, “spending.”

Education is key here. Politicians must distinguish for the average American who knows very little about infrastructure, which is most people, that this type of spending is akin to investing in your home, such as remodeling your kitchen, putting a new roof on, etc. Most people can relate that they’ll likely get more money from a sale when they do these improvements. And like home improvement projects, it creates jobs, which in turn creates revenue for the government through an increase in tax collection.

You’ve heard me say this before, but I will continue to bang this drum until we do the one obvious thing to turn this economy and country around — improve it! 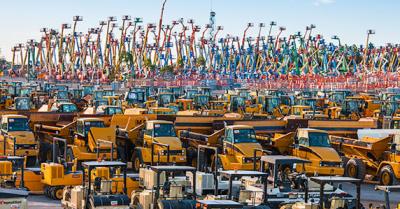