It’s all in your head. It’s what people like to say when they don’t believe there’s actually anything wrong with you — the old mind over matter cliché.

Sometimes it can be true. We’ve all heard reports of people beating cancer through faith, or we’ve seen some people make their problems worse by being negative. Sometimes it can be a little misleading, if not ignorant, as well. Stress brought on by financial or personal problems is real, producing genuine physical issues like headaches, fatigue and even flu-like symptoms. So while it’s in the head, it’s also very real … or tangible.

I think the economy has elements of both going on right now; it’s a little in the head and lot in reality. The news reports have subtly changed. Some news outlets have been reporting how there are some “glimmers” of hope, and that the “worst may be behind us.” Tell that to the nearly ten percent unemployed, or to the folks who are about to lose their homes or who can’t afford to send their children to college, but there’s another cliché that says, “perception is reality.”

If enough people believe that things are getting better, they’ll spend more money on goods and services, which in turn helps business, which in turn helps the employment rate, which in turn helps investments and on and on. This is not to say that we didn’t have real problems. Yes, the credit crunch was and is real and we have a serious manufacturing problem in this country because of cheap labor in China and India. But the bombardment of negativity, mostly from the media, didn’t help matters. It got people even more scared, which worsened everything.

Politicians also have been responsible for this, but at least we can elect or fire them. But we can’t elect our media, though it is they, in most instances, who have the most power. They create perception by how they present information; they decide reality, and they have done a big disservice to us by piling on when the economy was down. Reporting bad news is easy; people are rubber-neckers. Reporting good news requires hard work because it’s challenging to find sometimes. But there is always good news, and that’s the truth. P 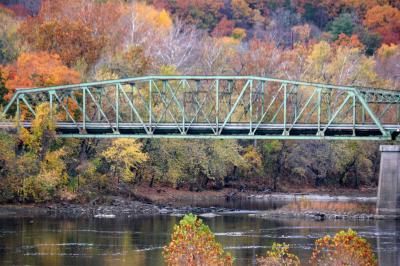