The event attracted more than 400 guests including customers. 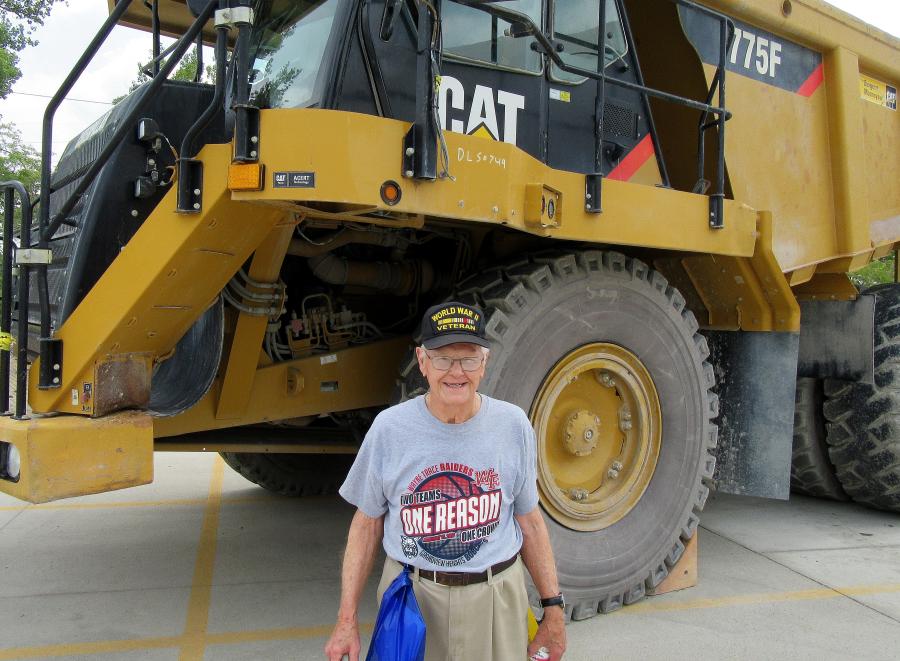 Major Klinger, who stopped in to see the Lafarge Paulding, Ohio, plant, was impressed with the size of this Cat 775F haul truck.

Lafarge North America held an open house event celebrating the 60th Anniversary of operations at the company's Paulding, Ohio, plant. The event, held on Aug. 5, attracted more than 400 guests including customers, employee's family members and friends from the community. State Representative Tony Buckley and representatives from Gov. Kasich's, Sen. Rob Portman and Congressmen Latta's offices also were on hand to extend their congratulations. Included in the presentations was recognition of the plant's 9.5 years of operation without a lost time incident which covers more than 1.3 million man hours of safe work.

Those in attendance were treated to lunch, guided tours of the operation and safety presentations. There also were gift giveaways and two inflatable bounce houses for children to play in.

According to Jeff Scott, plant manager, the Lafarge plant in Paulding, Ohio, began cement production in 1956 and has been producing quality cement ever since. The plant serves a market area that spans north to Toledo and south to Columbus and as far west as Fort Wayne and Muncie, Ind. The facility's 79 employees move an average of 1.8 million tons of rock to produce 400,000 tons of cement annually.

Areas within the site also have proven to be productive hunting grounds for amateur fossil enthusiasts like husband and wife team, Connie and Dave Mielke. The Mielkes have hunted fossils at the site for 17 years, finding a large variety of trilobites, horn corals, and Cephalopods, ancestors of today's squids and cuttlefish. Operating seven days a week, and with safety a major priority at the plant, Scott set up the Lafarge Paulding County Community Fossil Garden with the Mielkes' assistance — identifying likely shale seams to leave at the garden as a community outreach. The public is welcome to visit the fossil gardens, located at the northwest corner of the property at the intersections of County Roads 180 and 87.