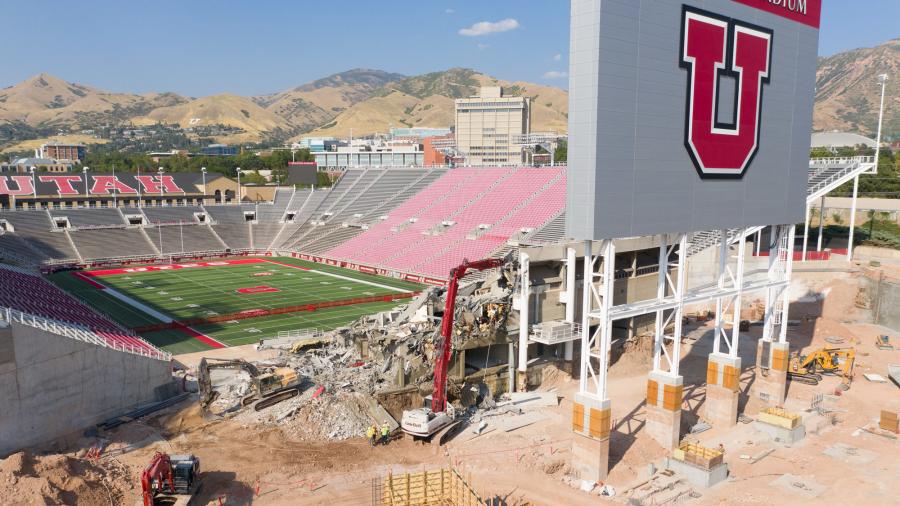 Layton Construction, based in Sandy, began its demolition on Monday, Aug. 24, at The University of Utah’s Rice-Eccles Stadium. The project was pushed up three months after the 2020 Pac-12 football season was canceled due to the coronavirus pandemic. (University of Utah photo)

Crews from Sandy-based Layton Construction began its demolition on Monday, Aug. 24, of the The University of Utah's Rice-Eccles Stadium. Crews started the dismantling of the Space Clarke Football Center in the south end zone.

After months of excavating, pouring of deep foundations and placement of shoring walls, the first steel will begin to be erected in October.

Layton Construction Project Manager Jared Adamson said the demolition of the 40-year-old building should take about five weeks to compete. It was originally scheduled to be taken down after the 2020 football season, but those plans were pushed up more than three months due to the cancelation of the Pac-12 2020 football season because of the coronavirus pandemic. 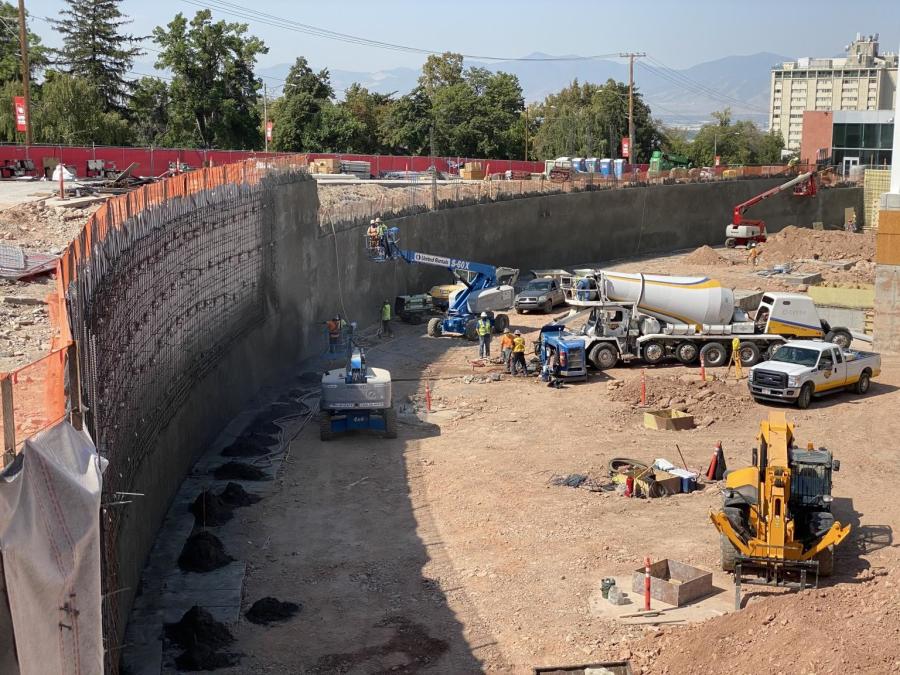 "We have a high-reach excavator that has a ‘muncher' on it," Adamson said in an interview. "Rather than imploding the building, it is much safer and it allows us to have smaller pieces of concrete to haul away. We have two excavators with the munchers on them, and they'll work from the west to east."

The material will be hauled offsite to be recycled and reused, according to Adamson.

Grading, utilities, footings and the building of a retaining wall are being handled by VCBO Architecture.

About eight months ago, construction started on this project that will add 5,000 seats to the stadium's capacity (45,807 increased to 51.444). The Ken Garff Performance Center at Rice-Eccles Stadium will also house both team locker rooms, officials' locker rooms, sports medicine facilities and many other spaces dedicated to game-day personnel at field level, plus a large field club.

Aside from amenities, the new construction also will include luxury suites, loge box, ledge and club seating and a number of bleacher seats will increase in the south end zone.

The new Ken Garff Performance Zone at Rice-Eccles Stadium is scheduled to open in 2021.

The Spence Clarke Football Center opened in 1982 as part of the major remodeling of the former Rice-Eccles Stadium. The field was lowered at that time by nine ft. and more seats were added on the sidelines and in the south end zone.

The new building was named in recognition of a $1 million grant made by local businessman Spence Clark. The funds were used to build new locker rooms, a stadium club room and a band room, as well as the structure for the south end zone seating. 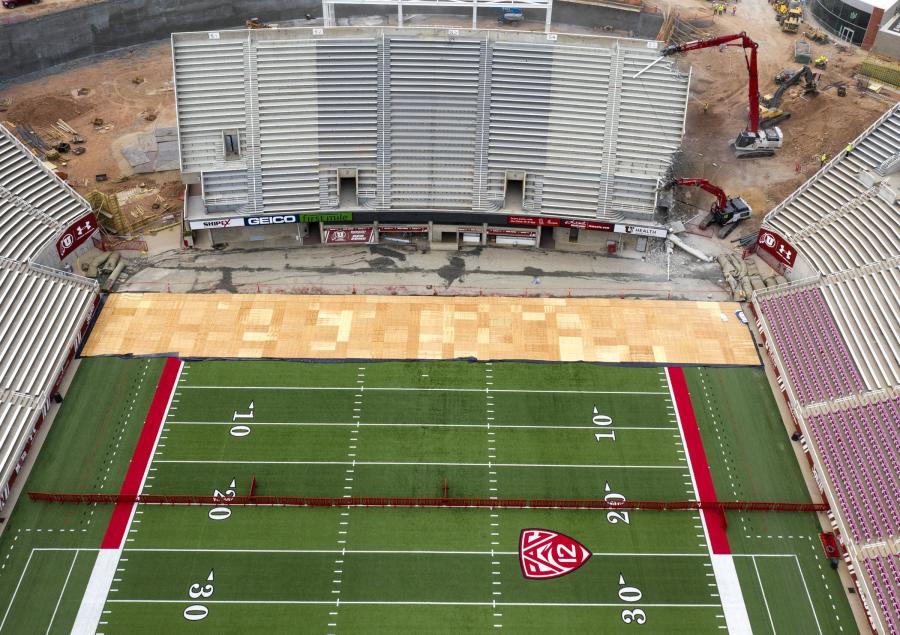 The Spence Clark Football center was the only portion of the previous stadium kept intact when the it underwent a major expansion and renovation in 1998 in preparation for hositng the opening and closing ceremonies for the 2002 Salt Lake Olympics.

After that, the facility was known as Rice-Eccles Stadium.

In April 2019 the Garff family generously pledged $17.5 million toward the $80 million project that will transform the home of Utah football and provide a world-class student-athlete experience.

"We are excited to begin the next phase of this important and transformational project for Utah Athletics," said Mark Harlan, director of athletics. "Our terrific supporters are integral to everything we do, and we are pleased to share the vision for the future of Rice-Eccles Stadium through the addition of the Ken Garff Performance Zone. This new facility is a game-changer for Utah Football and for all of our athletics teams as we continue to chase championships and create the best experience for our student-athletes."