The rarely spotted relative of a granny-flat or in-law apartment that's built inside a house is getting more and more popular. 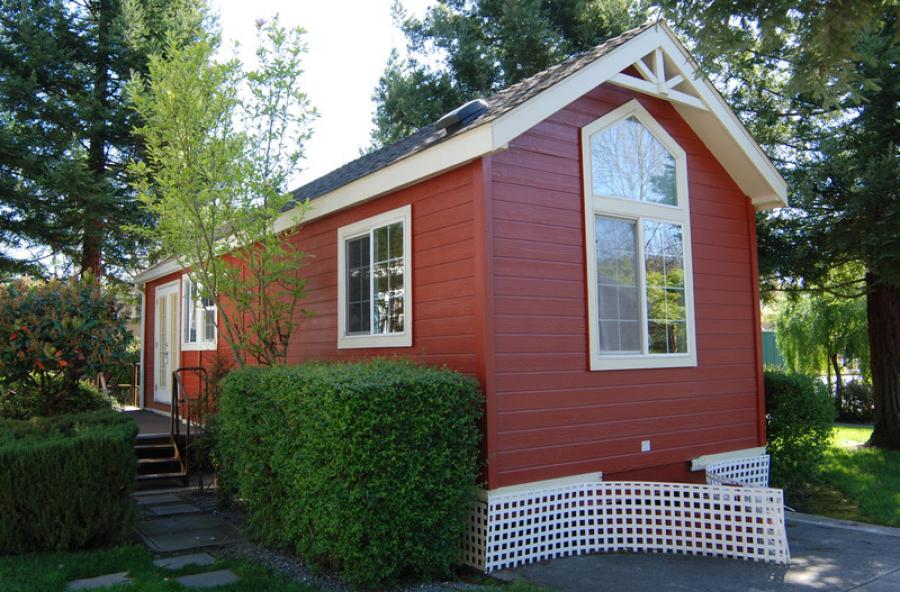 The Seattle City Council is trying to figure out how to permit more backyard cottages because they can offer a moderately priced option to the growing demand for rentals.

SEATTLE (AP) - Matt Stevenson has a little treasure behind his house that's envied by his Fremont neighbors and coveted by city officials.

Stevenson and his wife just built a backyard cottage, known in city-speak as a 'detached accessory dwelling unit,' or DADU. It's the rarely spotted relative of a granny-flat or in-law apartment that's built inside a house.

The Seattle City Council is trying to figure out how to permit more backyard cottages because they can offer a moderately priced option to the growing demand for rentals. If just 5 percent of the eligible single-family homes added cottages, that would add almost 4,000 dwellings to the city.

But it turns out these little houses face big challenges. Just 159 of them have been built in Seattle since they were legalized in 2010.

Portland had a similar problem. It tried removing two rules now front and center in Seattle's consideration. Portland scrapped its requirement that each cottage must have a dedicated off-street parking spot, and a mandate that owners must live on the property, in either the main house or cottage.

“Those had minimal effect,” said Phil Nameny, a city planner in Portland.

What made Portland's cottages an industry - with the city now permitting roughly one accessory unit per day - was when the city waived development charges for accessory units in 2010, saving builders about $11,000 on average, Nameny said.

There's been no similar proposal in Seattle as the City Council moves toward drafting legislation this year to encourage more cottages and granny flats. If anything, the opposite appears to be happening: Some cottage-builders are getting billed for King County sewer connections they weren't expecting.

If the city can't waive such charges, dropping the owner-occupancy requirement is the next best option, some say. “Without adding a new class of investors you will not see a big bump in production because they are expensive,' said Matt Hutchins, an architect who specializes in backyard cottages.

But that's likely to stir controversy.

“Owner-occupancy is going to be a tough one,' Fremont neighborhood activist Toby Thaler told City Council members at a packed meeting in mid-December. “Good luck with that. We'll be happy to engage with you next year.'

Backyard cottages have some obvious advantages over granny flats, called ADUs by the city, 937 of which existed in Seattle last year.

With no shared walls, DADUs offer a sense of privacy and quiet that makes them similar to a small house.