Drone services for the construction industry are expected to boom in the coming years. 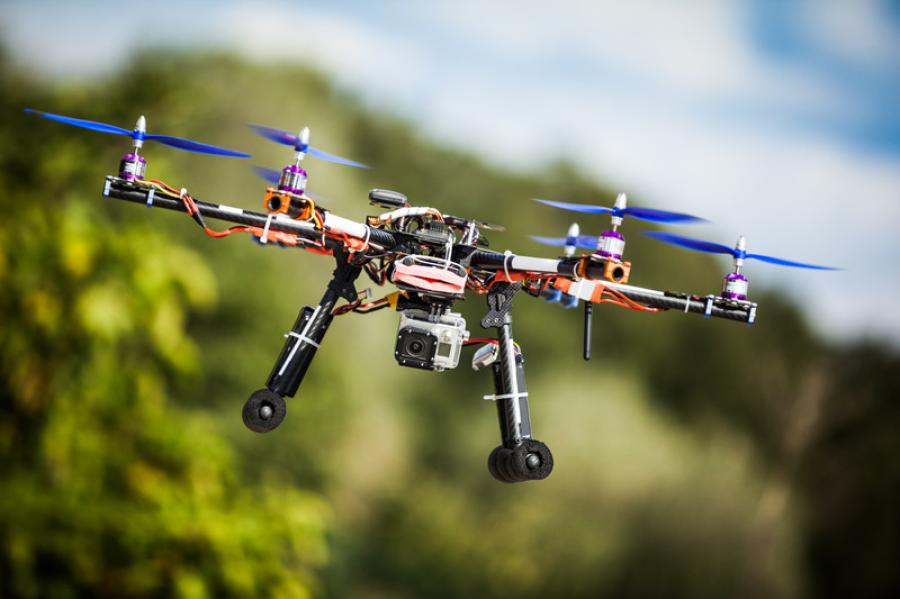 While nearly 2,800 drone businesses across the country now have FAA permission to fly, thousands more are still waiting for new federal rules.

They aren’t playthings. These drones are more durable than the toys that will be tucked beneath Christmas trees, and they carry expensive cameras. One drone costs $25,000, the other $10,000.

They are the tools of what the 31-year-old Fargo man hopes will soon be his full-time trade. Schmit plans to quit his job and build a business focused on drone services for the construction industry. He expects to invest about $75,000 getting his firm off the ground.

Minnesota Public Radio (http://bit.ly/1JvYvOt ) reports that he and thousands of entrepreneurs across the country want to jump into the potentially lucrative, rapidly growing business. But if they’re ready, the Federal Aviation Administration is not.

While nearly 2,800 drone businesses across the country now have FAA permission to fly, thousands more are still waiting for new federal rules. Drone users worry those delays could hamstring the industry in its infancy.

Schmit applied for a Section 333 special permit the FAA is offering as a stopgap to allow some commercial operators to fly drones while the agency finalizes long awaited regulations.

But he isn’t waiting for his FAA permit. He’s already flying to gain experience needed to market his services.

”The grey area is for sure a thing in this market. I’m trying to operate as legitimate as possible but what I’m doing right now is probably illegal, probably in the gray area.’

Schmit is willing to take that risk because he feels like he has to get experience in order to get a leg up on the competition he expects will flood the drone service industry next year when the FAA approves final rules for small unmanned aircraft weighing less than 55 pounds.

A lot of entrepreneurs are being held back because the FAA is taking so long to finish drone regulations, said U.S. Sen. John Hoeven, R-N.D.

”They need to move more aggressively and catch up because the industry is moving way ahead of them,’ Hoeven said. To make sure we address issues like safety and privacy, which are very important, the FAA has to get moving faster to make sure industry doesn’t leave them way behind.’

Hoeven said the FAA is now taking steps to catch up but is still far behind industry. He will push legislation next year to implement interim rules so more drones can legally fly.

There is growing demand for the work drones can do, said Greg Emerick, executive vice president of business development for Minneapolis-based Sentera. The company has 21 employees that design and build drones, the sensors the drones carry and the software to manage the data collected by those sensors.

Sentera’s focus is collecting data over farm fields. Agriculture is likely to be one of the top emerging drone markets, but the company is regularly approached by non-farm businesses that want to tap Sentera’s drone software and expertise for other work.

Emerick sees big potential for drones in search and rescue, firefighting and other jobs where the machines can take on some of the burden of dull or dangerous work.

But much of the promise of drones is still just potential as markets, technology and regulations evolve.

While agriculture is the first big market for drone services, the sweet spot remains elusive, said Tommy Kenville, who started one of the first drone businesses in North Dakota, a state that’s become a national leader in drone research and home to one of six national drone test sites.

”I researched 70 farmers and they said, `Tommy, I don’t need any more data. I need actual items that save me money or grow me more crops,’ he said. ”They’ve been flying in ag for three years around here. But we haven’t really found the value proposition yet where a farmer says, `Whoa, I need this.’

Kenville said he’s confident that as analytical software improves, the data collected by drones will become more useful to farmers and other industries.

Northrop Grumman and General Atomics, the nation’s two largest builders of unmanned aircraft, set up shop in North Dakota in 2015. There was a lot of research on how to fly drones safely in the national airspace with manned aircraft, said Robert Becklund, who leads the Northern Plains Unmanned Aircraft Test Site in Grand Forks, N.D.

”There’s such pressure on industry to fly safely,’ he said. ”But to predict how long it’s going to be until things happen? It’s just about impossible.’

While many entrepreneurs focus on small drones, defined by the FAA as weighing less than 55 pounds, Becklund said the North Dakota test site is focused on applications for larger drones.

”The best market, the best challenge is looking at the higher, heavier, longer distance airplanes,’ he said. ”The true airspace integration that’s going to lead to business cases that really make sense.’

Schmit and other entrepreneurs are trying to claim their piece of what they hope will be a big market. But he concedes many will likely crash as the industry and markets develop.

”There’s a lot of pie in the sky ideas, but using them in reality is proving to be a little bit more difficult than originally thought,’ he said. ”But the software and hardware is really catching up with the ideas right now.’