The first highway truck assembled at the plant, a Mack F711ST model, rolled off the production line on Nov. 19, 1975. 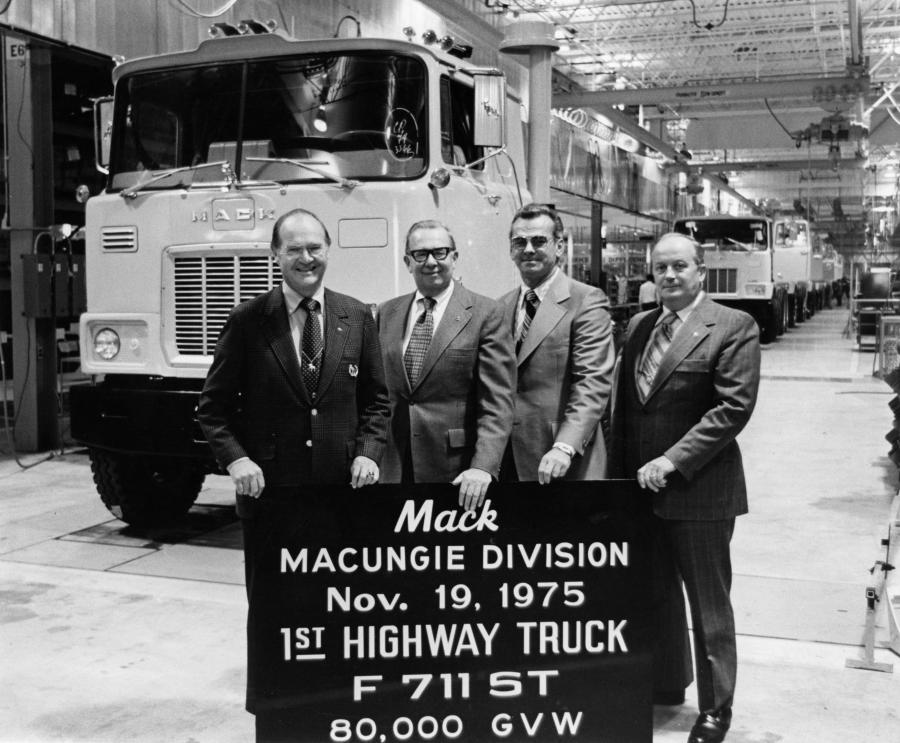 Mack Trucks is celebrating the 40th anniversary of the Mack Lehigh Valley Operations manufacturing facility located in Lower Macungie Township, Pa. The first highway truck assembled at the plant, a Mack F711ST model, rolled off the production line on Nov.

Mack Trucks celebrated the 40th anniversary of the Mack Lehigh Valley Operations manufacturing facility located in Lower Macungie Township, Pa. The first highway truck assembled at the plant, a Mack F711ST model, rolled off the production line on Nov. 19, 1975. Today, all Mack trucks built for North America and export are assembled at the facility.

“Over the past 40 years, we have proudly assembled thousands of Mack models for customers around the world,” said Stephen Roy, president of Mack Trucks North America. “Each employee's precision and dedication also has helped solidify Mack's reputation for building some of the toughest, highest-quality and most durable trucks on the road.”

Site preparation for the one million sq.-ft. facility began in May 1974. Construction began shortly thereafter, and the facility was completed in less than one year. The plant's layout was designed in-house by Mack employees, without the help of outside consultants, to maximize manufacturing efficiency and flexibility.

Today, the facility also is a model for energy efficiency improvements. In 2013, the plant became the first site to earn the U.S. Department of Energy's Superior Energy Performance (SEP) Platinum certification in the Mature Energy Pathway.

The SEP program certifies industrial facilities that implement an energy management system that meets the ISO 50001 global energy management system standard, in addition to achieving improved energy performance as verified by an independent third party auditor. Mack Lehigh Valley Operations has achieved nearly a 42 percent improvement during a 10-year timeframe and is currently the top SEP certified facility in the nation.

In conjunction with the anniversary, Mack also announced it would be changing the name of the facility from Macungie Cab & Vehicle Assembly to Mack Lehigh Valley Operations, highlighting the site's regional impact.

“This new name identifies our heritage, but also more accurately captures our operational footprint and the contributions of our employees who live throughout the region,” said Wade Watson, vice president and general manager of Mack Lehigh Valley Operations. “Although we are celebrating four decades of success at our plant, we have been revitalizing the facility with innovative systems and tools that already give our operation a very modern feel, and we are not yet complete with our updates.”

The new facility name will begin to appear on signage and other material in the coming weeks.