At least 160 people died in the collapse, though the state government puts the toll at 26 dead and three "unreconciled cases." 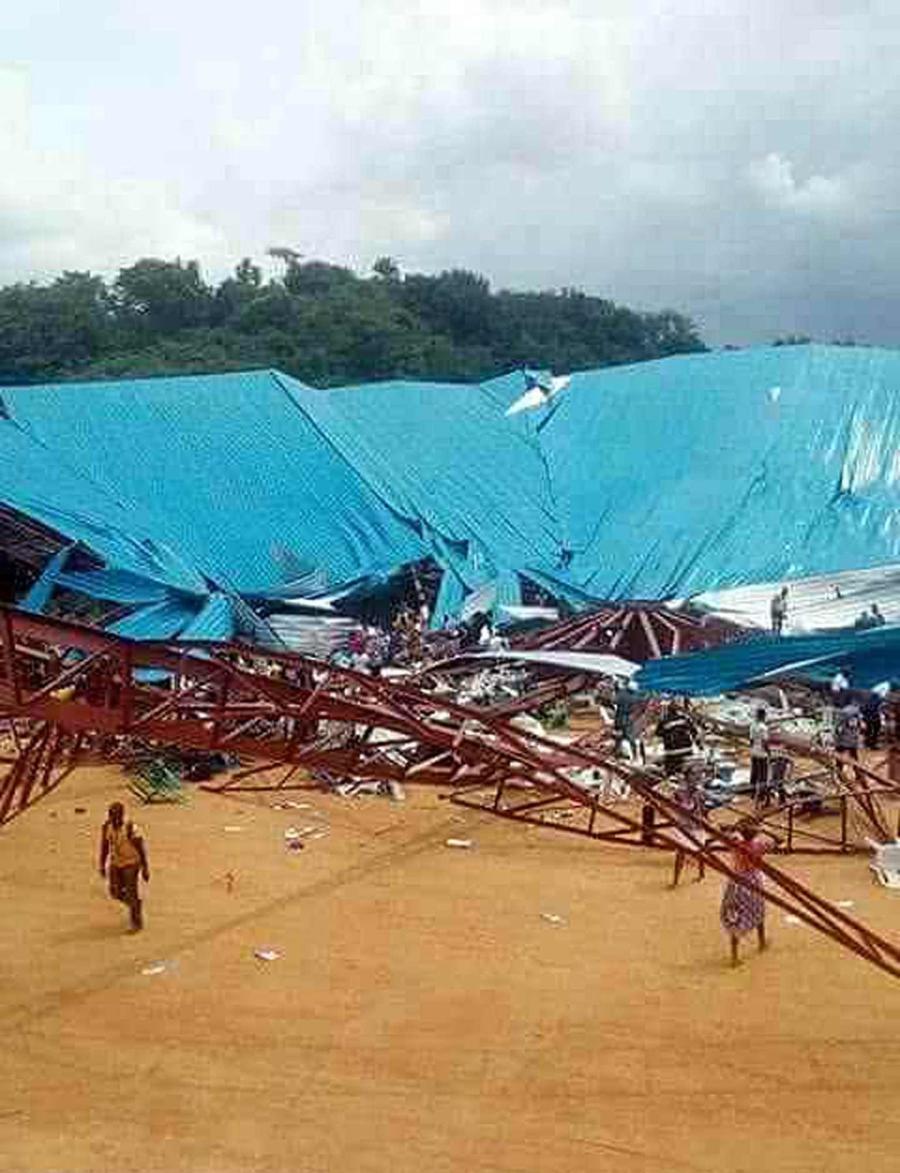 A overview of the Reigners Bible Church International that collapsed in the city of Uyo, Nigeria, Sunday, Dec. 11, 2016. The roof collapsed Saturday as some hundreds gathered for the consecration of founder Akan Weeks as its bishop.

The engineers involved should surrender to authorities, Kashim Ali, president of the Council for the Regulation of Engineering in Nigeria, told The Associated Press.

At least 160 people died in the collapse, though the state government puts the toll at 26 dead and three "unreconciled cases."

Reigners Bible Church International was under construction in the southern city of Uyo when it hosted hundreds of people for the consecration of founder Akan Weeks as a bishop on Dec. 10. Metal girders and the corrugated iron roof crashed onto worshipers as the structure collapsed.

Ali said a preliminary investigation has revealed that the church's construction, which began in 2013, was carried out without the required building permit, and that state authorities several times slapped "Stop Work" orders on the structure.

The council's investigation also found that many columns and beams had inadequate stirrups, and base plates were too small for the trusses of the structure. Stirrups help prevent support beams from buckling.

Uyo is the capital of Akwa Ibom State, whose governor has ordered the arrest of the church's chief engineer.

Ali said he doubted any of the engineers were registered with the council, noting that many unqualified people are involved in construction in Nigeria.

The engineers' investigation is independent of a panel of inquiry set up by the state government. Victims' bodies will not be released until security agencies finish investigating, said a statement on the state website.

Buildings collapse often in this West African country because of endemic corruption, with contractors bribing inspectors to ignore shoddy work or a lack of permits.