Despite the discovery, Cargo said the construction, including a sewer extension will continue according to schedule. 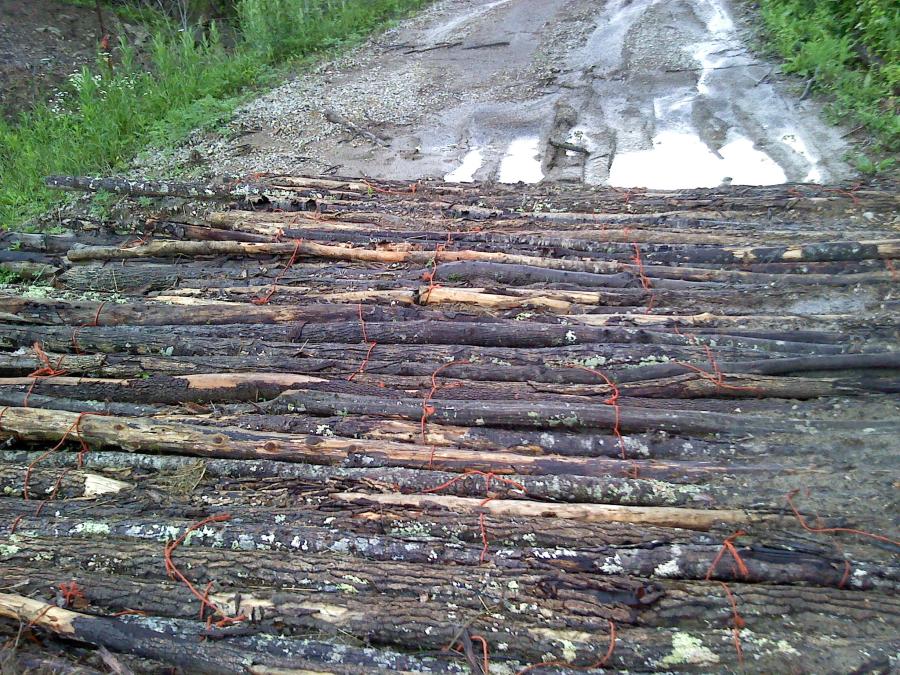 An example of a corduroy road.

During a reconstruction project in western Michigan, construction crews uncovered a piece of history in an 1800s-era road beneath a roadbed July 24, the Associated Press reported.

According to Grand Haven Township Manager Bill Cargo, crews were installing a storm sewer as a part of a reconstruction project when they found a section of “corduroy road” that was about 50 feet long. After finding an initial piece of the old road July 18, crews have continued to find additional stretches, for a total of about 100 linear feet to date.

The corduroy road (also known as a “log road”) was made by lining up logs perpendicular to the direction of the road in low or swampy areas, Cargo said. These roads were constructed in the 1800s to aid horse-drawn wagons and buggies make it through the mud, the Associated Press reported.

However, the roads weren't particularly effective.

“It is 'rough' in the best of conditions, and was considered a hazard to horses due to shifting loose logs,” Cargo said. “This section of corduroy road was probably installed during the logging phase of our area's history, circa 1855.”

Despite the discovery, Cargo said the construction, including a sewer extension will continue according to schedule. Grand Haven Township set aside a little more than $1 million for the project as a part of its Downtown Development Authority's tax increment financing plan. The project will cover 2,500 feet of linear road in an area which will be used for industrial development, the Associated Press reported.

“We knew this kind of road was underneath 144th Avenue, but not 166th,” Community Development Director Stacey Fedewa said. “It was a pleasant surprise. We love finding our historical things here.”

Fedewa also said that the Tri-Cities Historical Museum in Grand Haven plans to use some of the corduroy road in an exhibit, the Associated Press Reported.

Old roadways are just the start of the historical artifacts crews have found while at work. Earlier this year, Construction Equipment Guide reported the discovery of a centuries-old wine collection behind a prohibition-era wall.