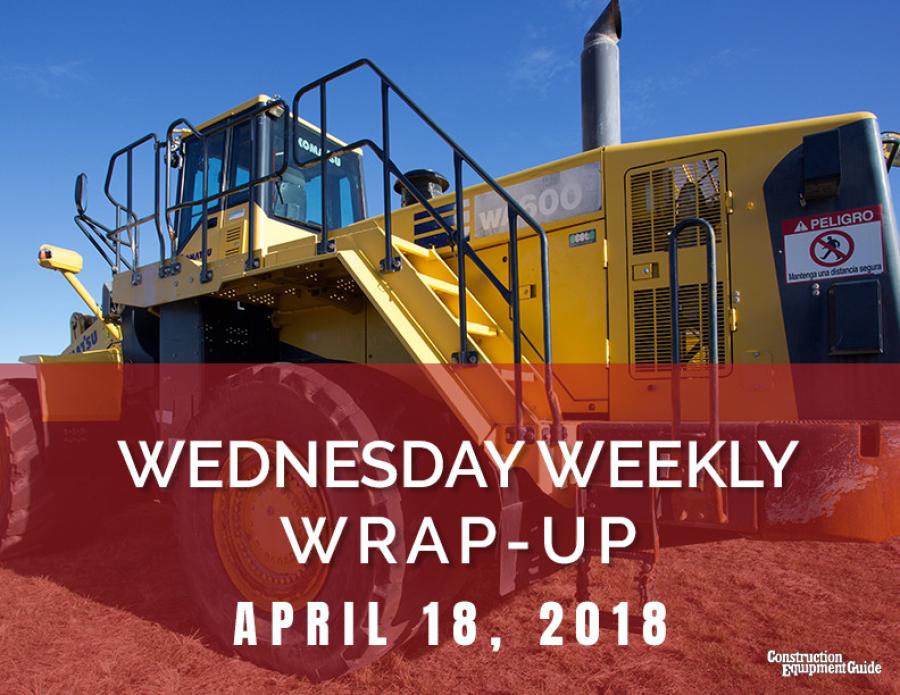 Crews Use Crane To Put Golden Knights Jersey On Vegas Statue
Workers in Las Vegas used two cranes to begin transforming the 150 foot tall Statue of Liberty replica that sits in front of MGM Resorts New York New York Hotel & Casino with an enormous Vegas Golden Knights Jersey, just in time for the Knights to take on the Kings in game 2 of the playoffs. The idea of dressing the statue was going to be tables for next season, but after the Golden Knights qualified for the Stanley Cup in their very first season, the plan was expedited.

County Officials OK Bonds For Raiders Stadium In Las Vegas
Officials in Nevada's Clark County have approved the sale of bonds for the construction of the Oakland Raiders' Stadium in Las Vegas. The Raiders want to start the 2020 season at the $1.8 billion, 65,000 seat stadium that is being built across the freeway from the Las Vegas Strip. Guests of hotels in the Las Vegas areas are paying for a room tax that that, over time, will contribute $750 million for the project. The bonds allow for the financing of the public's share. The NFL and the team, which has secured a bank loan, are covering the remainder of the project.

Bridge Between Maine, New Hampshire Opens To Traffic
A replacement for a 76-year-old bridge connecting New Hampshire and Maine opened to traffic on March 30. The opening comes after months-long delays caused friction between transportation officials and the contractor, the bridge was initially scheduled to open last September. The original bridge opened in 1940 and was closed in August 2016. The bridge consists of 200 foot concrete towers that lift a 300 foot long span, allowing larger ships to pass through.

Border Wall Reinforcement Under Way
U.S. Customs and Border Protection (CBP) awarded Barnard Construction of Bozeman, Montana, with a contract to replace existing vehicular barriers along a 20-mile stretch with a border wall. The wall is located just west of Santa Teresa Port of Entry in New Mexico and extending westward. Construction of the wall, valued at approximately $73.3 million , is scheduled for completion in just over a year.