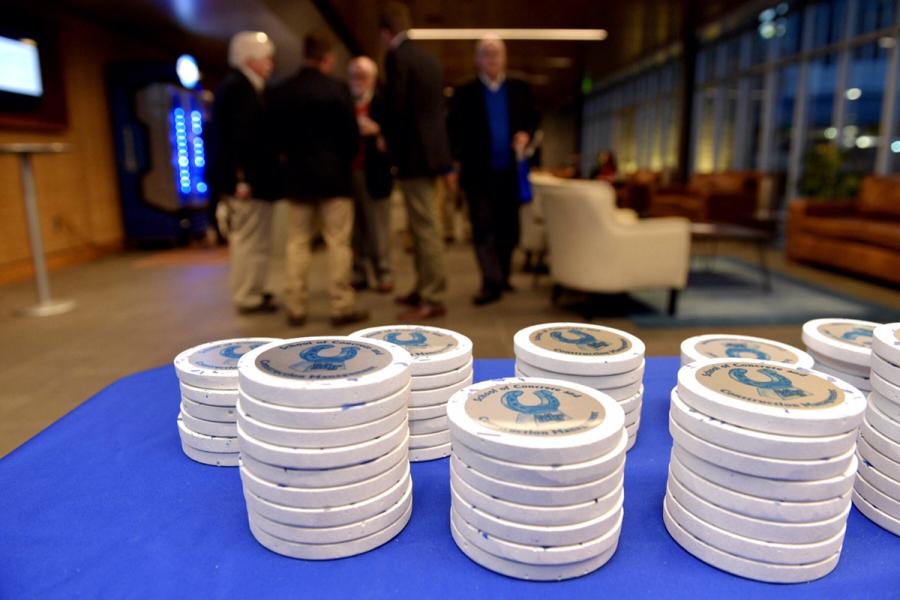 The vision of Middle Tennessee State University College of Basic and Applied Sciences Dean Bud Fischer led to the merging of its signature concrete program with construction counterpart to form the MTSU School of Concrete and Construction Management.

The vision of Middle Tennessee State University College of Basic and Applied Sciences Dean Bud Fischer led to the merging of its signature concrete program with construction counterpart to form the MTSU School of Concrete and Construction Management.

MTSU has had the nationally recognized Concrete Industry Management program --the first of its kind in the country -- and the highly successful residential/development and commercial construction program for more than 20 years. There are 310 majors combined in the two concentrations.

"The merger was led by a vision from Dr. Fischer to create a school that would gain attention from high school students, parents and employers that would serve as the statewide clearinghouse for concrete and construction education," Brown said.

Fischer, who has been dean since 2012, said for years MTSU "has enjoyed peer recognition as having among the best residential and commercial construction programs in the Southeast."

"The Concrete Industry Management department also enjoys acceptance as the best concrete program in the nation, with a model partnership involving the industry," he added. "Bringing these two programs of this nature together in the proposed School of Concrete and Construction will create a unique organization that spans the traditional academic disciplines."

The merger establishes "a new standard for concrete and construction education, research and outreach, confirm our reputation for innovation and creativity and make Middle Tennessee State University a destination for students interested in an applied science education with a focus on the built environment," Fischer said.

"Skanska congratulates MTSU on the merger of their concrete, commercial and residential construction programs under one school," said Joey Hatch, executive vice president for Skanska. "This new collaboration will increase synergy between the combined advisory boards, allow MTSU to gain more recognition from the increased student population of the total program and provide companies like Skanska the opportunity to recruit from a larger pool of local graduates with a more well-rounded education."

Hatch added that MTSU's brand will be "more prominent than it's ever been by creating our region's only program that houses a unique blend of construction disciplines."

As of August, department data showed 8.4 jobs per each graduating MTSU concrete major and average salaries from 2012-16 included nearly $43,000 in Tennessee and nearly $51,000 out of state.

The residential/land development construction major is also special and has been at MTSU since 1991, Brown said. Commercial construction has been very successful at placing graduates since 2010 with nearly 100 percent job placement.

Prominent concrete and construction alumni include:

• Chad Hustedde (Class of 2000), a concrete graduate, who is vice president and general manager of Cemex in Tampa, Florida.

• Dre W. Cox ('03), a concrete graduate, who is vice president/construction with TDK Construction in Murfreesboro.

• Brian Chastain ('01), a construction management graduate, who is president of Parkside Builders in Nashville.

• Matt Fugate ('05), a construction management graduate, who is vice president of construction for EMJ Corporation in Chattanooga, Tennessee.