While $19 million is a far cry from the estimated $21.1 billion that’s needed to address a backlog of projects along the Northeast Rail Corridor, advocates hope it’s a signal there will be more to com 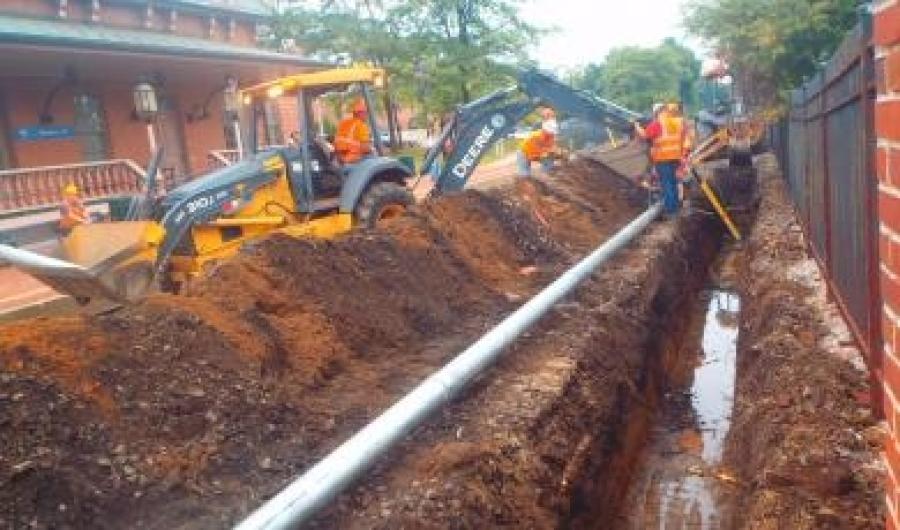 While $19 million is a far cry from the estimated $21.1 billion that’s needed to address a backlog of projects along the Northeast Rail Corridor, advocates hope it’s a signal there will be more to come down the track.

HARTFORD, Conn. (AP) While $19 million is a far cry from the estimated $21.1 billion that's needed to address a backlog of projects along the Northeast Rail Corridor, advocates hope it's a signal there will be more to come down the track.

The special allotment, tucked into the new federal budget, marks the first time in recent memory that federal money has been specifically dedicated for projects along the aging 557-mi. (896 km) stretch of railway from Washington, D.C. to Boston — the busiest passenger rail corridor in the nation.

U.S. Sen. Chris Murphy of Connecticut called the $19 million “a foot in the door” that could lead to additional federal funding. Much more is needed to help the states upgrade a rail corridor with crucial segments at or near full capacity, bridges and tunnels dating back to the period between the Civil War and the New Deal, and components of electrical and signal systems from the 1930s.

“The amount of money is not what is significant,” said Murphy, who worked to include the provision in the budget bill. “What is important, for the first time, we have a dedicated account just for the Northeast and we can grow that account as time goes on, knowing that every dime in it will help the Northeast Corridor.”

While much of the $1.4 billion in federal funds Amtrak expects to receive ultimately will be spent on the Northeast corridor, northeastern lawmakers have wanted for years a guarantee that funds would always be dedicated to the region. Lawmakers elsewhere opposed the idea, fearful their rail lines might suffer.

“The Northeast corridor is by far the busiest rail system in the country and is an essential piece of our national transportation network,” said U.S. Sen. Jack Reed of Rhode Island. “Everybody needs to pay their fair share of the freight, and this $19 million for dedicated investments along the Northeast corridor represents a small down payment on the federal government's part.”

James Redeker, chairman of the Northeast Corridor Infrastructure and Operations Advisory Commission, said a proposed five-year capital improvement plan released earlier this year is the basis for the new funding. The first-of-its-kind, regionwide blueprint for improving the corridor was a joint effort of the states, the U.S. Department of Transportation, Amtrak, eight commuter rail agencies and others. It identifies how much money is available for projects and how much more still is needed.

While the commission devised a new framework for sharing operating and capital costs, it contends the federal government has primary responsibility for eliminating the backlog of deferred maintenance and restoring infrastructure to a state-of-good-repair. The new federal transportation bill will allow Amtrak to reinvest profits generated along the corridor in the Northeast, but that's not expected to generate enough money.

“Without significant and sustained federal investment in Corridor assets that will provide economic returns for the next hundred years, the condition and performance of the [Northeast corridor] will continue to worsen,” Redeker told a congressional subcommittee in May. “The economic and mobility risks for the region and the nation are unacceptable.”