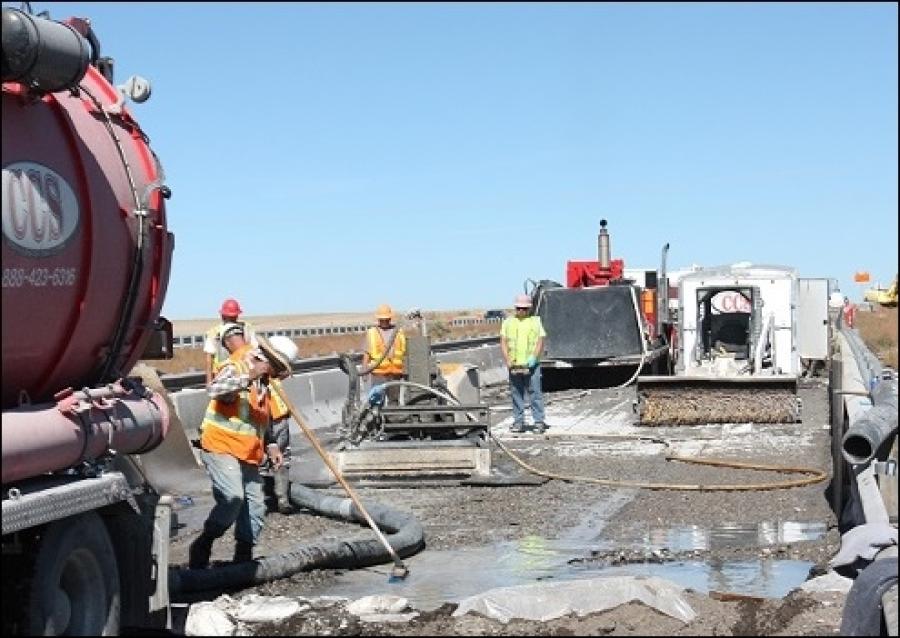 The U.S. Department of Transportation in a new “conditions and performance” report estimates that the backlog of needed highway and transit infrastructure projects has reached $926 billion.

The U.S. Department of Transportation in a new “conditions and performance” report estimates that the backlog of needed highway and transit infrastructure projects has reached $926 billion, and that many billions more will be needed in the next 20 years to keep up with demand.

The Trump administration has described a plan to generate an estimated $1 trillion in overall infrastructure investment over the next decade, much of it by incentivizing much more private spending on projects.

Elaine Chao, President Trump's nominee to be transportation secretary, told senators in her confirmation hearing that a task force will shape the details of its plan, in concert with members of Congress from both parties. She also indicated support for added direct federal funding as well as private finance.

Former U.S. Transportation Secretary Anthony Foxx said the new conditions report shows that “we have an infrastructure system that is fundamental to the nation's economic health, and it needs greater attention and resources.”

He added that such investment pays off, since “improving our nation's roads, bridges, and transit helps create jobs, connects communities and ensures that our nation is equipped for the future.”

The report indicated that addressing the growing highway investment backlog while still meeting other needs as they arise over the next two decades will require $142.5 billion annually in combined transportation spending from state, federal and local governments.

By comparison, in 2012 — the most recent year in which the report's data were available, those federal, state and local governments spent a total of $105.2 billion on such infrastructure, the USDOT said, or “35.5 percent less than what is needed to improve highways and bridges.”

The report also said $26.4 billion is needed per year to improve the condition of transit rail and bus systems, but said in 2012, total spending to preserve and expand transit systems was $17 billion.

“If transit investment is sustained at those levels, overall transit system conditions are expected to decline over the next 20 years, and increasing the transit system preservation backlog from an estimated $89.8 billion to $122 billion,” the announcement said.

“This report shows the impact of the lack of investment in infrastructure,” said Carolyn Flowers, acting federal transit administrator. “The results of that neglect can be seen throughout our country as both reliability and safety suffer. We must increase investment in public transportation nationwide, because we must take immediate action to bring our transit infrastructure into a state of good repair and provide the world-class service that Americans deserve.”