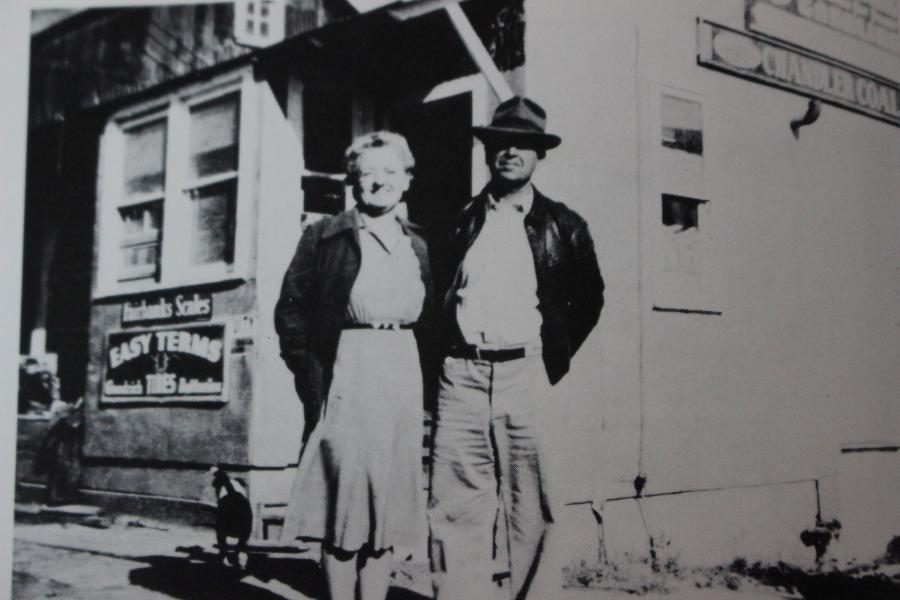 I.R. and Bessie Romer in front of Romer Merchantile.

4 Rivers Equipment will celebrate the grand opening of its brand new facility as well as 90 years of growth and partnership with customers and suppliers. The new storefront will be moving 4 mi. (6.4 km) to Rojas Drive in El Paso, Texas.

The celebration will be October 14, 2016 at the new location.

In 1926, the first public display of television was observed in London, England. Also in 1926, the owners of Romer Mercantile in Holly, Colo., began building a future. I.R. and Bessie Romer forged a business to survive the Great Depression; the Dust Bowl; World War II; the Korean War; the Vietnam War; the 60's; the Energy Crisis of the 70's; and disco.

4 Rivers Equipment grew and flourished through generations and now appears in 14 locations from Texas to Wyoming.

Its owners credit the vision and strength of 4 Rivers Equipment to the customers and the partnerships that have been forged.

4 Rivers Equipment is an approved dealer of John Deere AG and Construction and Forestry division. 4 Rivers Equipment provides everything from small riding lawn mowers to row crop tractors, and from skid steers to mining machinery. The company also carries a variety of equipment lines customers need to get the job done. 4 Rivers Equipment also provides parts and service.