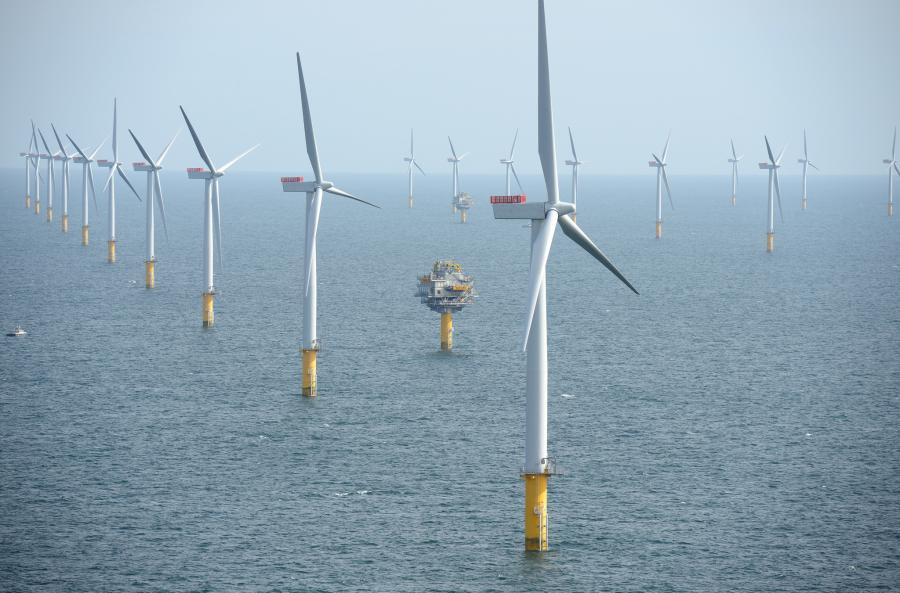 RUTE Foundation Systems and a research team at Portland State University are receiving early-stage investment support from Oregon BEST to commercialize the new technology, which could speed wind farm development and keep millions of pounds of carbon dioxide out of the atmosphere.

Construction of a single wind farm with up to 50 turbine towers takes many months to complete in ideal conditions. Weather and curing of the concrete used in the footings can impact wind turbine delivery schedules, dragging out overall construction time and increasing costs.

“Our foundation system is delivered fully hardened, so there is very little risk as to if it will be installed, cured and ready when the turbine is delivered to the site,” said Krause, who uses the analogy of a massive Douglas fir tree held in place by a root system that weighs much less than the total weight of the tree.

Because the components in the RUTE system are made in a beam manufacturing plant, the finished product is three times stronger than cast-in-place concrete. And using less concrete requires less cement, a material that is extremely energy-intensive to make and generates CO2 during production. The RUTE system can save as much as 6 million lbs. (2,721,554 kg) of CO2 emissions for a single wind farm, Krause said.

The company is working with Franz Rad, a Portland State University professor of civil and environmental engineering, to design instrumentation and procedures to monitor beam flexure in a range of soil and weather conditions. The work at PSU involves structural analysis, stress analysis and design of the beams and the supporting hub. It will provide critical validation of the material properties and structural design before initial field studies begin.

“It is interesting and challenging for me and my grad students to look at replacing massive concrete footings with a new foundation system that has post-tensioned beams connected to a hub,” said Rad. “Computer models show us the strength and stiffness of the foundation, and in the process grad students learn about practical design, structural innovations and developing specifications for a field monitoring program.”

Oregon BEST is supporting the project with $66,000 in early-stage investment funding. Ken Vaughn, director of commercialization programs at Oregon BEST, said the project is an example of how a relatively mature clean technology can be improved through innovation, resulting in multiple benefits.

Oregon BEST offers a wide range of support for cleantech startups in Oregon, and currently has more than 35 start-up companies listed as Oregon BEST Companies that are receiving help moving their technologies toward the marketplace.