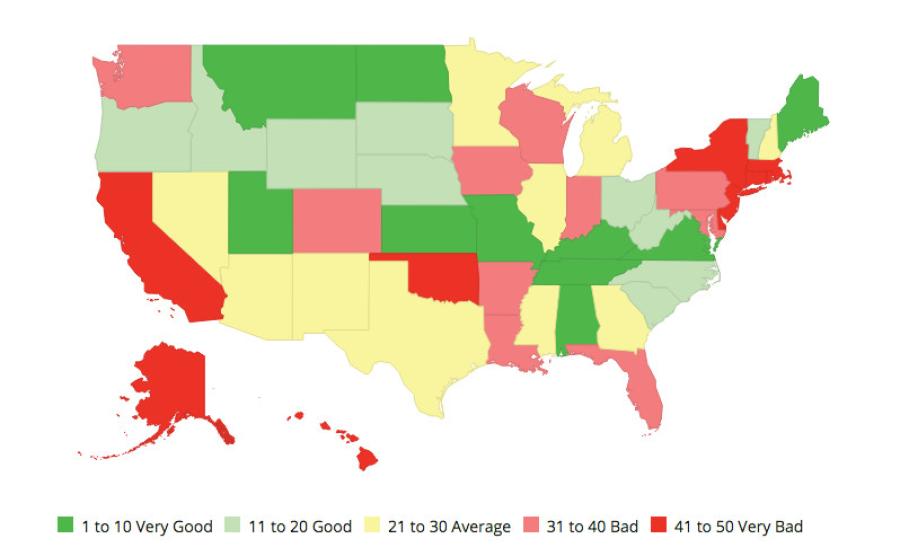 New Hampshire's highway system ranks 24th in the nation in overall cost-effectiveness and condition, according to the Annual Highway Report by Reason Foundation. This is a six-spot increase from the previous report, where New Hampshire ranked 30th overall.

On spending, New Hampshire ranks 24th in total spending per mile and 22nd in capital and bridge costs per mile.

"To improve in the rankings, New Hampshire needs to reduce its percentage of structurally deficient bridges, decrease its maintenance disbursements per mile and improve its rural arterial pavement condition. New Hampshire is in the bottom 15 for structurally deficient bridges, maintenance disbursements per mile and rural arterial pavement condition.

The Annual Highway Report is based on spending and performance data submitted by state highway agencies to the federal government for 2016 as well as urban congestion data from INRIX and bridge condition data from the Better Roads inventory for 2017. For more details on the calculation of each of the 13 performance measures used in the report, as well as the overall performance measure, please refer to the appendix in the main report. The report's dataset includes Interstate, federal and state roads but not county or local roads. All rankings are based on performance measures that are ratios rather than absolute values: the financial measures are disbursements per mile, the fatality rate is fatalities per 100 million vehicle-miles of travel, the urban congestion measure is the annual delay per auto commuter, and the others are percentages. For example, the state ranking 1st in structurally deficient bridges has the smallest percentage of structurally deficient bridges, not the smallest number of structurally deficient bridges.