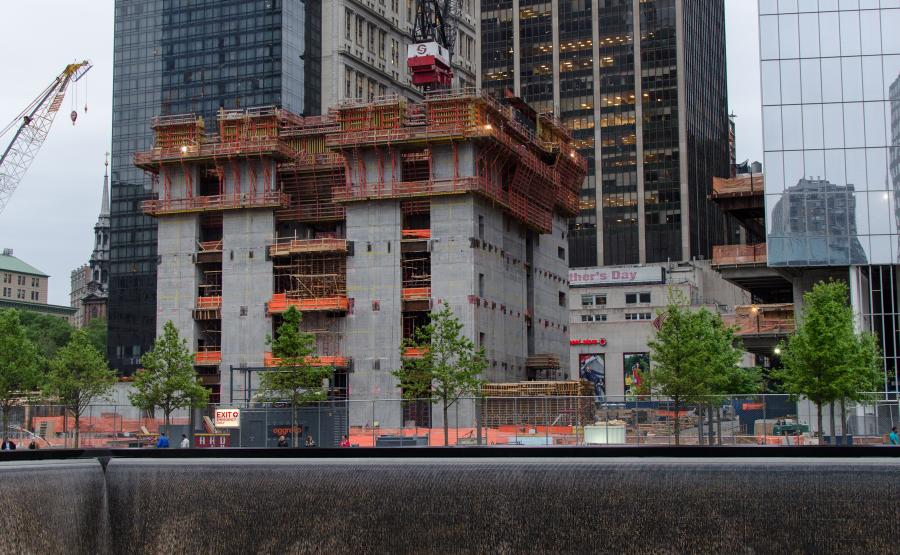 3 World Trade Center, under construction in May of 2012. Photo by Morgan Davis.

Fire officials said a crane had lowered material to the ground at about 8:30 p.m. and was bringing the cable and ball back up to the top when a gust of wind caused the ball to crash into a window.

There were no injuries and no debris fell to the ground.

An official with the city's Office of Emergency Management said the crane has been secured to the building, which currently is 45 stories high.

A spokesman for the builders, Tishman Construction, said safety inspectors were at the site investigating the incident. He said the glass panel will be replaced.