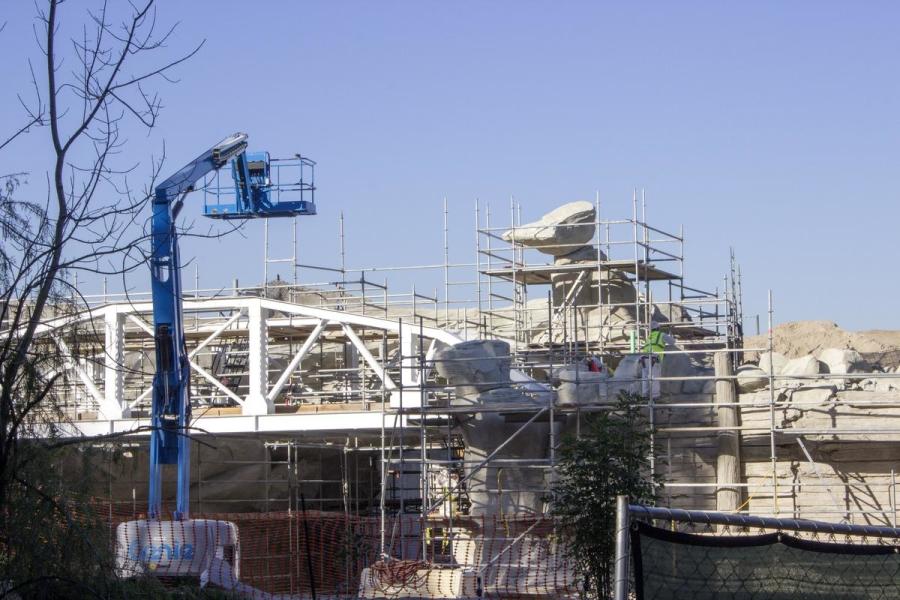 Construction of "Star Wars" land was visible from a temporary walkway between Frontierland and Fantasyland at Disneyland during the holidays. The walkway was open to relieve the crowd flow around the park during the busy holiday season.

The holiday season means the force of the crowd is upon Disneyland, so officials decided to help that crowd get around the park more easily by making part of the “Star Wars” land construction zone visible to visitors.

But to many fans of the Star Wars universe, it meant a peek at the construction activity in that area, which is normally hidden behind tall wooden fences.

Disneyland officials said it would only be open a few select days during the busy holiday season to alleivate the crowd flow between the two lands, and after the season ends, closed off again.

Key items visible include a bridge for the railroad, what appears to be a shack in the side of the rockwork, and tunnels that will eventually lead to the new land along the trail.

There were also signs showing concept art for the new land on the temporary fence on both sides of the hardened dirt pathway.

The walkway, Rivers of America attractions, and the Disneyland Railroad are scheduled to open sometime in the summer of 2017.