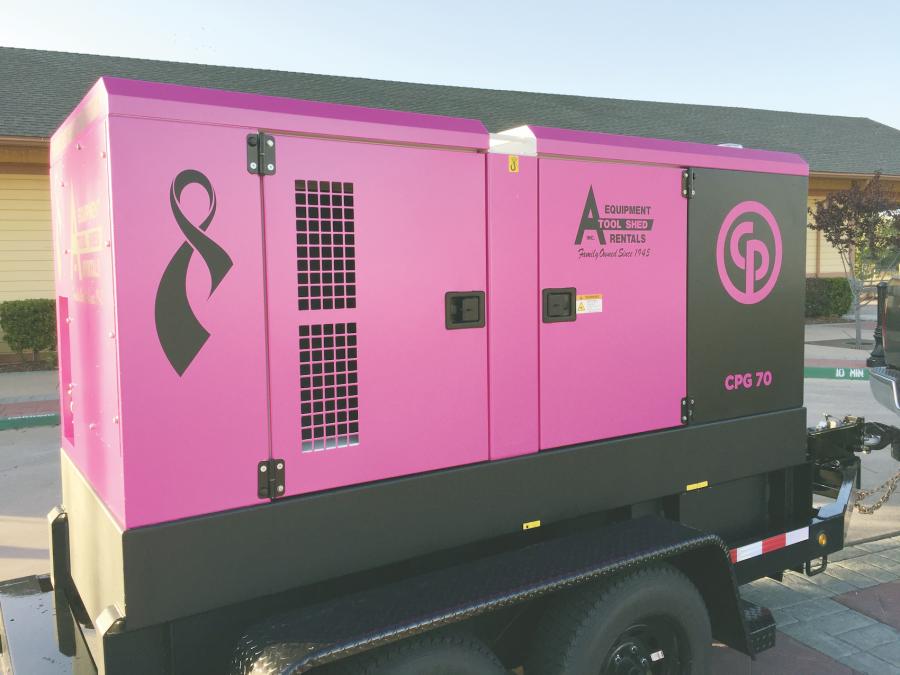 Since starting out in 1945 as a mom-and-pop shop in Sunnyvale, Calif., A Tool Shed Equipment Rentals has built up its brand over the decades. While the family-owned store is now on its third generation and much larger than it was when the company originated, one thing has stayed consistent throughout: the drive to help out local charities.

The rental store now has seven locations throughout Northern California. Originally opened by Robert MacArdell as a surplus store, “The White Elephant” after World War II, the rental stores are now under the leadership of MacArdell's grandson, Robert Pedersen, who is the president and CEO.

The company mostly concentrates on renting out construction equipment, general tool and industrial. It targets customers who are mostly small contractors in landscaping, remodeling and home building, but also serves industrial customers and some larger contractors who perform roadwork.

Giving back to the community has always been at the forefront for A Tool Shed. This year, a big initiative for the rental store was supporting local breast cancer charity walks. Pedersen and his team like to involve their equipment and this year donated generators, lights and power cords for the walks.

Recently, they bought four Chicago Pneumatic (CP) generators and decided to have one of the generators painted pink. The pink CP generator was featured at all of the local breast cancer awareness walks. Now, A Tool Shed will rent out the generator with part of the proceeds going to the Breast Cancer Awareness Foundation.

“This was a two-fold idea — for one, the Breast Cancer Awareness Foundation will receive proceeds from the rental of the pink CP generator, but also the generator will continuously promote awareness around the area while being utilized on several different job sites,” said Pedersen. “The proceeds are ongoing, so as long as the CP generator is being rented by our customers, we'll continue to keep donating.”

A lot has changed in the 70-plus years that A Tool Shed has been around. However, two things have stayed consistent in the company: family ownership and generosity to the community around them. While the store plans its next big local initiative for 2017, one big pink CP generator will continue to generate proceeds for a good cause well into the New Year.